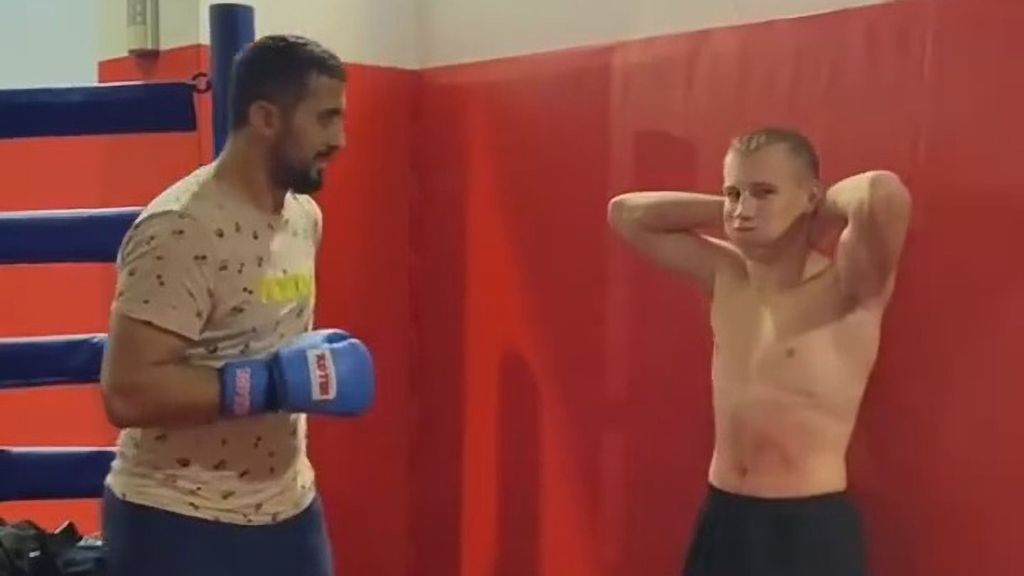 Parents in Russia have rallied behind a boxing coach after a video of him punching students in the stomach with a gloved fist went viral on social media. The video led to him being fired for what he describes as a commonly used technique.

The regional Boxing Federation said it fired Aleskerov Tapdyg Nizami Ogly, 28, a boxing trainer from Astrakhan in southwestern Russia, for “unprofessionalism” after the video went viral with 5.1 million views on YouTube.

Ogly posted the video on his YouTube channel, Boxing Club Alesboxing, on Oct. 30 to highlight his training process.

The footage shows Ogly hitting two students in the abdomen with a gloved fist to test their endurance for body shots.

“This technique is used by many coaches. Every trainer carries out exercises according to their own methods, and the Astrakhan Boxing Federation should not have deprived me of work,” Ogly said.

“I would like to point out that the students in the video took part voluntarily, of their own free will, and no one was forced into it.”

Following the trainer’s dismissal, parents of his students released a video in his defense, confirming that their children, who had been training for a long time, took part in the boxing exercises voluntarily.

They said their children have adopted a healthier and more disciplined lifestyle since taking up the sport, and that they often attend classes to watch their children train. They said Ogly is an excellent coach.

Ogly, who has been coaching boxing for six years, said: “I do not think it was fair that I lost my job because it was not done legitimately, just based only on the video clip. My students said they have no complaints about my coaching methods and that they did not feel any physical pain in this particular exercise.

“It is a normal technique; many coaches use it when preparing an athlete for a serious competition. There are many scientific articles on this topic. It is strongly developed in all martial arts.”

Tutorials on YouTube and other online posts demonstrate how to take a body shot in boxing training.

Ogly said: “This technique helps the athlete break through the pain barrier, it prepares them psychologically and strengthens the abs as well because in a bout you can receive a body blow and lose the fight.

“This technique does not pose any risks because, as with any professional in my field, I fully understand the capabilities of all my students and I have an individual approach to each person and I can determine how much they can take.”

Ogly said he has been stripped of his license and is out of work.

“The parents of my students wrote a complaint to the boxing federation to reinstate me.” he said.

«Previous Post
Notorious Belarusian Hacker Not Afraid Of United States’ ‘Long Arm Of The Law’»Next Post
VIDEO: Bear-ing Up: Bruin Rescued After Trapping Her Head In A Jar For A Month