Sergey Pavlovich says he is now a legit businessman, and isn't worried because the U.S. and Russia have no extradition agreement.
By Joseph Golder November 15, 2021
Facebook
Twitter
Linkedin
Email 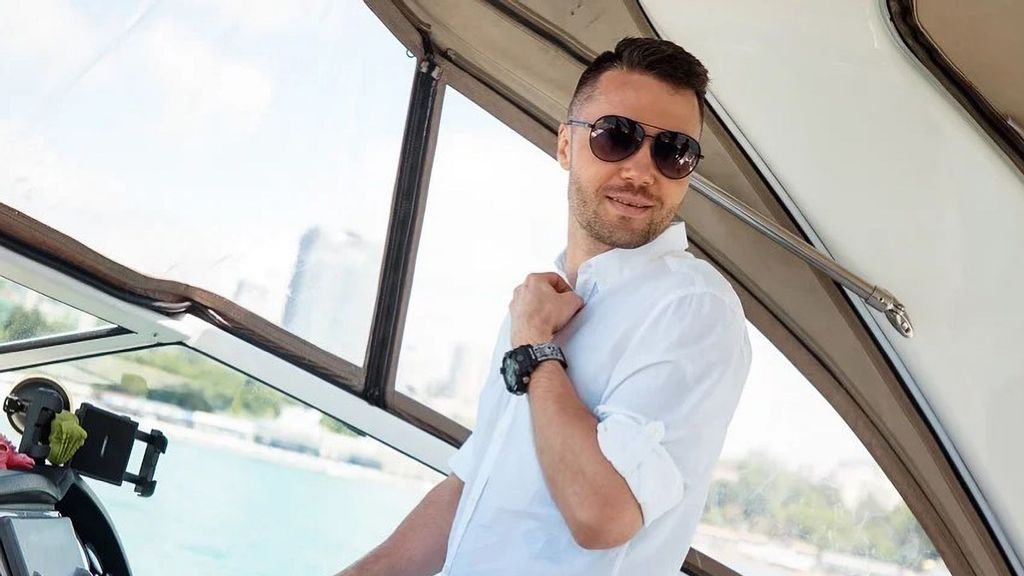 Sergey Pavlovich, a notorious hacker who served time in a Belarusian prison, cannot be extradited by Russia to the United States because the two countries have no such agreement. (Courtesy Sergey Pavlovich)

A notorious Belarusian hacker, wanted by the United States for his role in cyber criminal activity that stole millions of credit card numbers in 2008, says “the long arm of the law” cited by the FBI director has no teeth.

Sergey Pavlovich, a book author, businessman and social media influencer with 1.2 million subscribers, said the fact that he is still a wanted man in the United States is “unfair” because he has already done his time in prison in Belarus.

Pavlovich was taken into custody in St. Petersburg, Russia, on Nov. 1 on an Interpol warrant, but was soon released because the U.S. and Moscow do not have an extradition agreement. The arrest came amid growing pressure on the Russian government by the administration of President Joseph R. Biden Jr. to go after cybercriminals.

FBI Director Christopher Wray said in remarks on Nov. 8, announcing the arrest in Poland of an alleged perpetrator of a major ransomware attack: “Most of the time, the actors themselves are trying to hide abroad. But as we’ve shown time and again, we’ll still pursue them, disrupt them and hold them accountable — the long arm of the law reaches a lot farther than they think. And we’ve got ways of disrupting those sheltering in places like Russia.”

Reacting to the comments, Pavlovich said: “America and Europe can only arrest Russian hackers outside of Russia. Therefore, I am sure that nothing will happen to our hackers, due to the fact that they do not steal from Russian citizens and companies, and accordingly, the Russian authorities have nothing to punish them for, and there is no agreement on the extradition of criminals between Russia and the United States. Vicious circle.”

Pavlovich, who was involved with the defunct Cardlanet.com website that stole some 40 million credit and debit card numbers from U.S. retailers, served eight years in prison in Belarus. His attorney said at the time that the charges were based on a U.S. indictment naming him and 10 others in 2008.

The author of “How to Steal a Million: The Memoirs of a Russian Hacker,” published in 2013 while he was in prison, says he is reformed.

He said he and his attorney “are trying to prove to the American prosecutor’s office by my sentencing orders from the Belarusian court that I was fully punished for the actions of which the U.S. government accuses me.”

“My lawyer, Igor Litvak, is in touch with the American prosecutors, and now we are all waiting for the Belarusian court to provide me with copies of the verdicts,” Pavlovich said.

Pavlovich said the last time he committed a crime was in 2008, and that he is now a “legal businessman with official companies and 14 projects in IT and media.”

He said he became a carder — a person who specializes in stealing credit card information — when he was a teenager growing up in poverty in the former Soviet Union.

“My family, like most families in ex-USSR countries, was very, very poor. And this is one of the key reasons why good, young boys step into crime,” he said.

“Most Russian-speaking cybercriminals have only one parent,” he said, and his part of the world had been devoid of cheap credit, government-backed venture funds and start-up accelerators for talented young people.

“Now when I run a legal business, I also often suffer from hackers, carders and people who arrange … attacks. And the authorities of the United States and other developed countries have long perceived hackers and carders as ordinary criminals, while residents of Russia, Ukraine, Belarus and other countries perceive hackers almost as Robin Hoods, but we are still ordinary criminals.”

He said he no longer looks up to hackers for inspiration.

“I am inspired by world-famous businessmen now.”