The Great Falls Of China: Erupting Volcanoes Linked To The Downfall Of Ancient Chinese Dynasties 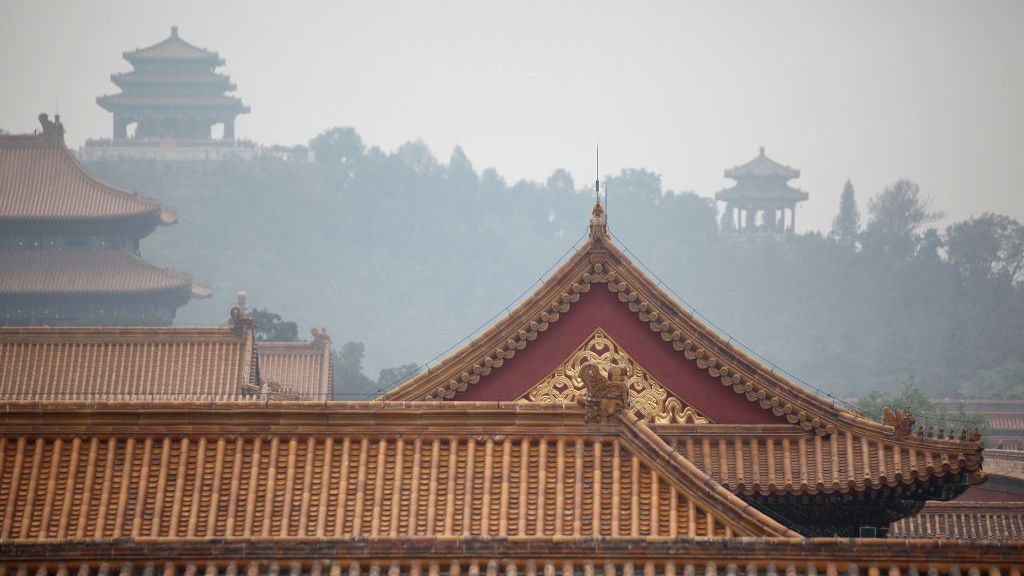 The Forbidden City was the Chinese imperial palace from the mid-Ming Dynasty to the end of the Qing Dynasty, in Beijing, China. A new study reveals a link between volcanic eruptions and dynastic collapse in ancient China. (Feng Li/Getty Images)

Over the last 2,000 years, volcanic eruptions may have triggered changes in climate that contributed to China’s ruling dynasties ending, researchers have determined.

Researchers compared records of polar ice cores with historical evidence. Volcanism has been tagged by scientists as an important factor in sudden climate change, such as cooler and drier weather that cause crop failures and mass livestock death. Until now, the role of these climate shocks has not been entirely understood because of the limited accuracy of historical records and climate evidence.

The researchers delved into Chinese records that gave precise dates of collapses, allowing them to examine individual cases that may or may not have been preceded by climate change. According to Ludlow, this allowed the research team to “look simultaneously at many collapses to see whether there is a repeated pattern where a change in climate was followed by collapse.”

Study co-author John Matthews said that while researchers have linked many eruptions to historical records, the ruin of some dynasties may have been preceded by volcanism merely by chance. To test their data, Matthews said “we ran the numbers and found there would be just a 0.05 percent chance of seeing so many collapses preceded by so many eruptions if that had actually happened randomly.”

The authors cautioned that some dynasties could withstand multiple large eruptions before their eventual collapse, which means that the link between eruptions and dynastic end-times is far from a given. The team looked at the role played by explosive volcanism when combined with other sources of instability, such as war. They found, for example, that warfare was prominent before dynastic collapse, but the study also revealed a strong link between the level of climatic shock caused by volcanism and the level of pre-eruption sources of stress.

“We found that even a small volcanic eruption might help trigger a collapse when pre-existing instability was high. Larger eruptions, however, could trigger a collapse even when pre-existing instability was minimal. So as ever, historical context is key to understanding how climate can impact a society,” said study co-author Chaochao Gao. She said societies should prepare for the “next big eruption,” noting that the eruptions of the 20th and 21st centuries were small in comparison to those of previous centuries.

«Previous Post
How The Hornbill Changed The Economy Of An Indian Village»Next Post
Reptile Dysfunction: Giant Lizards Choking On Condoms Left Behind By Tourists