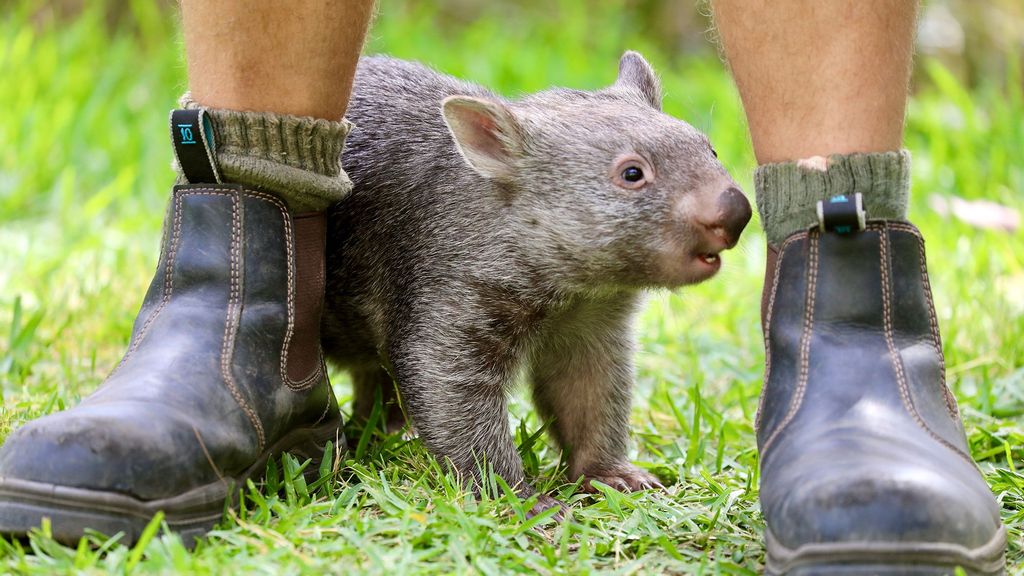 A baby wombat has a new home in an Australian zoo after her mother was killed by a car and the little joey was found alive in her pouch.

“A video was released of the little bundle of joy on the Australian Reptile Park page last night, and it looks as though Poppy is a hit online, with the video being viewed tens of thousands of times in just 12 hours.”

Her rescue was due to a passerby, who checked the dead animal’s pouch and saw little Poppy staring back.

The wombat joey was brought to the Australian Reptile Park, where zookeeper Daniel Rumsey became her “new carer and surrogate mom.”

The Australian Reptile Park said Ramsey is giving the wombat “around the clock care, including a bottle feed at 3 a.m. and the cuddles she craves.”

Rumsey said: “It’s always hit-and-miss with little orphans like Poppy. It’s hard to know if they’ve been exposed to disease, are malnourished, or even injured in the accident.”

He said she survived “like a true champion” and is “full of beans and has quickly won over everyone here at The Australian Reptile Park. She’ll follow you everywhere you go, loves cuddles and loves her bottles even more!”

After the death of Poppy’s mother, Rumsey said: “Cars are one of the biggest threats to Aussie wildlife. With so many people now out on the roads after New South Wales is opening back after lockdown, we are calling for people to slow down.”

Many animals are “killed by vehicles each year, and if we all took a little more care, we can decrease the number dramatically,” he said.

The Australian Reptile Park said Poppy will remain with them until she is around a year old. Experts will then establish if she is “strong enough to be released to the wild.”

Until then, animal lovers can visit Poppy at the park’s animal-encounter program.

The zoo has reopened as a COVID-Safe business and observes all government rules “to keep its staff and visitors safe.”

The biggest threats to wombats are habitat loss and competing for food with other herbivores, such as rabbits, cattle and sheep.