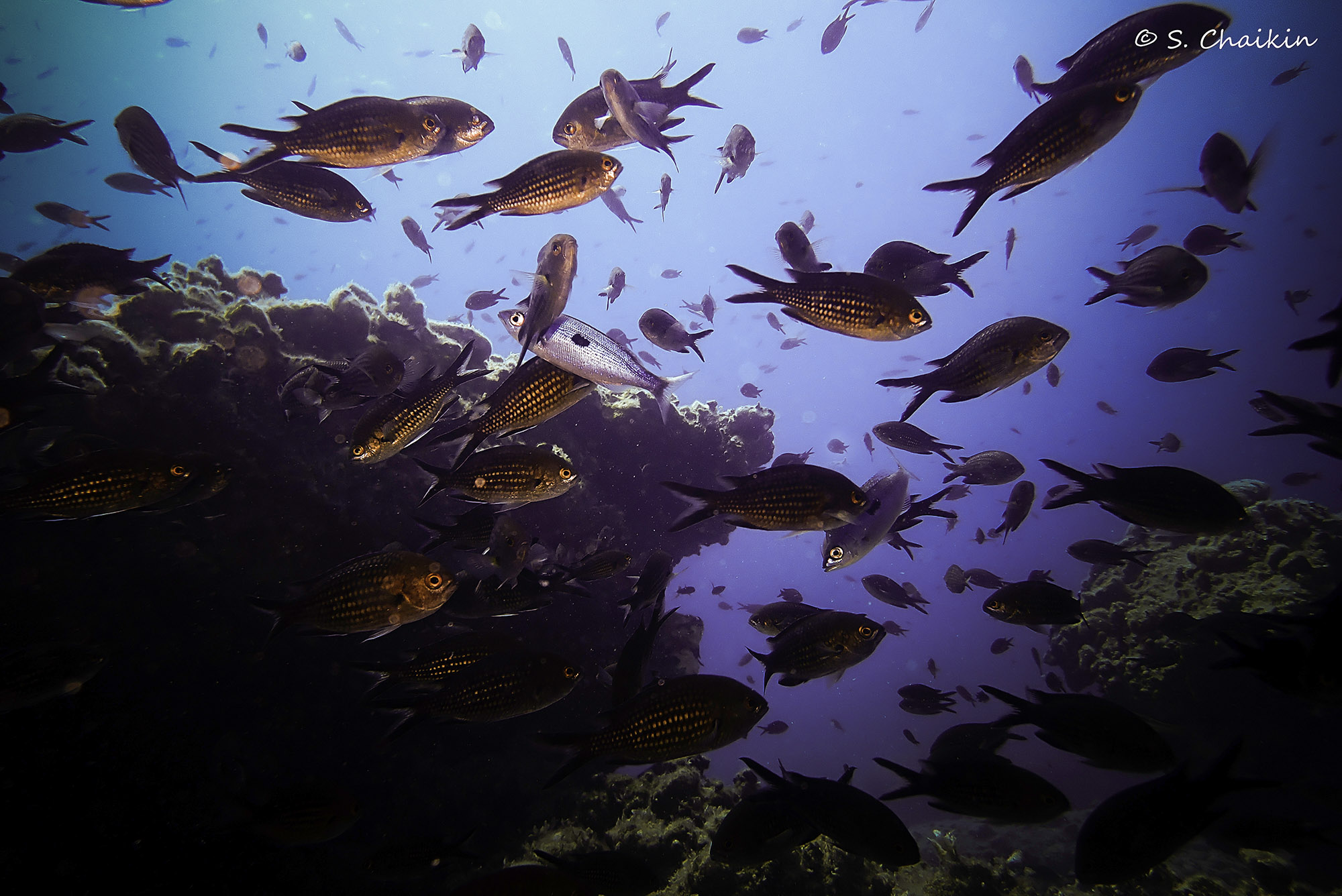 Fish and other marine species are swimming deeper in the Mediterranean Sea to escape rising water temperatures, according to a new study. (Shahar Chaikin/Zenger)

Fish and other species are migrating to deeper waters in the Mediterranean Sea as climate change heats up surface water, threatening both conservation efforts and the fishing industry, according to a new study.

Experts at Tel Aviv University looked at the effect of warming waters on hundreds of species in the Mediterranean Sea. They analyzed data collected on 236 species in trawling surveys, in which a boat drags a net to collect species, and catch depth is recorded. They found that dozens of different fish, mollusks and crustaceans are migrating deeper as they flee warming temperatures.

“It should be remembered that the Mediterranean was hot in the first place, and now we are reaching the limit of many species’ capacity,” said Professor Jonathan Belmaker. “Moreover, the temperature range in the Mediterranean is extreme — cold in the northwest and very hot in the southeast. Both of these factors make the Mediterranean an ideal test case for species’ adaptation to global warming.”

The study, led by PhD student Shahar Chaikin under the supervision of Belmaker, revealed that species are deepening their minimum depth limits in parallel with warming water temperatures, from the west to the east Mediterranean.

Sea life across the Mediterranean migrated an average of 180 feet, a range of about 6 degrees Celsius (11 F), according to the study, published in the journal Global Ecology and Biogeography.

The change was not the same for all species, with cold-water species deepening more than warm-water ones.

“The minimum depths for species in the Mediterranean are getting deeper, while the maximum depths remain stable,” Chaikin said.”The deepening effect was found to be more significant among cold-water species. In contrast, there are species that function within a narrow temperature range and at a certain depth that deepen much less, probably because they cannot survive in deeper water.”

The researchers say the migration is likely to have a damaging effect on conservation efforts and on the fishing industry.

Temperature-driven migration has been documented before, in the Arctic where narwhals have been forced into the open ocean due to warming fjords. But researchers say the warming process is especially pronounced in the Mediterranean, where the average water temperature has been rising by one degree Celsius (1.8 F) every 30 years and is accelerating.

According to the researchers, the study shows that by looking at the traits of species, their reaction to the increasing temperatures can be predicted. This could be valuable knowledge for future conservation programs.

Conservation plans will have to account for species living in deeper than usual waters and marine reserves will need to be defined to provide shelter for species that have migrated, he said.

The fishing industry will also need to adapt with more focus placed on deeper waters. This will force boats to sail further into the ocean and burn more fuel. Belmaker warned that despite the ability of species to adapt to warmer waters, there is a limit, and the limit is the seabed.

“We are already seeing deep-sea fish like cod whose numbers are declining, probably because they had nowhere deeper to go,” he said.