How The Hornbill Changed The Economy Of An Indian Village

A hamlet in Himalayan West Bengal is a hotspot for bird-watchers eager for a sighting of the Rufous-necked Hornbill. 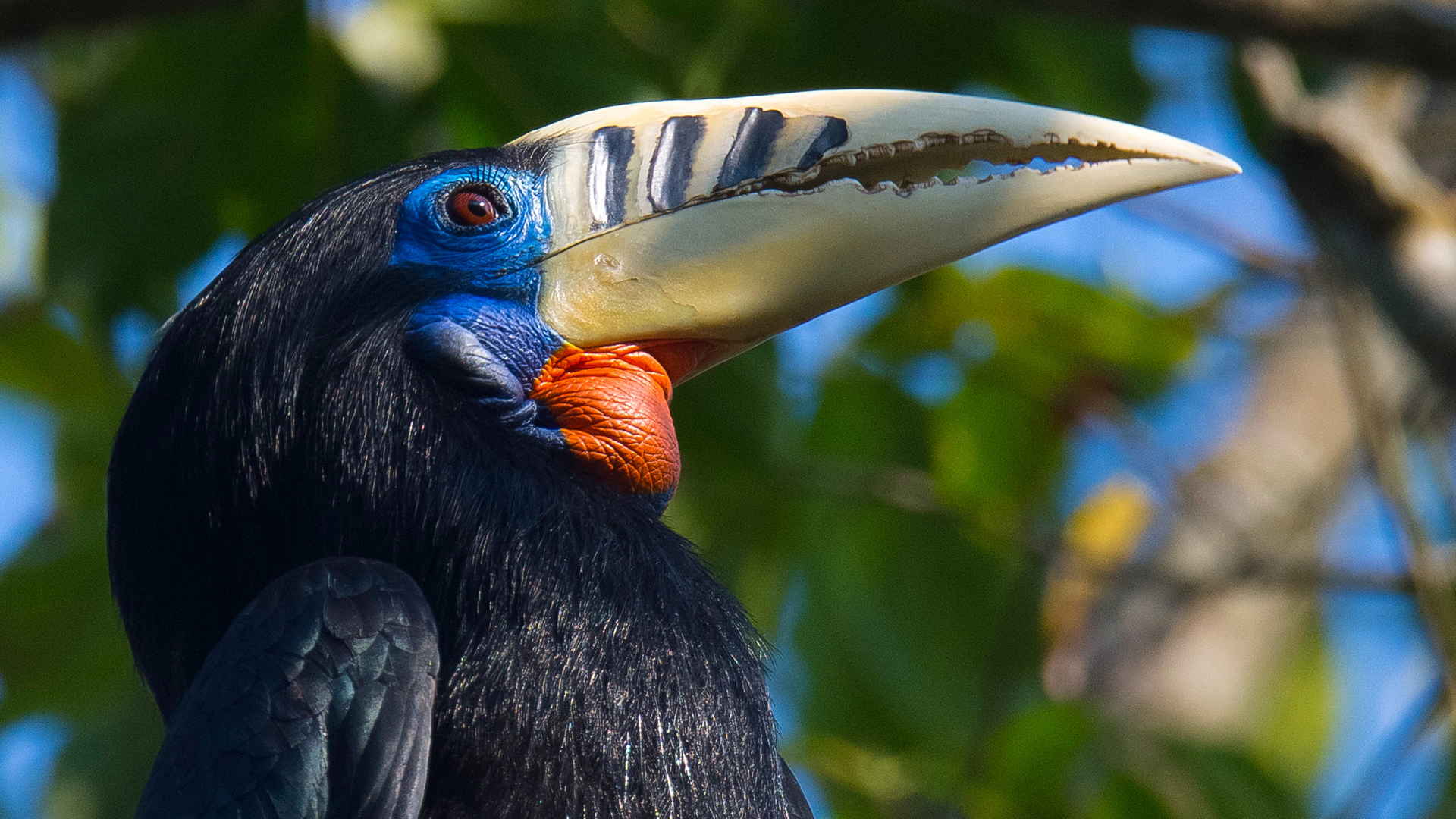 SILIGURI, India — “I never thought that the Dhanesh Chara (Rufous-necked hornbill in the Nepali language) would become the source of my living and, eventually, change my life,” Parag Gurung, a 30-year-old birding guide in Latpanchar in the Kurseong subdivision of Darjeeling district, told Zenger News.

“I have grown up seeing this colorful, large-beaked bird flying and nesting in the woods around my village.”

Latpanchar is a quaint Himalayan village mostly visited by tourists looking for an offbeat holiday destination. It is located at an altitude of 5,000 ft above sea level on the hilly tracts of the Mahananda wildlife sanctuary.

Due to its proximity to the core area of the sanctuary, the region is home to about 250 species of birds including the Rufous-necked hornbill, a threatened species according to the International Union for Conservation of Nature Red List.

With a length of about 117 centimeters (46 inches), it is among the largest Bucerotine hornbills. The underparts, neck, and head are rich rufous (reddish-brown) in the male, but black in the female. The population of this large hornbill has been declining because of the destruction of evergreen forests and hunting.

Hornbills (Bucerotidae) are a family of birds found in tropical and subtropical Africa, Asia and Melanesia. They are characterized by a long, down-curved bill which is frequently brightly colored and sometimes has a casque on the upper mandible.

“This avian variety is currently found in Bhutan, Myanmar, southern Yunnan, and south-east Tibet, China, Thailand, Laos, and Vietnam,” said scientist and conservationist Rohit Naniwadekar. It is thought to be extinct in Nepal, and to be close to extinction in Vietnam. In India, the largest populations and greatest extent of suitable habitat are in Arunachal Pradesh, Sikkim, and the northern part of West Bengal.”

Besides the breathtaking view of the snow-capped Mount Kanchenjunga in Sikkim, Latpanchar is gaining popularity among tourists for its birding potential. Bird enthusiasts from all over India and abroad, flock to Latpanchar for a rare sighting of the Rufous-necked hornbill (Aceros nipalensis).

The hamlet has become a birding hotspot after three birdwatchers in 2006 — Peter Lobo, Dipankar, and Nabanita Ghosh — wrote about the species in Indian Birds, a prestigious South Asian ornithology journal.

“The Rufous-necked hornbill and other mountain birds have attracted hundreds of bird watchers in Latpanchar and other parts of the Mahananda Wildlife Sanctuary, Senchal Wildlife Sanctuary, and the Neora Valley National Park, a popular birding trail frequented by birders and nature photographers in this region,” said Noel Fonning, a bird watcher from Siliguri, in West Bengal.

“Though there is no official count of national and international bird watchers who come to this village and the region, the number of visitors is increasing every year. Earlier, the season for such visitors was winter to late spring, but the trend has changed now as we can see birdwatchers visiting all year round,” Fonning said.

“I have visited Latpanchar once in 2014 and twice in 2015 and on all three times I have been lucky to see and photograph the rare Rufous-necked hornbill,” said Gururaj Morching, a Bangalore-based professional bird watcher.

“On all three occasions I stayed in the home stays managed by the locals and hired a bird guide from the village who had good knowledge about the forest terrain and spots from where the hornbill can be easily sighted,” said Morching, whose  Big Year was in 2018 where he spotted 953 different species of birds in a single calendar year.

With the bird watchers and other tourists coming in, the villagers of Latpanchar have spotted a business opportunity. They’ve opened up their homes as home stays. There are more than 12 home stays and eleven bird guides who are dependent on the birding tourism that has developed in the village, said Gurung, who earns Rs 1,000 per day for bird tours.

“Bird guides escort the bird watchers and photographers in the forest and help them sight birds in their local habitat. There are both senior and amateur bird guides and the guiding fees vary between INR 500 and INR 1,000 a day [roughly $6-13], depending upon the experience,” said Gurung, who is pursuing a degree in Zoology through distance education.

Gurung adds that his degree will help him to better understand the region’s biodiversity.

“Birding has helped create an ecosystem that has boosted the economy of the village that has around 800-1000 families,” said Sabir Subba, a bird guide who also runs the Latpanchar Homestay. “Earlier, most people here used to work either in the Cinchona plantations or have migrated to different places of the Darjeeling hills for jobs.”

The bark of the Cinchona tree is used to extract the anti-malaria drugs Quinine. Cinchona plantations were established in the Latpanchar region in 1943. The first Cinchona plantation in the area was established at Mungpoo in 1862 under the supervision of Dr Thomson Anderson, Superintendent of the Royal Botanical Garden, Calcutta. The plantations were set up by the ruling British Raj to ensure a steady supply of anti-malarial drugs.

“From taxi owners to small eateries and traders, everyone has benefited by the tourism activity revolving around the bird,” added Subba.

Today, tourism in the area has spread beyond Latpanchar village to nearby Selphu and Sitong. Together the area is one of the most attractive tourist destinations for ecotourism in the region.

“The local community, local guides and local home stays are a key to sustainable tourism in Latpanchar,” said Peter Lobo a professional bird watcher who runs All India Birding Tours, a Kalimpong based birding company.

“It can become a top birding destination in the world because of the exotic species found here. If the roads are better developed, it would be easier for more tourists to come,” Lobo said.