Anthony Davis called out the Lakers after their 107-83 loss to the Wolves: “We sucked… We gotta decide who we want to be.” 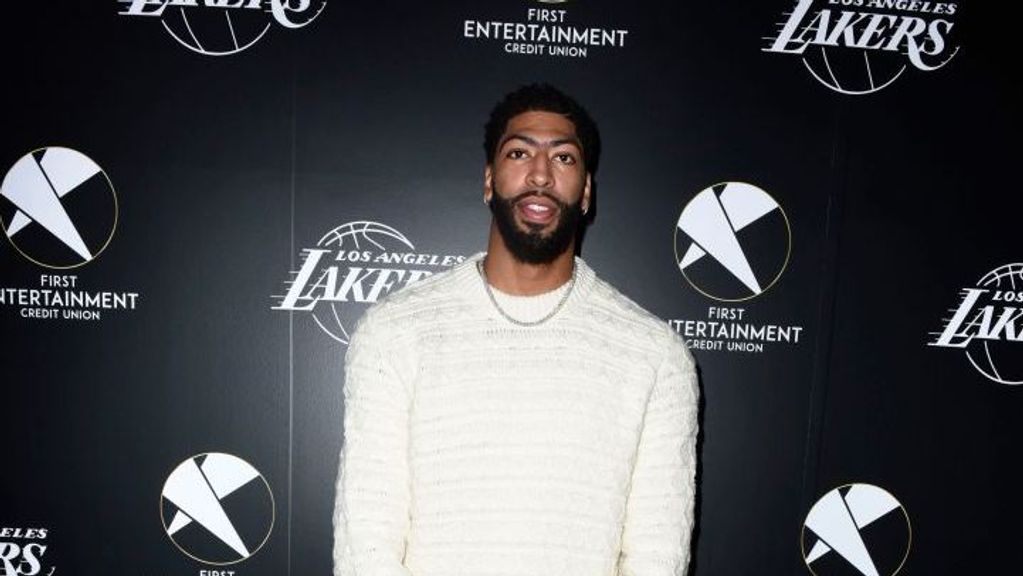 Anthony Davis said Friday's 107-83 loss to the Minnesota Timberwolves felt very similar to the Lakers' loss against the Portland Trail Blazers on Nov. 6, since the team played with barely any effort or energy in both contests. (Vivien Killilea/Getty Images for First Entertainment)

Following the Los Angeles Lakers’ 107-83 loss to the Minnesota Timberwolves on Friday night, Anthony Davis didn’t mince words when discussing his team’s struggles — particularly in the third quarter (when Los Angeles was outscored 40-12 by Minnesota).

“We sucked,” Davis said. “No defense. Can’t score. That’s not just this third quarter; every third quarter we’ve played this season, we’ve come out slow, lackadaisical offensively and defensively. We got to get it together. Why? I can’t tell you. But we gotta do a better job. I mean, we scored 12 points in the third quarter, and they scored 40. That’s the game right there.”

Davis is right: The Lakers have been outscored in the third quarter in eight of their 13 games (including five times by double digits). On the season, Los Angeles has been beaten 408-321 in third quarters.

“Obviously, our effort hasn’t been good enough in the third quarter consistently throughout this season,” Lakers head coach Frank Vogel said. “We’re talking about it and we’re challenging our guys to be better. We were getting beat to loose balls, we weren’t keeping our man in front of us, we weren’t taking pride in protecting the rim, and I think we lost four or five loose balls consecutively. We gotta be better with that.”

Davis said that this defeat felt very similar to the Lakers’ loss against the Portland Trail Blazers on Nov. 6, since the team played with barely any effort or energy in both contests.

“We gotta decide who we want to be. A championship team? That’s not us right now,” Davis said. “We’re not winning a championship the way we’re playing. We have to be better, and we have to care more for our wins at home and our wins in general. That was embarrassing. To be up five at the half… obviously, this team shoots a lot of threes and they have guys who can score the basketball, but there was just no effort in the third quarter.”

“No sense of urgency,” Wayne Ellington said. “We come out slow, trying to get into the game instead of coming out at full speed. It’s been a struggle for us and something that we gotta be better at. Tonight, there was no excuse. We were all disappointed.”

“Sometimes, we come out and are fine; sometimes, we don’t,” Russell Westbrook added. “The inconsistency is a problem.”

The Lakers are now 7-6, which puts them in the Western Conference’s seventh seed (and 4.5 games back from the first-place Golden State Warriors).

“What we can’t do is point the finger [like], ‘It was you! It was you! This play was you!’ We have to stay together,” Davis said. “And we stay together, but we also got to learn from the film. Film tomorrow is going to be big for us, to have another heart-to-heart about these types of games. We hate feeling this way. Obviously, we’re going to lose games; everyone loses games. But [it’s about] doing it the right way, having a team actually beat us and not beating ourselves. Those are the frustrating ones, when we beat ourselves… We hate losing games like that. But we have to learn from it and, most importantly, we have to stay together.”

While the Lakers were missing LeBron James, Talen Horton-Tucker, Kendrick Nunn, Trevor Ariza and Austin Reaves on Friday night, Davis and his teammates felt that they still should’ve won this game.

“It’s still fairly early — it’s only game 13 — and we still don’t have all of our guys back. But we have enough guys to win basketball games and we gotta continue to do what we do and play Lakers basketball,” Davis explained. “Some games we see it, some games we don’t. We’ll see it for a half, but the other half we don’t… We gotta put together a stretch of games where we’re playing our style of basketball for 48 minutes and live with that result.”

“There’s no excuse for us to come in and have a performance like we did tonight,” Ellington added. “That team is not better than us.”

While the team is frustrated about these recent struggles, it’s important to realize that the Lakers are going through an adjustment period after bringing in so many new players. Only three players returned from last year’s squad: James, Davis and Horton-Tucker. They’ve added 14 new players and while some are familiar faces — like Dwight Howard, Rajon Rondo and Avery Bradley, who were on the team as recently as the 2019-20 championship season — it’s taking time for this group to get on the same page.

“We know that we’re a good team,” Davis said. “You think about the long-term and that big-picture goal, but we want to win now. And it just sucks because we don’t know our full team, our full capability of what guys can bring to the team. But when we get everybody back, we know that we’ll be a great team. But we still gotta do what we do, no matter who’s on the floor. We still have to follow our principles on both ends of the floor.”

“It’s all new, man,” Ellington explained. “We’re all getting adjusted and we’re all still learning each other. Obviously, we want to win games while we learn each other, but [it’s tough]… Guys have been in and out and we really haven’t had a steady lineup yet this season, and we understand that. We see the big picture. But at the same time, we feel like we could be jelling a bit better. But we also understand that it takes time and that this is a marathon. We have a veteran team [with] guys who have played a lot of games in this league, and nobody is ready to go crazy… It’s a process, man. We’re all learning each other and it takes time; it don’t happen overnight… But I feel like it’s going to start coming together, for sure.”

The Lakers will look to bounce back on Sunday afternoon as they host the San Antonio Spurs, followed by a date with the Chicago Bulls on Monday night.