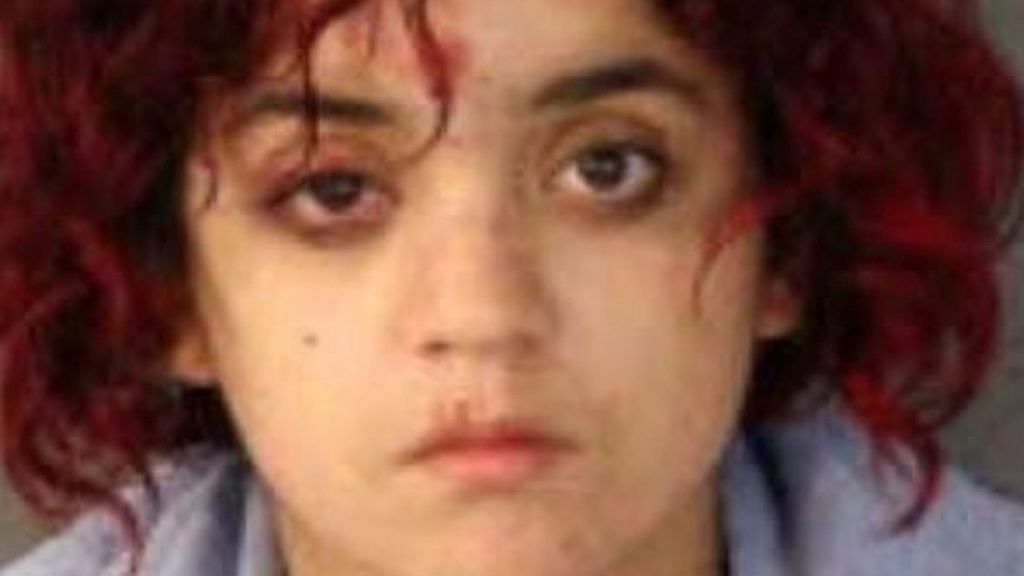 Anastacia Andino is one of the women arrested in connection with stealing a car with a baby inside in Newcastle, California. (Placer County Sheriff's Office/Zenger)

Two women accused of stealing a car with a baby inside, from the parking area of a daycare center, have been arrested following a pursuit that ended shortly after the driver crashed the vehicle and fled on foot. The details of the charges the women face have not been released.

The Placer County, California, Sheriff’s Office said the parents had briefly stepped away from their car to take their 2-year-old child into the daycare center in Newcastle on the morning of Nov. 11. Their 7-month-old child was still in the car, in a child safety seat, when the two women stole the car, the sheriff’s office said.

“Within minutes, a sheriff’s deputy located the stolen vehicle traveling west on Interstate 80 near Auburn. As the deputy attempted to stop the car, the driver sped away, exiting on Highway 193,” the sheriff’s office said. “The pursuit ended when the driver crashed the vehicle into a power pole.

“The suspect passenger, identified as 23-year old Anastacia Andino of Folsom, was detained almost immediately. The driver suspect, 29-year old Roniqua Wartson of Elk Grove, fled into a nearby wooded area. She was located and arrested about 30 minutes later, thanks to air support from the California Highway Patrol, our deputies on the ground, and officers from Roseville and Auburn police departments.

“Thankfully, the child was not injured and was quickly returned to the parents,” the sheriff’s office said.

The parents were not named in the sheriff’s office report posted online.

The California Highway Patrol Valley Division Air Operations posted video online of Wartson being arrested in the woods. The message accompanying the video says: “This morning, a woman stole a car in the Newcastle area which had a 7-month-old in the back seat. As she fled the area, Placer County Deputies located the vehicle. Deputies attempted an enforcement stop, but the suspect fled from deputies before crashing into a pole on Highway 193.

“The suspect then fled into a field, hiding from responding officers. Placer County deputies maintained a perimeter, as Roseville Police Department had a K9 officer assisting in the search. California Highway Patrol helicopter (H-20) arrived overhead and located a heat source hiding in dense brush. The K9 was able to crawl through the brush, locating the suspect. She was then taken into custody.”

“It is unknown at this time what the suspects were doing in the area,” the sheriff’s office said.