The large spider will produce far more venom than average, which is needed to produce life-saving antivenom. 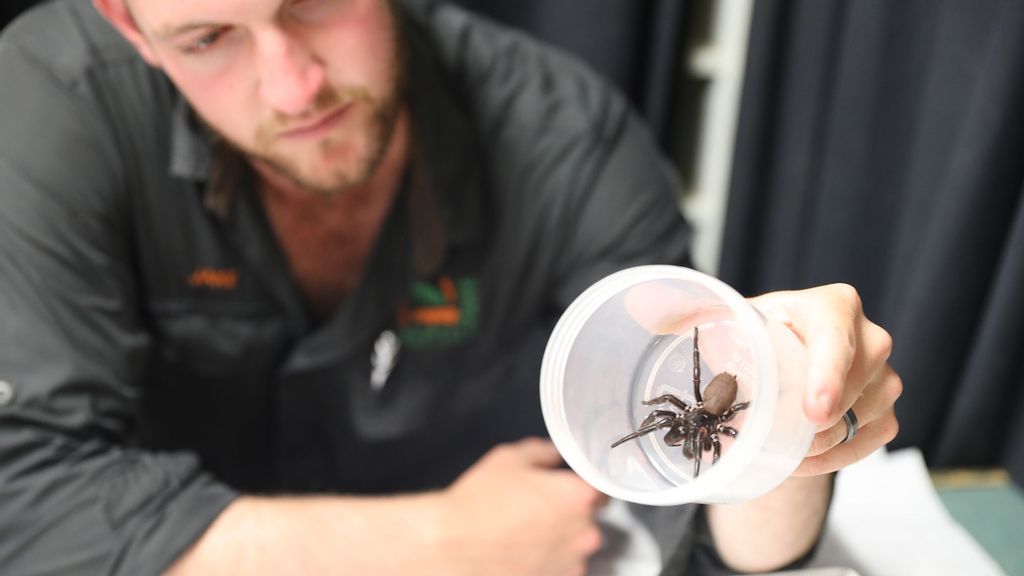 The largest funnel-web spider ever seen by the staff at Australian Reptile Park was recently handed in by an anonymous donor. The spider can be milked to extract the venom needed to create an antidote for bites.

At 3 inches, it is almost twice the size of the average funnel-web spider.

The arachnid’s size also means it has fangs big enough to bite through a human fingernail. It will produce far more than the average amount of venom needed to produce life-saving antivenom.

Staffers are hoping they can find the anonymous donor who left it in a plastic container at one of their drop-off points, so other spiders might be found. The spider had been left in a container without any labels after being collected somewhere between Sydney, the Central Coast and Newcastle in Australia.

Nicknamed Megaspider by staff at the Reptile Park, the recent high humidity and rainy weather are perfect conditions for these spiders to thrive. There are at least 40 species of funnel-web spiders. While most funnel-webs are ground dwellers, a few live in trees.

The spider was probably donated by someone answering an appeal to catch them alive, so researchers can produce the antivenom, which saves hundreds of lives every year. The Australian Reptile Park is the only zoo in Australia that milks the spiders for their venom to make the serum.

“Having Megaspider handed into the venom program is so amazing. In my 30-plus years at the park, I have never seen a funnel web spider this big,” Michael Tate, education officer of the Australian Reptile Park, said in a statement.

“She is unusually large, and if we can get the public to hand in more spiders like her, it will only result in more lives being saved, due to the huge amount of venom they can produce. We are really keen to find out where she came from in hopes of finding more massive spiders like her.”

The male of the Sydney funnel-web spider variety is believed responsible for all recorded deaths and many medically serious bites, according to the Australian Museum.

Promoting the drop-off points, Tate said: “People can bring any collected spiders to the Reptile Park itself. However, if they can’t get to us, we have drop-off zones around Sydney, the Central Coast and Newcastle. All facilities are provided with a spider safety kit to house the spiders until the Australian Reptile Park staff can come and pick them up each week.”