A Swiss zoo successfully hatched two offspring. The parents are so protective of their young that zookeepers can’t get near them. 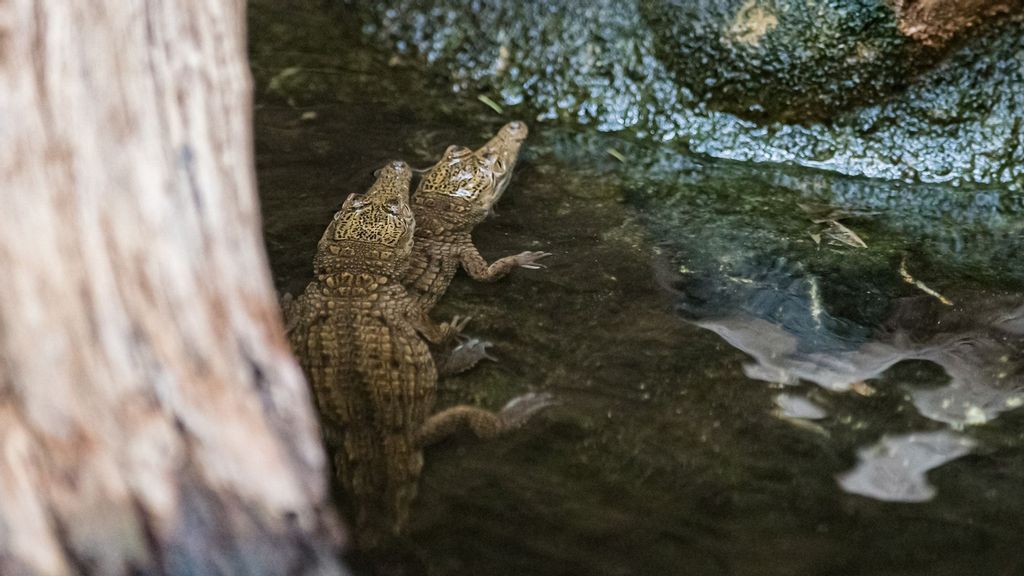 Two Australian freshwater crocodiles relax in their vivarium at a Swiss Zoo, the first zoo outside Australia to successfully breed the species in nearly 30 years.

The little crocs hatched at Basel Zoo in Switzerland and the video shows them in their new home.

The zoo said it is only the second zoo outside of Australia to successfully breed the species. Europe has 13 aquariums and zoos keeping freshwater crocodiles.

The parents of the younglings were hatched in Frankfurt Zoo in Germany in 1994 and became the first freshwater crocodiles born outside of Australia.

Zookeepers then took the eggs from the sand nest, which is not suitable for incubation, and placed them in a specialized incubator. The female does not actively watch over her eggs. She only returns to her clutch when the eggs are hatching, which allowed the zoo to transfer them without danger.

Temperatures often determine the sex of the croc and, in the wild, the ratio is four females to every male.

European zoos also have majority-female populations. For this reason, Basel Zoo decided to try to breed male crocs. When incubated at 89.6 to 90.5 degrees Fahrenheit, males have their highest chance of hatching. Lower temperatures lead to more female hatchlings, the zoo said.

The period of incubation is between 63 and 108 days. The first croc poked its head out of the broken eggshell after 67 days.

The crocs are able to communicate while they are incubating, which allows them to hatch at the same time. Synchronized hatching is a defense mechanism. A group hatching makes them less vulnerable to predators than an individual.

After successfully hatching, the little crocs were returned to their parents on May 26.

When fully grown, a male freshwater crocodile measures between 7.5 feet and 9.9 feet, while a female can reach 6.9 feet in length.

Zookeepers are no longer able to remain close to the younglings, as their parents will not permit it. However, they can feed them a controlled diet, making it possible to monitor the change in weight and size of the offspring.

Australian freshwater crocodiles are native to northern Australia where the population is stable and not endangered, according to the International Union for Conservation of Nature’s Red List of Threatened Species.

However, the species is vulnerable to invasive species, such as the poisonous cane toad, which the crocs eat.