Champion will need to win three matches in one night to claim Combate Global title. 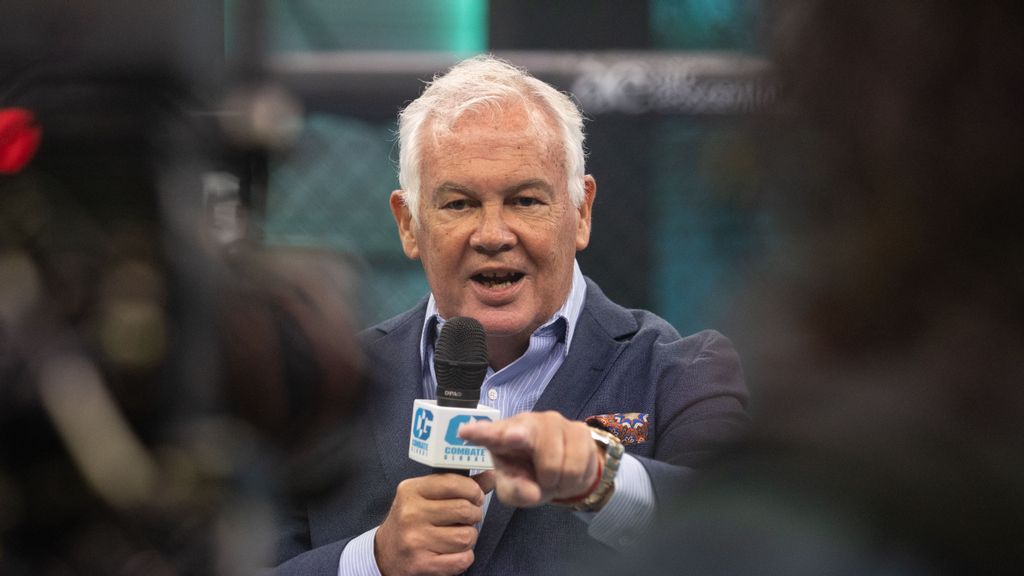 It was the birth of mixed martial arts, though not exactly as we know it now. On Nov. 12, 1993, at McNichols Sports Arena in Denver, UFC 1 debuted as a made-for-TV spectacle. Twenty-eight years later, MMA is a billion-dollar industry with promotional companies worldwide and fighters — male and female — from around the globe.

Purchased in January 2001 for $2 million by Lorenzo Fertitta, his brother Frank Fertitta III and their childhood friend Dana White, the UFC was sold for $4 billion to Endeavor on July 11, 2016. And the sport has only gotten bigger since then.

Backed by a seven-year deal with ESPN, UFC remains the dominant MMA promotion, but others — from spectators to networks looking for live-streaming and pay-per-view content — are benefiting from the sport’s popularity.

The Professional Fighters League concluded its third season two weeks ago with six championship fights and $1 million going to each winner. ESPN televised the bouts, underscoring the attraction networks now have for MMA.

On Friday night, the 28th anniversary of UFC 1, two major promotional companies will stage MMA cards on television. Bellator 271 is being shown on Showtime with MMA veteran Cris Cyborg defending her featherweight title against Sinead Kavanagh in the main event at the Seminole Hard Rock Hotel & Casino in Hollywood, Fla.

A few miles away in Miami, Combate Global will stage a one-night eight-man tournament featuring 155-pound male fighters from the USA and Mexico. This might be the truest homage to UFC 1, as the tournament champion will need to win three fights in one night to capture the crown.

Campbell McLaren was among the original group that produced UFC 1 and nursed it through those early years when the UFC had few rules and was described as “human cockfighting” by the late Senator John McCain. Now McLaren is the founder of Combate Global, which features up-and-coming fighters who appeal to the Latin American market, which is where Univision steps in. The Spanish-language network has taken the unusual step of becoming an equity partner in Combate Global.

UFC 1 headlined with a one-night eight-man tournament, a concept McLaren brought with him when he founded Combate Americas as a Hispanic Mixed Martial Arts sports franchise in 2011 and rebranded it Combate Global in 2021. On Friday night, he has four fighters from the USA in one bracket and four fighters representing Mexico in the other, with the winner needing to defeat three opponents in one night.

“The USA-Mexico rivalry has provided some of the most exciting and memorable fights in Combate history,” McLaren said, “and this tournament, loaded with talent from both sides of the border, is sure to deliver much more action and pay tribute to the sport that I launched 28 years ago.”

Royce Gracie, a Brazilian jiu-jitsu artist, was the last man standing at UFC 1, but there were no weight divisions, no time limits, and no judges. Though the fight poster read: “There Are No Rules,” the only rules were no groin attacks, no eye-gouging and no biting. It proved a modest pay-per-view success, attracting 86,000 buys. The competitors were specialists in Sumo wrestling, kickboxing, karate, jiu-jitsu, taekwondo and boxing. Sumo wrestling is out, but everything else still applies in today’s MMA, with the top athletes skilled in various forms of mixed martial arts.

USA vs. Mexico is always an attraction in any combat sport. In Miami, Mexico’s bracket pits Cristian “Puas” Perez (6–0) of Ensenada, B.C., against Patrick “La Sanguijuela” Lehane (3–0), who was born in Ireland, but is applying for his Mexican citizenship. Hugo “The Hooligan” Flores (9–3) of Guadalajara battles Daniel “Scrappy” Soto (15–5) of Ciudad Jimenez in the other quarterfinal.

Gonzalez, who trains at Valle Flow Striking in Chicago, thinks his background in karate, competing against successive opponents in one day, will serve him well in this MMA tournament format. “When I was in karate growing up you fought somebody, and it was on to the next one, then fight again and on to the next one,” he said. “I’m familiar with it.”

Gonzalez faces Alers, a jiu-jitsu specialist, who fought in the UFC from 2014 to 2016.  “He’s probably going to want to take me down and hold me down,” Gonzalez said. “… But I’m going to be sticking and moving on him.”

Compared to UFC 1, MMA is rather tame these days, needing to abide by a variety of state regulations. The elimination of knees and elbows in the first two rounds on the Combate card should make it an interesting strategic battle. “They’re trying to take care of you so the person that makes it to the finale isn’t all banged up and cut up,” Gonzalez said. “It’s like amateur boxing. But I like to take people down, too, and with no legs involved, I can even go lower.”

Piera Valle, who manages Gonzalez, sees this as a prime opportunity for her fighter. “This brings him up another level to be a real contender and a possible champion for Combate at some point,” said the wife of Gonzalez’s trainer, Mike Valle.  “I think the exposure is great, and the fact that it’s the anniversary of UFC 1 is a bonus.”

An earlier version of this article incorrectly stated the tournament winner will claim the Combate Americas title. It is the Combate Global title.