Suspect arrested after heat-seeking camera flushes him out. 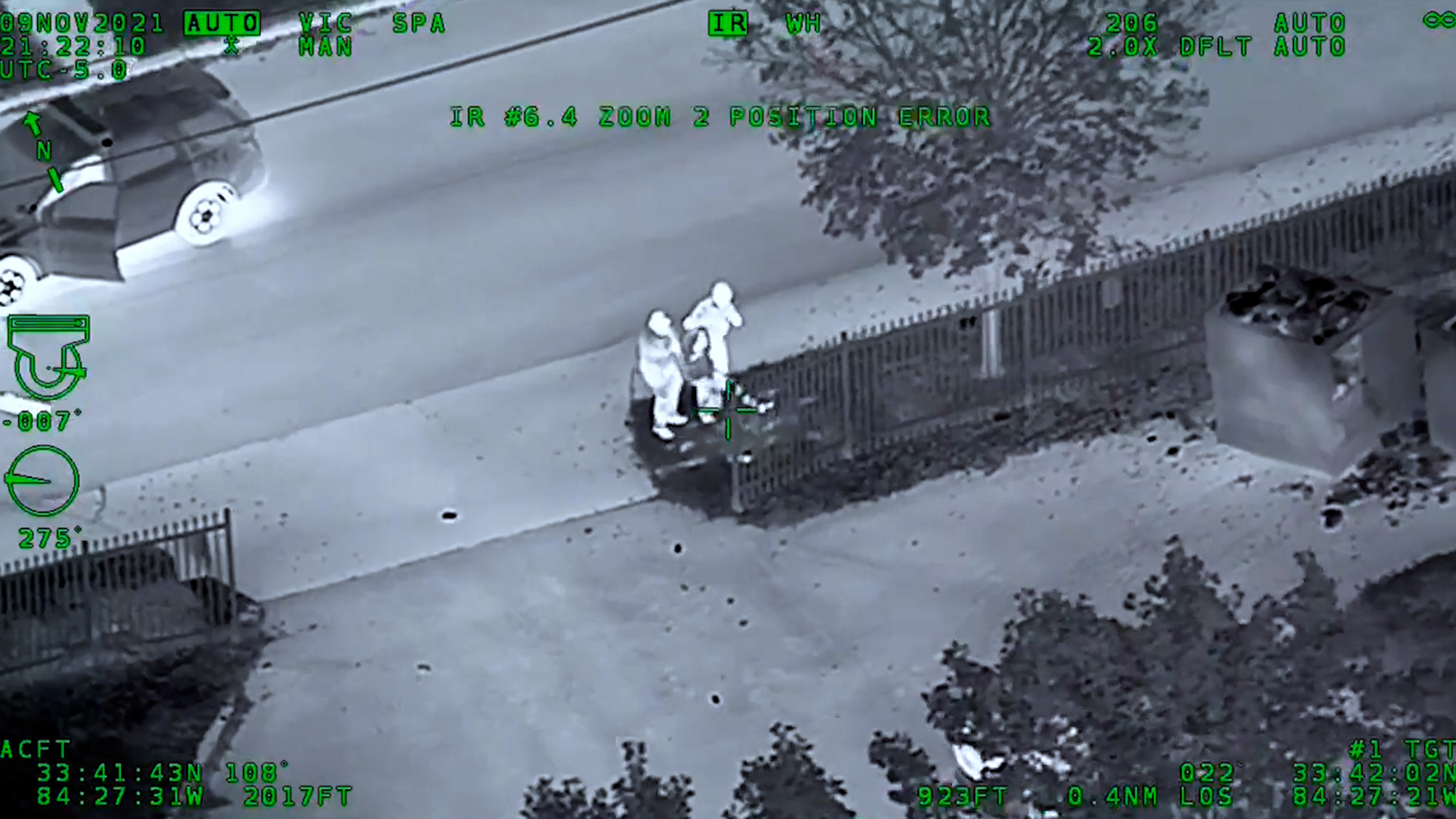 A man in Atlanta faces charges in connection with a carjacking after tracking by the police department’s Air Unit led to his arrest by officers on the ground.

The Atlanta Police Department’s Auto Crimes Enforcement Unit received information on Nov. 9 that a Hyundai Elantra, which had been reported stolen in Decatur, Georgia, was in southwest Atlanta. The Auto Crimes Enforcement Unit requested the assistance of the Phoenix Air Unit, which quickly located the stolen vehicle as it was leaving a parking lot, police said in a report posted online.

Officers on the ground approached the driver of the stolen vehicle.

“At the sight of the police, the driver fled from officers on foot,” Atlanta Police said. “Officers gave chase and during the foot pursuit, officers observed the suspect throw a handgun to the ground. The suspect was ultimately apprehended a short distance away and the firearm was recovered”

The suspect was identified as A’torrius Slaughter, police said.

Police reported that Slaughter, who had two active warrants, “was charged accordingly and transported to Fulton County Jail without incident.” The specific charges against Slaughter were not reported.

Infrared footage shows how the suspect seemingly trips and falls on the ground, allowing one police officer to arrest him and cuff his hands behind his back as another office assists.

The two officers are then seen helping the suspect to his feet and leading him to a police vehicle. The air unit official is heard saying: “They got him successfully in custody.”

“We applaud the work of our ACE and Phoenix Air Units and the Zone 4 officers in tracking this suspect and making the arrest,” Atlanta Police said in their online report.

The Air Unit is part of the Atlanta Police Department’s Special Operations Section and “is used to assist the patrol units in a variety of functions, including but not limited to: support for vehicle and foot chases, stolen vehicle recovery, and managing traffic flow,” the department’s website says.

“The Atlanta Police Department continues to tackle auto theft and larceny from auto crimes. Since the start of 2021, there have been 2,657 cars stolen, and of those, 1,741 were either left running or had the keys or key fobs inside. Additionally, there have been 1,729 guns stolen from cars this year,” the department said.

“We implore the community to their part in being mindful when exiting their cars. We remind you to turn your car off, remove the keys/fobs, and all valuables. Not all crimes are avoidable, but many of these types of crimes are. We understand our assignment. We need the public to understand theirs and do the proactive work.”