Frank Kaminsky has taken on the Dario Saric role and thrived for the Suns. Evan Sidery breaks it down. 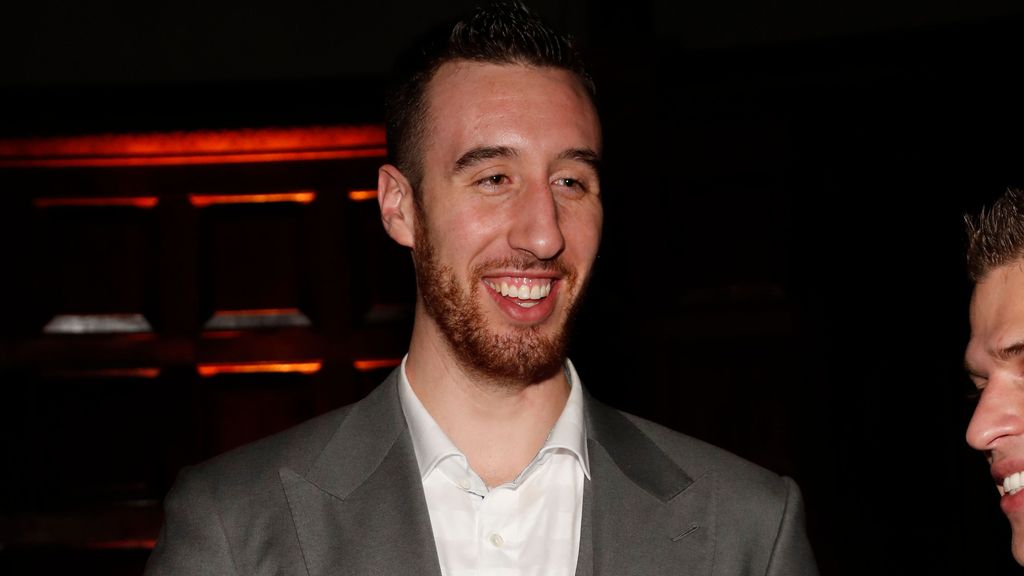 Frank Kaminsky’s performance on Wednesday against the Portland Trail Blazers, propelling the Phoenix Suns to a 119-109 win, was awe-inspiring. (Tyler Kaufman/Getty Images for GQ)

If you had Frank Kaminsky scoring a career-high 31 points in the year 2021 on your bingo card, go ahead and pick out your lottery numbers for an automatic winner. Kaminsky’s performance on Wednesday against the Portland Trail Blazers, propelling the Phoenix Suns to a 119-109 win, was awe-inspiring.

Kaminsky was upfront about his recent stretch in the NBA during his postgame media availability. He’s known the opportunities for him in Phoenix, and anywhere else, have been sparse at best. When Kaminsky’s team option from the Suns was declined after the 2019-20 season, he signed a veteran-minimum deal with the Sacramento Kings and was cut during preseason play. Kaminsky thought this could be it for his career — a disappointing result for a former lottery pick in the 2015 NBA Draft.

However, the Suns had one open roster remaining and decided to use it on Kaminsky, who they claimed on waivers immediately after his release from Sacramento. Kaminsky sparingly played last season, but he did have that familiarity with the Suns’ system that head coach Monty Williams desired for a reserve big man. Kaminsky even started a stretch of games for the Suns last season alongside Deandre Ayton, actually thriving within that role.

Wednesday was the latest example where Kaminsky’s “stay ready” mentality has continued to pay off in The Valley. Now, Kaminsky is forcing Williams’ hand once Ayton returns from a leg contusion suffered last week.

Excluding the game on Nov. 4 against the Houston Rockets where he only logged four total minutes, Kaminsky has become a vital rotation piece for Phoenix over the last week-plus. Take a look at the four games he’s been relied upon off the bench for Phoenix:

It’s a mind-boggling rise for Kaminsky, averaging 18.5 points, 5.3 rebounds, 2.5 assists and 0.8 blocks while shooting 62.2% over those four contests. When Kaminsky’s number has been called upon by Williams, he’s delivered with authority every single time. It’s a factor his head coach continues to notice consistently from the veteran big.

“I just found that out when we [were] bringing it in and the guys told me that was a career-high for Frank. [I’m] excited for him,” Williams said on Wednesday night. “I felt like a kid in there just cheering for him, because to do what he does every single day, he’s a pro. His ability to mentally stay locked-in, emotionally stay even-keeled and understand that he may not get the call, he may get the call — to do that day-after-day-after-day, come back in the next day get his work in and go home, have a great attitude. It says a lot about him to see him have a night like that when we needed it.”

Without Kaminsky’s scoring explosion, the Suns don’t win that game vs. Portland. In clutch situations, Kaminsky continued to take the game over and do it all for Phoenix. Whether it was scoring inside or out, grabbing key boards or making crucial passes to the perimeter out of traps, Kaminsky showcased why he could deserve extended run within the Suns’ rotation moving forward.

“I still don’t think it’s really hit me yet, but like I said last time it’s just a mindset,” Kaminsky said of his career-best outing. “Go out there and play as hard as you can and be ready for anything. [You] never know when your opportunities are going to come, so you gotta make the most of them. I’m just trying to make the most of my opportunity here. It just goes into preparation and staying ready and keeping the same mental approach everyday. Try to stay level — never too high, never too low. Just keep going with that.”

Good morning to everyone.

But especially to Frank Kaminsky. pic.twitter.com/yYCcpJFkM8

When the Suns lost Dario Saric in Game 1 of the 2021 NBA Finals to a torn ACL, likely sidelining him for all of the 2021-22 season, they were missing that underrated and valuable reserve off the bench. The Suns did go out sign JaVale McGee to a one-year deal; however, his role wasn’t as a connector who can facilitate the basketball in “0.5” situations, but more of a version closer to Ayton as a rim-rolling big who can defend the paint.

Kaminsky has taken on the role that opened with Saric’s absence and run with it recently, becoming a must-use piece to the puzzle in the second unit. Also, as seen over the last week, Kaminsky can play a vital role alongside Phoenix’s starters as a stretch big who can facilitate from the top of the key, finding cutters or trailing shooters in the corners.

Paul is right on the money with his short and sweet statement. Kaminsky is just a high-IQ basketball player who can seamlessly fit within the role asked upon. Sure, he has some flaws, but within the right system, those can be canceled out by surprisingly-strong strengths.

Williams mentioned to the media that once Ayton returns from his leg contusion, he will try to keep Kaminsky within the Suns’ rotation. Coach will have him potentially split minutes with McGee and keep their former No. 1 overall pick more fresh throughout games with a lighter workload.

Many thought the Suns needed to make one more move for a win-now piece to bolster their bench and playoff rotation to an even higher level. Who knows, they may have just stumbled upon their solution to losing Saric with Kaminsky.

From where Kaminsky was to where he is now, his confidence is reaching entirely new heights we haven’t seen since his days leading the Wisconsin Badgers to the Final Four. It’s a new mentality Kaminsky has honed-in on, and the results over a small sample size have been nothing short of fantastic.

«Previous Post
The Hawks Should Look Into A Ben Simmons Trade With The 76ers»Next Post
Cross-Border Clash: US, Mexico Fighters Meet In MMA Tournament