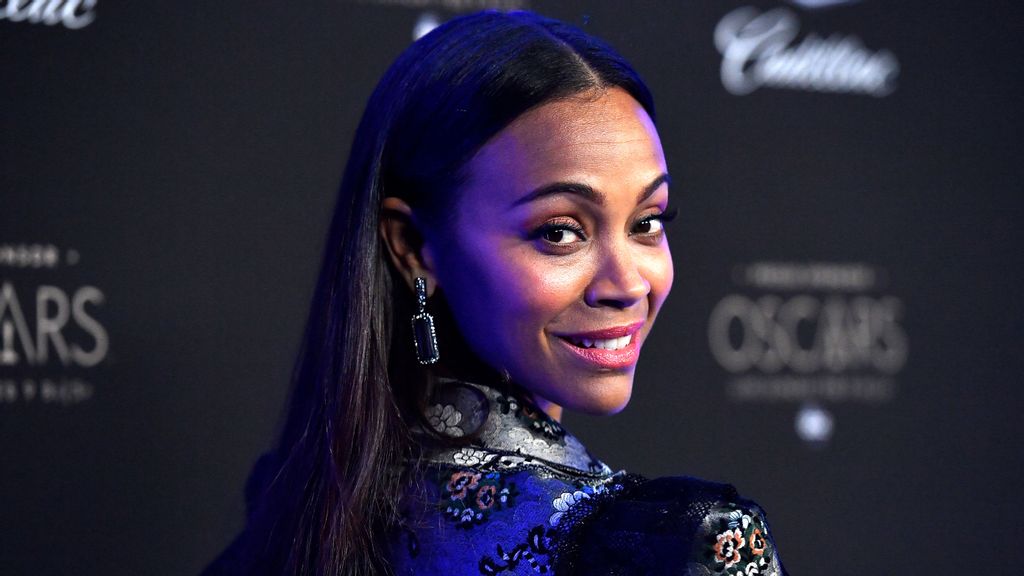 Zoe Saldaña plays Maya, who wants to become a warrior and destroy the god of the underworld. (Frazer Harrison/Getty Images)

The Netflix animated miniseries “Maya and the Three” is a colorful, action-packed adventure tale inspired by Mesoamerican mythology. Thanks to “Maya and the Three,” the myths of Mexico and Central America’s civilizations will take their place alongside those of Greece, Rome, Asia, and England.

Myth stories often involve the hero embarking on a quest for something that will bring change or resolution to a problem. It can be the Golden Fleece, the Holy Grail, or a sword embrued with magical powers. At the beginning of the journey, the hero must cross a threshold into a different world, which happens in “Maya and the Three.”

Maya, the Princess of Teca, balks at becoming a mere royal diplomat. She wants to be a warrior and seek out and destroy the evil god of the underworld, who threatens the existence of all humanity. To achieve it, she recruits three legendary, fearless fighters: Rico, Pichu, and Chimi. But they are flawed and bring their baggage to the journey. They fight not only the evil god of the underworld but also their demons.

Zoe Saldaña (“Avatar”) plays Maya. Avoiding falling into the temptation to turn Maya into a one-dimensional, strident character, Saldaña modulates her vocal performance and gives the protagonist subtle emotional notes, especially when she makes mistakes and wrestles with regrets and doubts.

A post shared by Maya And The Three (@mayaandthe3)

The influences behind the series’ animation

Jorge R. Gutiérrez is the artistic and creative genius behind the visual landscape of “Maya and the Three.” His deft drawing hand has been responsible for the animation in “The Book of Life,” “El Tigre, The Adventures of Manny Rivera,” “Space Punch,” and many other Latino-themed animated shorts and TV series.

“I love those great Hong Kong martial arts movies,” he said. Gutiérrez points out that he was inspired by the choreography of martial arts fight sequences. So, every episode in the show “ends with a totally different fight sequence.”

The animation style in “Maya and the Three” is “very much a love letter to everything I love,” said Guitérrez. “I love Japanese animation. I love the classic American rubber hose animation of the 1930s. I also love super-flat, super-stylized European animation from the 1950s, and I love stop-motion. I also love imperfect folk art because it reflects the humanity of the artist.”

Mexico in the mist

Olmecs, Toltecs, Mayans, Aztecs, and other Mesoamerican civilizations are the inspiration and backdrop for the fantasy landscape of “Maya and the Three.” Every episode features temples and pyramids from Teotihuacan, Chichen-Itza, and Cholula.

Some names could be nods to Latin America’s pre-Hispanic past. Maya, the protagonist, may refer to the Mayan civilization, settled in southeast Mexico, Guatemala, Belice, and Honduras. Its people built enormous cities in the jungle, developed a lunar calendar, and used the mathematical concept of zero.

Maya is the Princess of Teca, which could be shorthand for Toltec [Tolteca in Spanish], a civilization settled in Central Mexico during the pre-Columbian era. One of Maya’s legendary fighters is named Pichu, probably referring to the Inca city of Machu Picchu.

The characters often speak words or phrases in Spanish. But this fantasy story is set in an era long before the Spanish Conquest. Gutiérrez could be just taking a poetic license to celebrate his cultural heritage.

An all-star cast of voices

“Maya and the Three” is currently airing on Netflix.

Zoe Saldana Rules as a Warrior Princess in ‘Maya and the Three’ is published in collaboration with LatinHeat Entertainment.