Early Results Suggest 76ers May Be Better Off Without Ben Simmons

In the early-goings of the season, the Sixers have shown us what their recipe for success without Ben Simmons is. 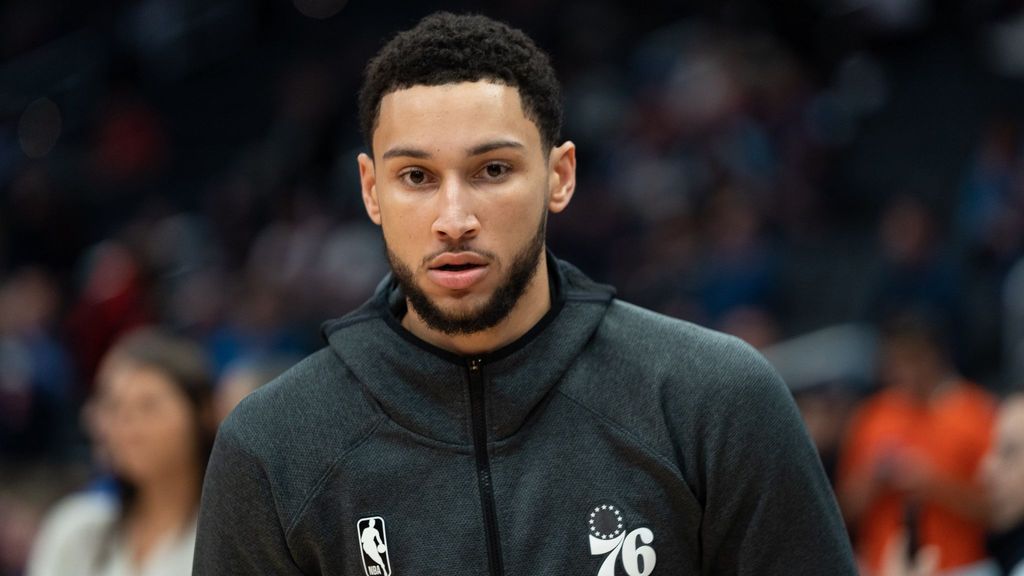 Landing Jaylen Brown or Shai Gilgeous-Alexander in exchange for Ben Simmons would be great for the Sixers, but it might also be pie in the sky. (All-Pro Reels/CC BY-SA 2.0)

The Philadelphia 76ers might be losing one battle after another, but is it possible that the losses could end up helping the team win the war?

Ben Simmons and his saga persists, Tobias Harris is missing in action and Joel Embiid has COVID-19.

Despite it all, Doc Rivers’ team has gone out and competed admirably. Even with Tuesday night’s 118-109 loss to the defending champion Milwaukee Bucks, if there’s one thing the Sixers have proven in the early going of the 2021-22 season, it’s that they will fight.

In the NBA, there’s no such thing as a participation trophy, and coaches don’t typically find any solace in moral victories. But whether it be Tyrese Maxey, Shake Milton, Georges Niang or Furkan Korkmaz, Rivers has seen firsthand that he has a formidable rotation. Along with Seth Curry, the lesser-known Sixers have carried their weight, and then some.

If the team is able to get back to 100% — and that’s still an “if” at this point — one can’t help but wonder whether it’ll be able to provide ample resistance against the Bucks or the Brooklyn Nets come postseason time.

That’s especially true if — as many expect — the team ends up trading Simmons.

At this point, the franchise appears to be in a staring match with the young point guard. Daryl Morey may not be able to extract a king’s ransom from a wannabe-contender in exchange for Simmons; at a certain point, it might be worth it for Morey to simply take what he can get.

In Brooklyn, Kyrie Irving remains a figment of everyone’s imagination. In Boston, Jaylen Brown and Jayson Tatum aren’t exactly inspiring confidence with their play. And out West? Anyone who’s capable of firing up the ESPN Trade Machine could concoct a trade or two with the Minnesota Timberwolves, Sacramento Kings, Oklahoma City Thunder or Portland Trail Blazers that could yield Philadelphia a decent return.

And that’s exactly the point.

While Morey isn’t wrong in wanting to extract all the value he can out of a potential Simmons trade, there will eventually come an impasse, and he owes it to his guys to simply allow them to carry the pieces that want to be there and move forward.

All things considered, the Sixers have been good. How much better could they be if they managed to land another dynamic piece in exchange for a player who isn’t playing for them?

Odds are, Rivers would find a way to make it all work.

The Sixers entered play on Nov. 9 with a 115.3 offensive rating, which — believe it or not — ranked first in the NBA.

Interestingly enough, and perhaps because the team primarily plays through Embiid, Philadelphia also entered play on Nov. 9 with the slowest pace in the entire league; it yielded just 102.6 points per game, good for eighth-best in the Association.

In other words, Rivers has seemed to realize that his Sixers are a bit of a throwback in that they can excel as a half-court team playing inside-out, and if they force other teams into a slower pace of play, they’ll come out on top more often than not. At least before Embiid went missing from the lineup, through the team’s first 10 games, they’ve used that recipe to win some games.

Success in the half-court requires a few things, most importantly a player who can command double-teams in the post. Embiid obviously checks that box. Off-ball movement and floor-spreading shooters are imperative, and it’s there that Simmons presented an obstacle. It might not be fair to say that removing him from the lineup has been addition by subtraction, but it has at least shown us that the Sixers can function — and win — with Embiid as the sole focal point.

If Morey wants to help his team get to the next level, his focus should be on getting auxiliary pieces that can help Embiid challenge the Bucks and Nets for supremacy atop the Eastern Conference — not on winning the game of chicken the organization currently finds itself engaged in with Simmons and his representatives. Landing Jaylen Brown or Shai Gilgeous-Alexander in exchange for Simmons would be great, but it might also be pie in the sky.

At a certain point, you’ve simply got to cut bait.

What’s true of every generation of basketball fans is this: we have all been reminded that championship windows can close rather abruptly.

When the Boston Celtics landed Kyrie Irving in 2017, the team had an embarrassment of riches that was surely thought to have a Larry O’Brien trophy in its future. The same was said of Kevin Durant’s Oklahoma City Thunder. When Steve Nash arrived in Los Angeles to join forces with Kobe Bryant, many believed the Lakers would flirt with 70 wins.

Obviously, none of that ended up being true.

Way back when, once upon a time, Shaquille O’Neal was thought to be a second-rate center. Sure, he could break a backboard, but could Shaq lead a team to a championship? It was a debate for a while, mainly because he took a fair amount of lumps from the likes of David Robinson, Patrick Ewing and Hakeem Olajuwon, the latter of whom handed Shaq a humiliating sweep in the 1995 NBA Finals.

To this point, Embiid’s journey in the NBA has been somewhat reminiscent… Except he hasn’t even sniffed a Finals appearance.

By this point in his career, Shaq already won a conference finals and left Orlando to pursue the destiny he dreamed of. Embiid, obviously, is still on his first chapter, and truth be told, he’s doing a pretty good job of writing a compelling story in Philadelphia.

With a capable supporting cast around him, a championship-caliber head coach and the ability to serve as the franchise’s cornerstone, Embiid has an opportunity to accomplish something great for the Sixers.

Tomorrow isn’t promised, though. And if there’s a lesson to be learned both from the Sixers’ strong start to the season — and from dashed championship aspirations of the past — it’s that promise shouldn’t be taken for granted.

It’s about time that Daryl Morey comes to terms with that fact.