Ship’s namesake was ousted by the service in the 1950s for his sexual orientation. 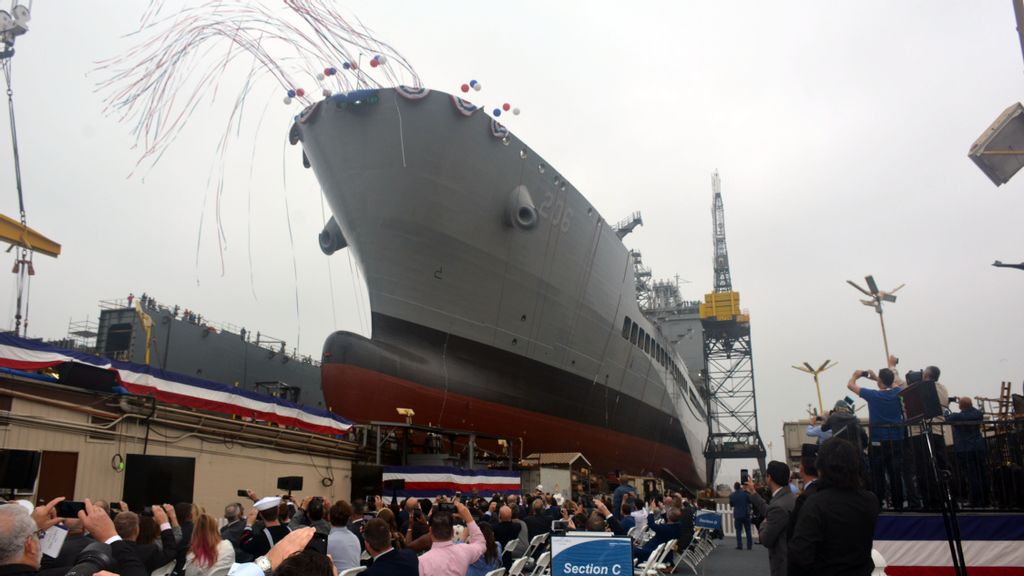 Milk, the first openly gay official to be elected in California in the 1970s, had been forced out of the Navy two decades earlier because of his sexual orientation.

The launch of the USNS Harvey Milk took place in the San Diego Bay on Nov. 6, with the Navy releasing footage of the launch two days later.

The video of the Milk’s launch featured remarks by Secretary of the Navy Carlos Del Toro.

“This great ship honors Navy diver and civil rights activist Harvey Milk, who was forced out of the service due to unfair policies,” said Del Toro. “Because of him, today our LGBTQ Sailors and Marines serve honorably as their genuine selves.

“Leaders like Harvey Milk taught us that diversity of backgrounds and experiences help contribute to the strength and resolve of our nation.

“There is no doubt that the future sailors aboard this ship will be inspired by Milk’s life and legacy.”

More than two decades after his naval career was ended, Milk was elected to the San Francisco Board of Supervisors in 1977, becoming the first openly gay elected official in California. Milk was assassinated on Nov. 27, 1978 by Dan White, who also killed San Francisco Mayor George Moscone. White was convicted of manslaughter and spent five years in prison before later killing himself.

The gay lawmaker’s life was brought to the big screen in 2008, with Sean Penn playing the title role in “Milk.” The film won two Academy Awards: Penn, for Best Performance by an Actor in a Leading Role, and Dustin Lance Black, for Best Writing, Original Screenplay.

The ship bearing Milk’s name is a replenishment oiler, and is shown in the video sliding into the water after a bottle of champagne was smashed on its bow by former Navy officer Paula M. Neira, clinical program director for the John Hopkins Center for Transgender Health.

The Milk is one of six John Lewis-class oilers commissioned for construction in 2016, with then-Navy Secretary Ray Mabus deciding that the new oilers would be named after civil and human rights leaders. The first ship in the class was named after civil-rights champion Rep. John Lewis of Georgia. The remaining ships commissioned that year were named in honor of American abolitionist and women’s rights activist Sojourner Truth, one-time Chief Justice Earl Warren, former U.S. Attorney General Robert F. Kennedy and suffragist Lucy Stone.

The Milk will serve as part of the Navy’s Combat Logistics Force. After initially ordering six such vessels in 2016, the Navy now plans to procure 20 ships of the new class.