Rita Moreno has a role in the film and works as one of the executive producers.
By Mina Castillo November 9, 2021
Facebook
Twitter
Linkedin
Email 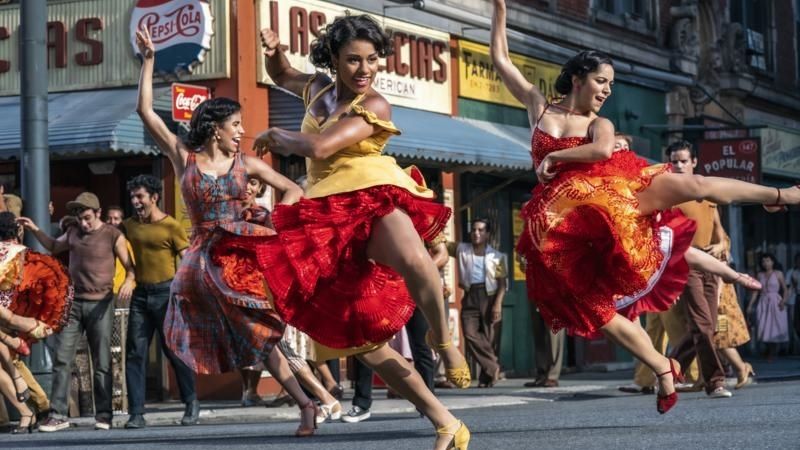 Spielberg's ‘West Side Story’ will be released on Dec. 10. (EPK.TV)

The Walt Disney Company released the new “sneak peek” of Steven Spielberg’s “West Side Story” on Oct. 27, fueling the audience’s anticipation for the film.

Spectators look forward to its release for many reasons. Some wish to relive the nostalgia of the 1961 movie, directed by Jerome Robbins and Robert Wise.

Most lead roles were not left to Latinos in the 1960s film. For some, Spielberg’s “West Side Story” provides the opportunity to pay off this debt.

For others, Spielberg’s “West Side Story” will be the “full circle” moment for the revered actress Rita Moreno, who won an Oscar for her portrayal of Anita in the 1961 version. Moreno has a pivotal role in the new movie while taking on a new position as one of the executive producers.

The film stars Rachel Zegler and Ansel Elgort. Ziegler will make her feature film debut in the role of Maria while Elgort will play Tony.

Born to a Colombian mother, Ziegler is a singer and songwriter raised in New Jersey. She was among the 30,000 persons auditioning for the role and managed to land it. Spielberg’s “West Side Story” is quite a leap for Zegler, who first played Maria’s role in a Performing Arts School presentation at Bergen Performing Arts Center.

“West Side Story” is one of the most beloved musical romantic dramas. Spielberg is also co-producer, and Tony Kushner, its writer, is one of the executive producers.

The film went into development in 2014, at 20th Century Fox. Kushner began writing the screenplay by 2017. Spielberg came on board in 2018, and casting began late that year. The filming started in July 2019, with the shoot taking place in New York and New Jersey. The production stopped running during the COVID-19 lockdown, pushing back the release to Dec. 10.

It’s Here! Sneek Peek of Spielberg’s ”West Side Story” was published in collaboration with LatinHeat Entertainment.