NASA experiments show how its Parker Space Probe orbiting the sun is struck by millions of grains of dust debris. 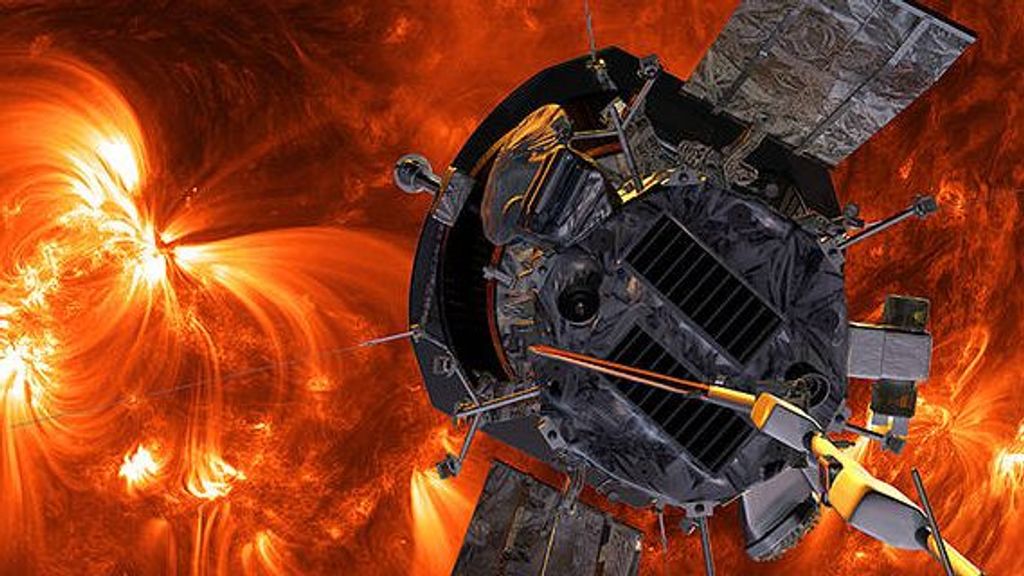 The Parker Space Probe, the fastest man-made object ever built, will continue to orbit the sun until 2025. It is collecting data on the outer corona of the sun and the dynamics of solar wind, all while surviving the impact of dust produced by comets and asteroids. (NASA)

NASA scientists have provided the most accurate picture to date of tiny, super-fast dust particles that damage spacecraft and impede space missions.

A team of scientists, led by David Malaspina of the University of Colorado Boulder, used electromagnetic and optical observations from the Parker Solar Probe, which is on a mission to observe the outer corona of the sun.

Orbiting at about 400,000 miles per hour, the probe is the fastest object ever built, and it endures collisions with grains of dust shed by asteroids and comets. It will eventually come as close as 4.3 million miles from the sun’s center.

“With these measurements, we can watch the plasma created by these dust impacts be swept away by the flow of the solar wind,” Malaspina said. The process the researchers used, albeit on a smaller scale, may lead to a better understanding of how the plasma in the upper atmospheres of Mars and Venus is swept away by solar wind.

The probe hurtles through the densest area of the pancake-shaped zodiacal cloud, which is composed of dust and extends throughout the solar system. Thousands of dust particles 2 to 20 microns in size strike the probe at hyper-velocity (at least 6,700 mph). When dust strikes the probe, the particles and the spacecraft surface are heated and vaporized. The material then ionizes, which means atoms are separated into their constituent ions and electrons, producing matter called plasma.

The rapid vaporization and ionization of dust yields a plasma explosion that lasts less than one-thousandth of a second, while the biggest impacts produce clouds of debris that slowly expand away from the probe.

The researchers used antennas and magnetic field sensors to measure disturbances to the electromagnetic environment surrounding the probe. They studied how the plasma explosions interacted with the solar wind, or the stream of ions and electrons that the sun constantly generates.

The flakes of metal and paint knocked off the probe by dust collisions drifted and tumbled nearby, showing up as streaks on the images recorded by the Parker Solar Probe’s cameras.

“Many image streaks look radial, originating near the heat shield,” which protects the probe from the sun’s intense heat, the study said. Some debris reflected sunlight into the spacecraft’s navigation cameras, temporarily hampering the probe’s orientation. The danger to the probe is that it relies on the precise pointing of the heat shield to survive.

The results of the study will be presented at the annual meeting this month on plasma physics of the American Physical Society in Pittsburgh, Pennsylvania.