Scientists say pouring at a precise angle solves the problem, otherwise tea will always spill, even if you pour it on the moon.
By Martin M Barillas November 9, 2021
Facebook
Twitter
Linkedin
Email 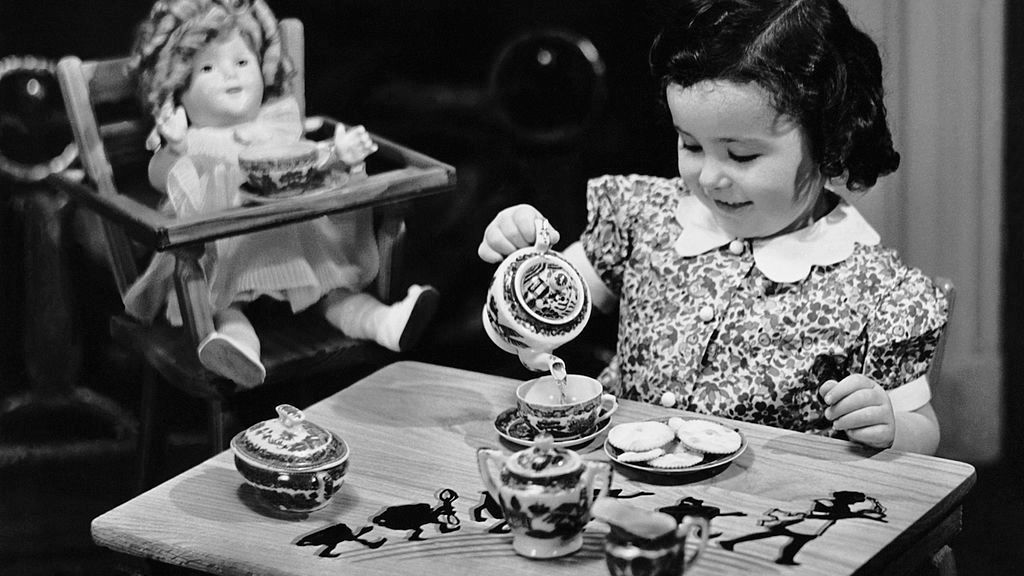 First described by Markus Reiner in 1956, the “teapot effect” that causes tea to dribble outside the pot has finally been explained in detail. (George Marks/Retrofile/Getty Images)

Scientists have now described the long-studied “teapot effect” in detail as the complex interplay of forces in the flow of a liquid that, when poured too slowly from a teapot, dribbles down the outside of it and not into the waiting cup.

The phenomenon, which has long stumped scientists, was first described by Markus Reiner in 1956. He became an important pioneer of rheology, the science of flow behavior.

“Although this is a very common and seemingly simple effect, it is remarkably difficult to explain it exactly within the framework of fluid mechanics,” said Bernhard Scheichl of Vienna Technological University and lead author of a paper published recently in the Journal of Fluid Mechanics.

“We have now succeeded for the first time in providing a complete theoretical explanation of why this drop forms and why the underside of the edge always remains wetted,” Scheichl said.

Researchers poured water from an inclined teapot at different flow rates while recording with high-speed cameras. This allowed them to learn exactly how the wetting of the edge below a critical pouring rate leads to the “teapot effect,” and confirmed their theory.

The sharp edge on the underside of the teapot beak is the most important part of the equation. When a drop forms, the area directly below the edge always remains wet. The size of the drop depends on the speed of the liquid flowing from the teapot. If it is slower than a critical threshold, the drop directs the entire flow around the edge and dribbles down the outside of the teapot.

While gravity determines the direction of flow from the teapot, its strength is not decisive in the teapot effect. Therefore, the teapot effect may also occur while drinking tea on the moon, but not in a space station where there is no gravity.

French researchers had previously pointed out that one way to avoid dribbling is to make the lip of the spout as thin as possible. They also said the teapot effect might be eliminated for good by using a thin, sharp-ended spout and coating the lip with a super-hydrophobic, or water-repellant, material.

Work on the teapot effect was awarded the satirical “IG Nobel Prize” in 1999.