Firefighters hoist pooch to safety after being trapped in a well. 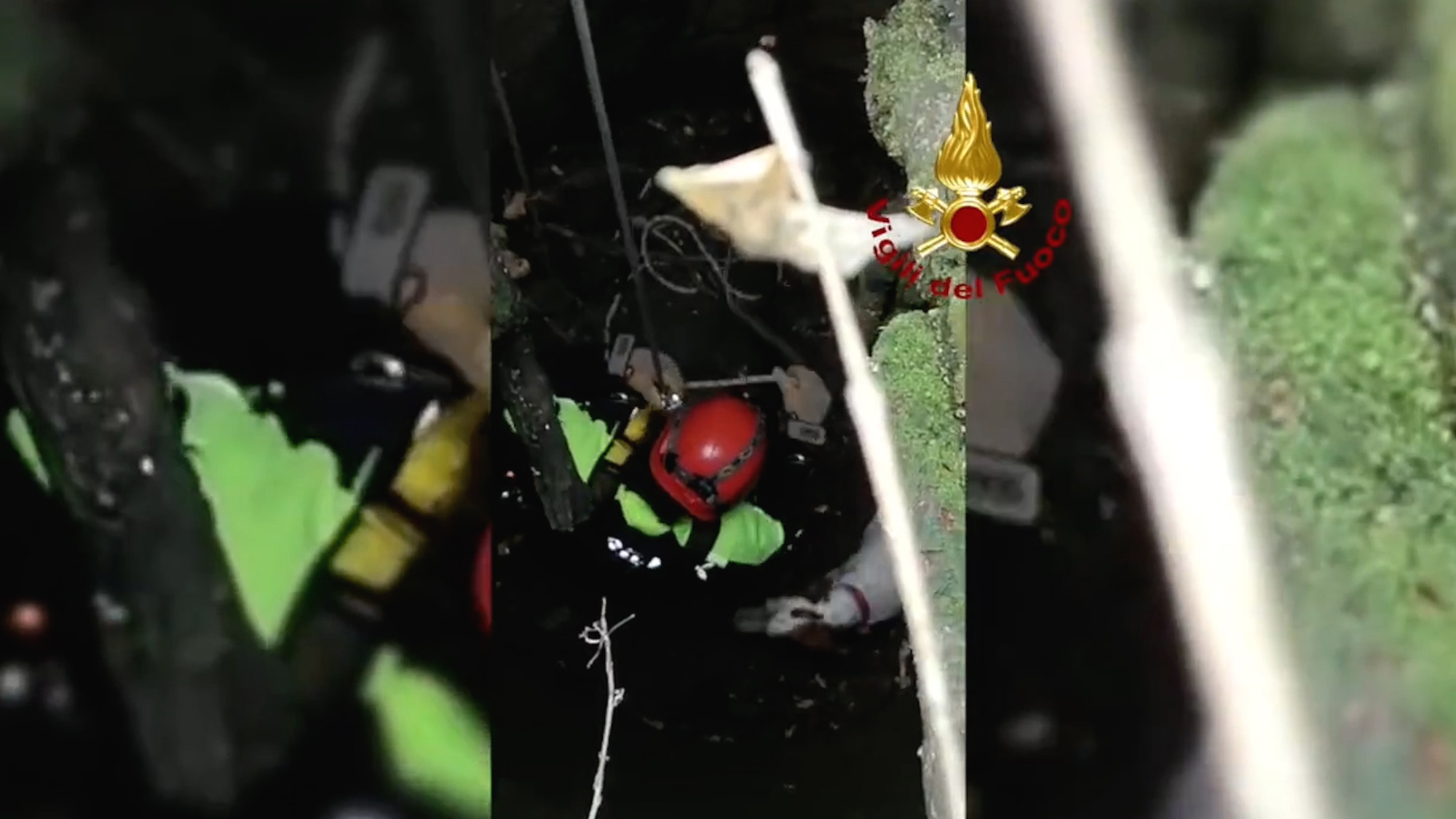 A dog that got stuck at the bottom of an abandoned well was happy to see the Italian firefighters who rescued it.

The footage was released on Nov. 7 by the Vigili del Fuoco, Italy’s institutional agency for fire and rescue service. The dog was rescued in the woods near the town of Guidonia in the region of Lazio.

The video shows the firefighters arriving at the large hole and setting up a winch system to safely reach and rescue the distressed dog.

One member of the Vigili del Fuoco is carefully lowered to the bottom of the well, which was nearly 20 feet deep.

As the firefighter slowly approaches the bottom, the dog becomes increasingly excited, wagging its tail, as it realizes help is on the way.

The dog begins to run around in circles and rub itself against the firefighter. That makes his job even harder, as he attempts to get hold of the canine and buckle it in for its ascent.

After attaching a full-body harness to the dog, the firefighter is hauled out by his colleagues, while the dog waits for its turn to be brought to the surface.

The dog can be seen flailing about as it is slowly rescued from the well, where it spent an unspecified number of days.

As the dog approaches the top of the well, it reaches out with its paws and tries to grab onto some solid ground, as the firefighters achieve a successful rescue.

Once it’s safe, the dog becomes very excited, jumping on several of the firefighters that saved it from the well.

The rescue team can be heard shouting “bella, bella.” The rescue mission involved at least half a dozen workers and some heavy machinery.

The dog was in good health and has since been returned to its owners, according to a statement made by the Vigili del Fuoco.

No further information about the dog or its owners was provided, and it is unclear how long it was in danger.

The Vigili del Fuoco did not state whether the dog suffered any injuries when it fell into the well, but in the footage, the animals appears to be walking, running and jumping around without any problem.

A week earlier, on Oct. 29, the Italian fire service posted footage of a man and dog rescued after being trapped by water in Syracuse, Sicily. The flooding was due to a Mediterranean cyclone, known as a Medicane.