VIDEO: Life In The Farce Lane: Driver So Drunk He Overtook Police Car 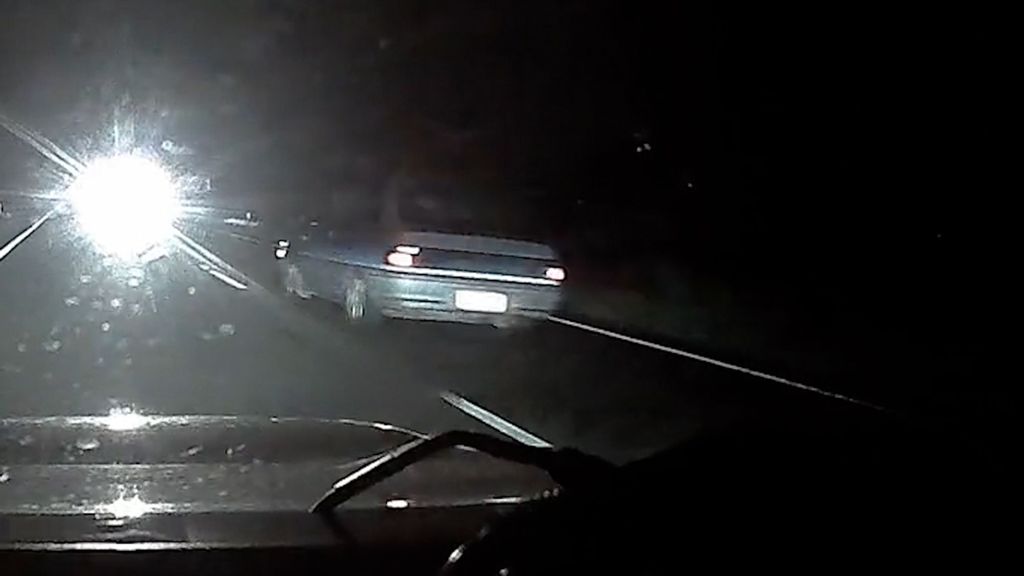 A driver believed to be under the influence is filmed after passing a police car — and narrowly missing a head-on collision with another vehicle — in Queensland, Australia. (Queensland Police/Zenger)

This truth would seem to be self-evident: when driving drunk, it’s best not to blow by a police car. But an apparent drunk driver in Australia had to find that out the hard way, by overtaking a patrol car on a Queensland highway, nearly causing a head-on accident and getting arrested by officers from the patrol car he passed.

The arrest was filmed on near the town of Rubyanna in the Australian state of Queensland on Nov. 5.

“Speeding, dangerous driving, allegedly four times over the alcohol limit with passengers. The result was a close call, a suspended license and a date with a magistrate,” said a written statement from the Queensland Police that was shared with video posted on social media on Nov. 8.

“Your choices affect you, your passengers and other road users. It’s up to you.”

Police said the driver, whose name not disclosed, was traveling with passengers, including children, when he was filmed overtaking the police vehicle.

“The officer took evasive action, allowing the man to return to the correct side to the road safely and avoid a head-on collision with another car,” the police statement said.

The Bargara man returned a roadside breath test reading of 0.25 percent, and when was transported to a police station, he returned a blood-alcohol concentration of 0.195 percent, police said.

“It’s hard to comprehend how this man thought it was a good idea to get behind the wheel of a car in this state,” said police spokesperson Annette Pfingst. “It is also hard to believe his passengers also allowed him to.

“These decisions placed himself, his passengers and other road users at significant risk. The outcome could have been significantly worse.”

The man was charged with driving under the influence and is scheduled to appear at Bundaberg Magistrates Court on Nov. 18. In the meantime, his license has suspended.

According to the police, 32 people have been killed on the roads in Australia’s Wide Bay region so far this year. Across Queensland, 243 road users have been killed during 2021, representing an increase of 13 compared to the same period last year. Statistics on how many of those fatalities involved drunk drivers were not immediately available.

But drunken driving is known to plague virtually every corner of the globe where autos are driven. South Africa is regarded as the worst country for that offense, according to the WHO’s Global Status report for Road Safety from 2015, with 58 percent of all traffic fatalities in the country being attributed to alcohol-impaired driving.

«Previous Post
VIDEO: Fist-Bumping Killers Celebrate After Luring Man To Park To Stab Him To Death »Next Post
Google’s News Showcase Teaches Executives What Not To Do