Officers responded to call about an unleashed “vicious animal” that was scaring neighbors. 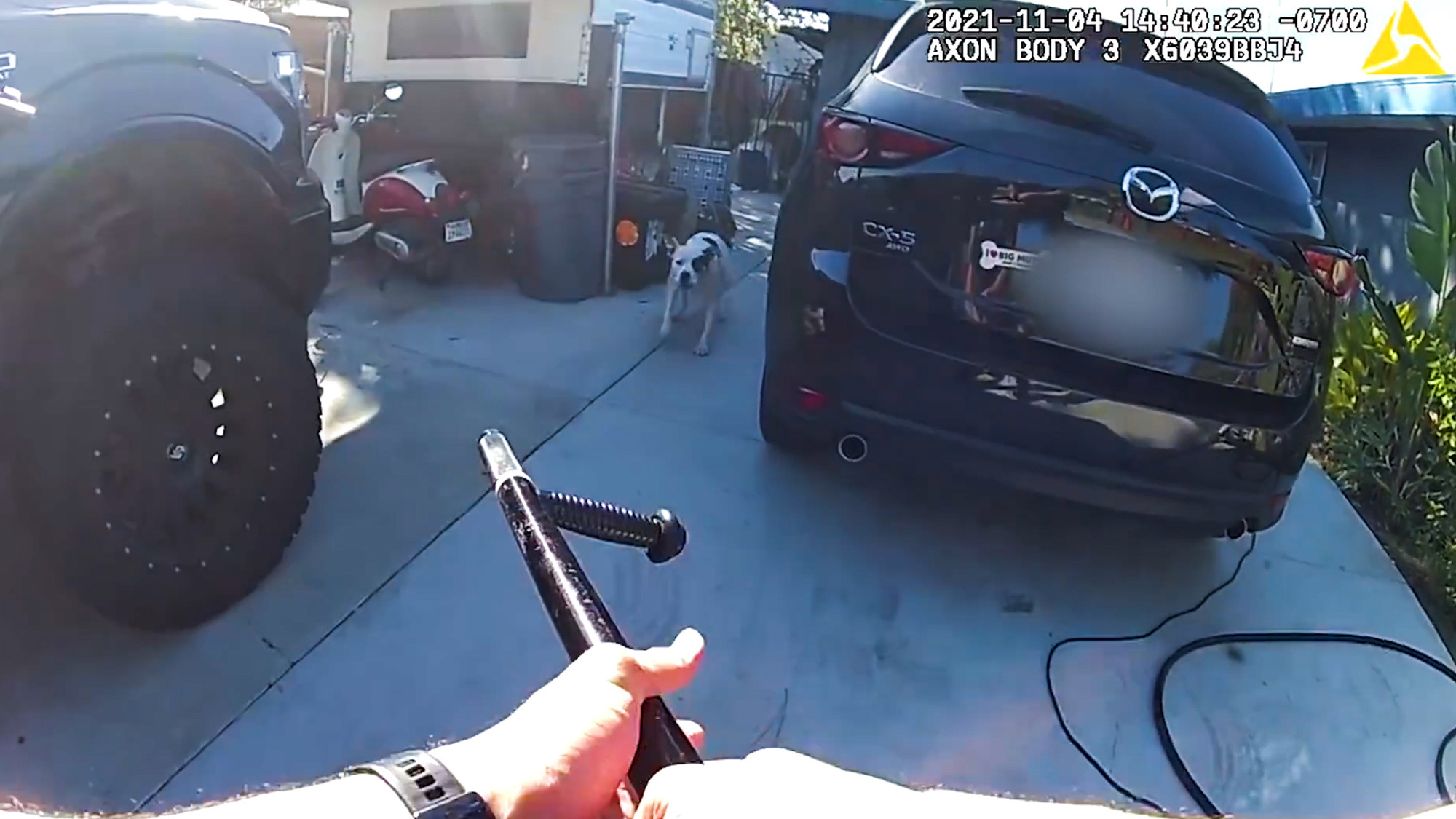 A Los Angeles police officer shot this pit bull with a bean bag weapon after receiving a call on Nov. 4 about a “vicious animal.” (Los Angeles Police Department/Zenger)

Los Angeles police, responding to a call for service involving a “vicious animal,” shot an unrestrained pit bull in the head with a beanbag gun on Nov. 4.

The Los Angeles Police Department on Nov. 6 released body cam video of the incident, in which the dog was not mortally wounded. Video shows the dog some distance away from two officers, barking at them from in front of its owner’s residence.

The owners of the dog disagreed that the use of the shotgun had been necessary, according to the police statement.

“The Department learned of news media reports where the resident called into question the officers’ conduct during this call for service and alleged the bean bag discharge was not appropriate,” the police department said.

The video shows a police officer approaching a house with another officer. The pit bull can be seen barking at them from a distance.

The second police officer is then seen firing his beanbag gun at the dog, hitting it in the head and causing it to flee.

A man then appears at the door to the house, and the officer orders him to secure his dog.

That video ends, but additional footage from the same incident is seen from the perspective of a body cam worn by the other police officer. He is seen carrying the beanbag shotgun. The footage shows the police officer firing on the dog.

The police department statement said: “At approximately 2:30 p.m., Topanga Division officers responded to a radio call of a ‘vicious dog’ near the 6700 Block of Limerick Avenue in the Winnetka neighborhood. The officers met with the reporting party, who informed the officers of a dog that aggressively chased down people walking in the area.

“After being directed to a possible location where the dog ran into, the officers approached a home near the 6700 block of Lurline Avenue. As they approached the driveway, in an effort to make contact with the occupants, the dog aggressively charged at the officers while barking.

“To protect themselves from the approaching dog, one officer fired a less lethal bean bag round, striking the dog on its head. The dog retreated and officers were able to make contact with the resident who was able to properly secure the dog. The dog suffered injuries to its head and Animal Regulations was contacted and informed of the incident.”

The police department said: “An internal investigation has been initiated into this matter and the department is reviewing all aspects of this incident, including a thorough review of the available body worn video.”