Jackson Frank digs into how the Knicks’ offense around Julius Randle has thrived through eight games. 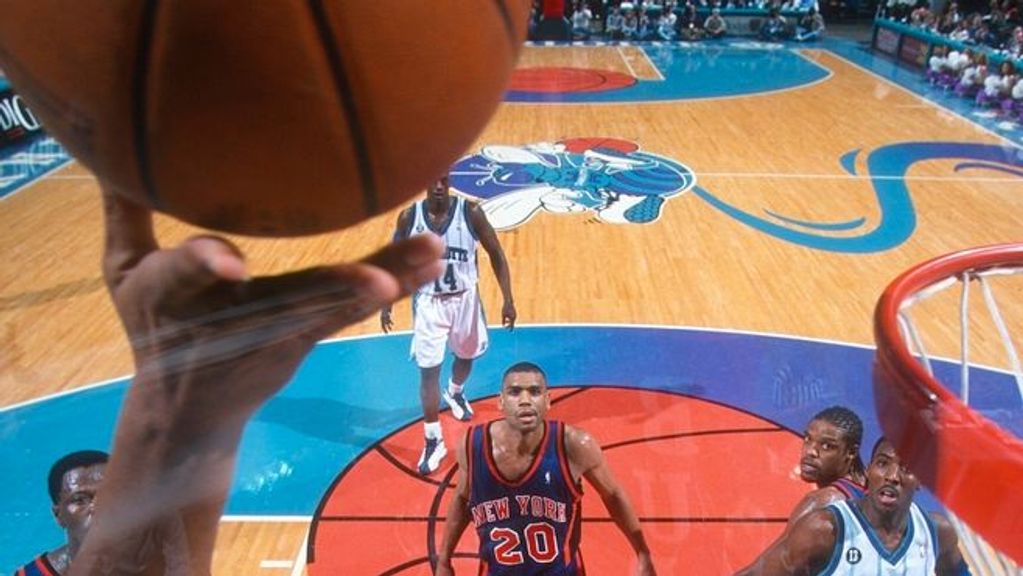 After a summer with offense on their mind, the New York Knicks find themselves third in offensive rating and No. 23 in defensive rating through eight games. (depositphotos)

The offseason additions of Kemba Walker and Evan Fournier have helped immensely. Both are shooting above 41% beyond the arc. Walker’s even drilled (an unsustainable) 51% of his 49 triples. A healthy Mitchell Robinson is providing elite play-finishing from the center position (86% shooting at the rim), an element this club missed after he went down in mid-February and was sidelined for the rest of the season.

Incumbents like Derrick Rose (48.1%), Alec Burks (41.9%) and RJ Barrett (41.7%) are cooking from downtown to open the year, and helping mitigate star forward Julius Randle’s slow-ish scoring start (53.1% True Shooting). The play-calling has been more creative and effective. Last year, the Knicks ranked 24th in three-point rate and third in three-point percentage. This year, they rank ninth in the former and second in the latter. The upgraded personnel is more conducive to higher volume long-range shooting, and the offense is reaping profits.

All of it, though, ties back to Randle as the hub of the attack. The supporting cast is designed to accentuate him in that role to magnitudes it failed to achieve a season ago. Fournier has proven to be an incredible release valve for Randle and the entire offense. Together, they’ve quickly established synergy, particularly in dribble-handoffs, ball-screens and post-ups, where their respective dribble-pass-shoot equity presses defenses into a bind. Nineteen of Randle’s 47 assists have been gifted to his French running mate.

Fournier is a shrewd off-ball nomad and can fire movement threes. When the ball swings his way off an advantage, he strikes. When he and Randle team up on side pick-and-rolls or DHOs, they’re boogying into success. Already, they’ve fashioned one of the NBA’s more dynamic two-man games, something this offense didn’t really offer Randle in 2020-21. Reggie Bullock helped as an off-ball shooter, but Fournier’s creation chops — supplemented by his own off-ball shooting — instill vital wrinkles to juice up possessions like these.

Whether it’s a byproduct of newfound talent, individual growth or a combination of the two, Randle has also been a more impactful facilitator to begin his eighth NBA campaign. Last season, according to PBP Stats, 81% of his assists came at the rim or beyond the arc. This year, that clip has spiked to 96%, the highest percentage among the league’s top-30 assist leaders.

Although his scoring has suffered thus far, he’s been a maestro playmaker. He’s shoveling interior dimes through traffic to big men for scores, and spraying skip passes to vacant shooters on the perimeter. His distributing was quite good in 2020-21, but it feels heightened now; a touch of more timeliness, creativity and discernment. New York constructed a roster better equipped to complement its star, and he’s delivering to help spearhead an elite unit at this juncture.

The other splashy offseason signee, Walker, has brought a different (yet nonetheless welcomed) skill set than Fournier. He sports a career-high three-point rate of .590, and has cashed 45.5% of his 33 off-the-bounce triples. With a pop-gun release and dizzying screen navigation, he’s consistently able to manufacture *just enough* space to fire away in narrow quarters. No other starter each of the last two years brings that sort of pull-up zeal or late-clock bail-out option when the “Randle Well of Offense” runs dry.

Internally, Barrett has built off his breakout sophomore season to take further strides in Year 3. He’s a craftier and improved driver, and has upped his three-point rate from .292 to .429, while still converting north of 40% beyond the arc. Not only has he become a more willing three-point bomber, the difficulty of those looks and his comfort in them appears to have blossomed as well.

After taking just 20 pull-up threes last season, he’s hoisted 14 through eight games and knocked down five of them. He’s also experimenting with a smidge of off-movement volume, and is unbothered by well-executed closeouts — both of which were less frequent facets of his 2020-21 shooting portfolio. Neither of these starters is functioning in tandem with Randle like Fournier, but both are critical to the Knicks’ elite offensive brigade and easing the burden for the man who organizes most possessions.

Schematically, the approach has been enhanced with some fairly basic, albeit useful, concepts. They’re setting more weak-side flare and pin-in screens to spring free shooters during Randle’s face-ups. They’re running Spain pick-and-rolls to utilize their lob threats, ball-handlers and snipers.

On Fournier-Randle actions, there’s typically an empty corner to maximize their operating space and bestow greater emphasis on the responsibilities of defenders directly involved in the play rather than inviting help. When Walker is commandeering possessions up top, many plays are run out of a Horns-based alignment that present two screeners with contrasting skill sets (Robinson and Randle), which enables Walker’s ball-screen savvy to shine (evident on his bucket against Orlando in the montage above).

A few questions to answer moving forward do exist. Walker will not shoot 51% from three all year, and his 38.2% mark inside the arc is troubling, given his size, age and declining burst; although, it should stabilize somewhat. He’s also only shot *gulp* 11 free throws in eight games.

Despite polishing up the playbook, stretches of Randle iso-ball still pop up and overextend him, while ostracizing the surrounding offensive talent. It’s what happened during a portion of the first half of their loss to the Toronto Raptors and allowed Toronto to trim a double-digit deficit to four before the break and, ultimately, snagging a victory.

In crunch time, they occasionally seem a bit too reliant on Walker’s pick-and-rolls. While he can run those in spurts, banking on it as a primary source of late-game creation probably isn’t viable because the pull-up three is his only consistent move these days (it’s a darn good one, to be fair). Running actions that pair Randle with one or multiple ball-handlers could produce more fruitful results when the game is on the line.

Given their playoff struggles last spring, establishing counters to prevent most tasks from resting on one guy’s shoulders is imperative. For much of this year, they’ve done so, and that’s why the Knicks are thriving offensively. Randle remains the do-it-all star.

Doing it all has just become simplified and increasingly potent.