Fund to invest in Israeli entrepreneurs operating in line with the U.N.’s Sustainable Development Goals. 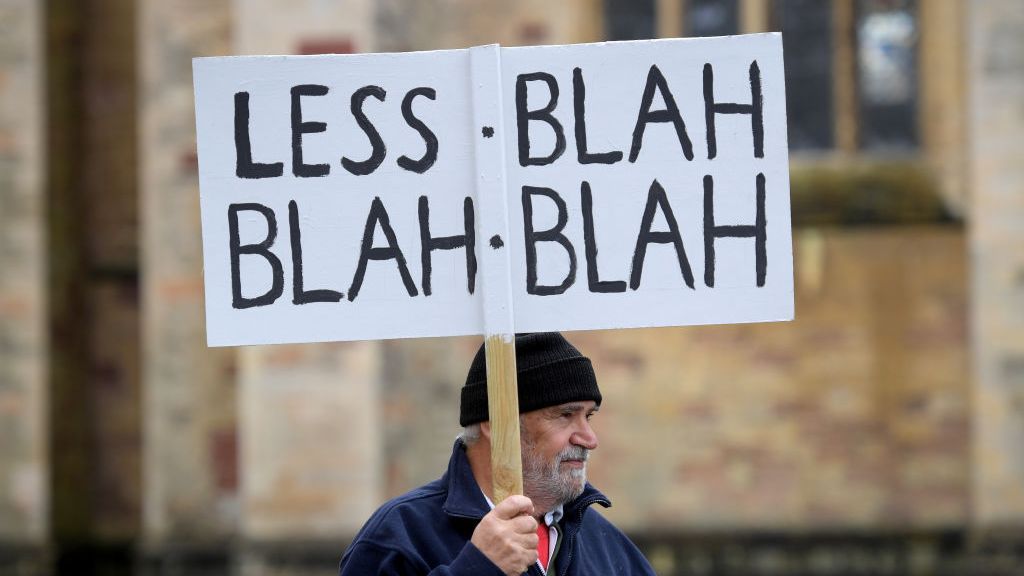 Protesters gather prior to a march on Nov. 6 in Bristol, England. Protest groups across the U.K. marched in solidarity with protesters in Glasgow, Scotland, who demonstrated at the COP26 Climate Summit, demanding that governments and businesses commit to climate solutions. (Finnbarr Webster/Getty Images)

The sustainability fund, Firstime’s third investment fund, is aimed at Israeli entrepreneurs operating in line with any of the U.N.’s 17 Sustainable Development Goals, which include zero hunger, clean water and sanitation, affordable and clean energy and responsible consumption and production.

The fund has already invested in two startups, BeeHero and Hygieia. BeeHero’s sensors are installed inside hives to predict bee disorders and help beekeepers address their colonies’ health in real time, while Hygieia has developed an insulin management program for people with diabetes.

“We are rapidly changing our climate and are witnessing a global breakdown. We can longer continue with ‘business as usual’ as the impact of the climate crisis is affecting our health, our economy, and our lives,” Firstime said.

“We are looking for founders that are helping to solve the world’s most urgent challenges, from reaching net-zero carbon goals which will help mitigate the climate crisis, to precision agriculture tools that will help us adapt our farming and food industry to our new climate to accessible digital health solutions that can help billions of patients.”

Firstime’s sustainability fund has reportedly already raised some $50 million and is set to raise the remainder in coming months. The fund is also being supported by Israeli-Canadian investor Jonathan Kolber.

A 120-person Israeli delegation joined world leaders in Glasgow last week for COP26). Meanwhile, many Israeli scientists, entrepreneurs, activists, educators, clergy and artists are working to understand and address the global climate crisis and its consequences, from food insecurity to natural disasters.

“Solving the problems of climate change is not going to happen using any single approach. It’s going to require that everyone comes to the table with their strongest tools,” she said.

“We’ve passed the point where we can ask if climate change is really happening and who’s to blame. The real question now is whether we’re going to carry on the same ‘normal’ that our parents, grandparents and great-grandparents gave us or whether we’re ready to take on a new normal where we can use the technology and knowledge we have to slow, and perhaps even reverse, the damage we’ve already done.”

Herzog said the climate crisis is “an opportunity for us as a country to do “tikkun olam,” to repair the world, and to be part of the greatest positive development of our generation. Although we as a small country are not a major actor in the creation of the crisis, we can certainly be a meaningful actor in the response to it.”

«Previous Post
‘The Chatbot Will Help Diagnose You Now’»Next Post
To Save The Planet, Try Stopping The Scare Tactics