Tiny fish use the predators’ rough skin to exfoliate. Just don’t rub them up the wrong way. 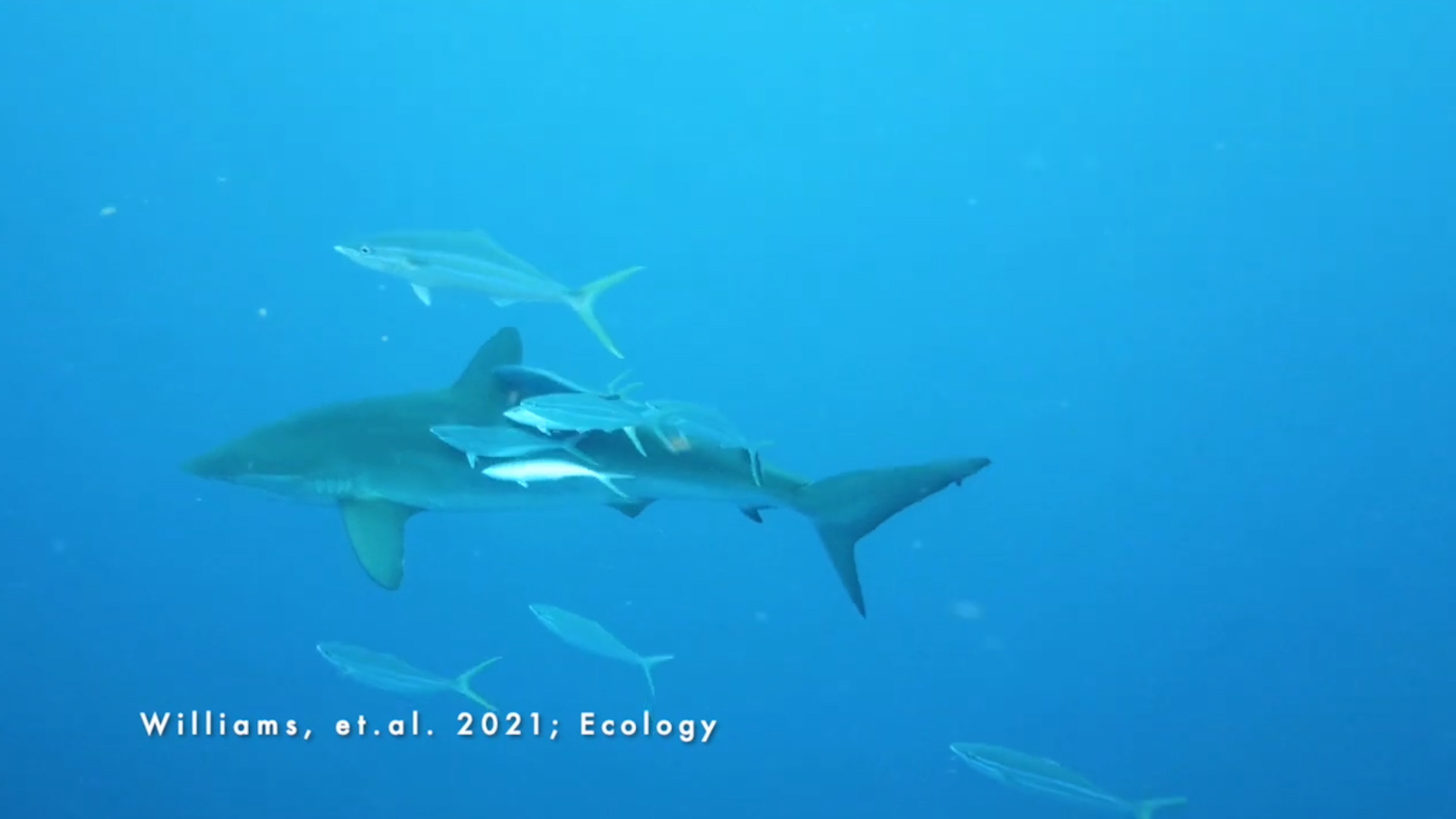 Fish seen rubbing up against their shark predator in this screenshot from an underwater video. Researchers believe this behavior plays a greater ecological role than previously known. (University of Miami Shark Research and Conservation Program at the Rosenstiel School of Marine and Atmospheric Science/Zenger)

Small fish that rub their bodies against great white sharks could be exfoliating their skin and trying to remove parasites, researchers say.

The risky behavior exhibited by the fish could play a significant ecological role, according to a team of researchers led by the University of Miami Shark Research and Conservation Program at the Rosenstiel School of Marine and Atmospheric Science.

“While chafing has been well documented between fish and inanimate objects, such as sand or rocky substrate, this shark-chaffing phenomenon appears to be the only scenario in nature where prey actively seek out and rubs up against a predator,” said Lacey Williams, a UM Rosenstiel School graduate student who co-led the study.

Though fish have been observed chafing against sharks, researchers say their study, published in Ecology, The Scientific Naturalist, shows the cross-species behavior is more widespread than previously known.

The “chafing events” were documented at 13 different locations around the world and varied in length from eight seconds to five minutes. Sometimes it would be just one fish chafing against one shark, but at times shoals of more than 100 fish would be bumping against several sharks.

The researchers recorded 12 fin fish — any fish with fins, such as salmon, tuna or sharks, as opposed to shellfish or other sea creatures — chafing against eight different species of shark, including great whites.

One case that stood out to the research team was recorded by an aerial drone in Plettenberg Bay, South Africa and showed 25 occurrences of a leervis fish going out of its way to rub against an enormous great white shark.

The researchers also found that silky sharks (a species that does not have rough skin) chafe against whale sharks.

“We suspect that chafing against shark skin might play a vital role in the removal of parasites or other skin irritants, thus improving fish health and fitness.”

The researchers hope that future studies will be able to further develop the theory of why fish seek out and rub against their natural predators.