VIDEO: US And Japan Conduct Bilateral Operations In The South China Sea 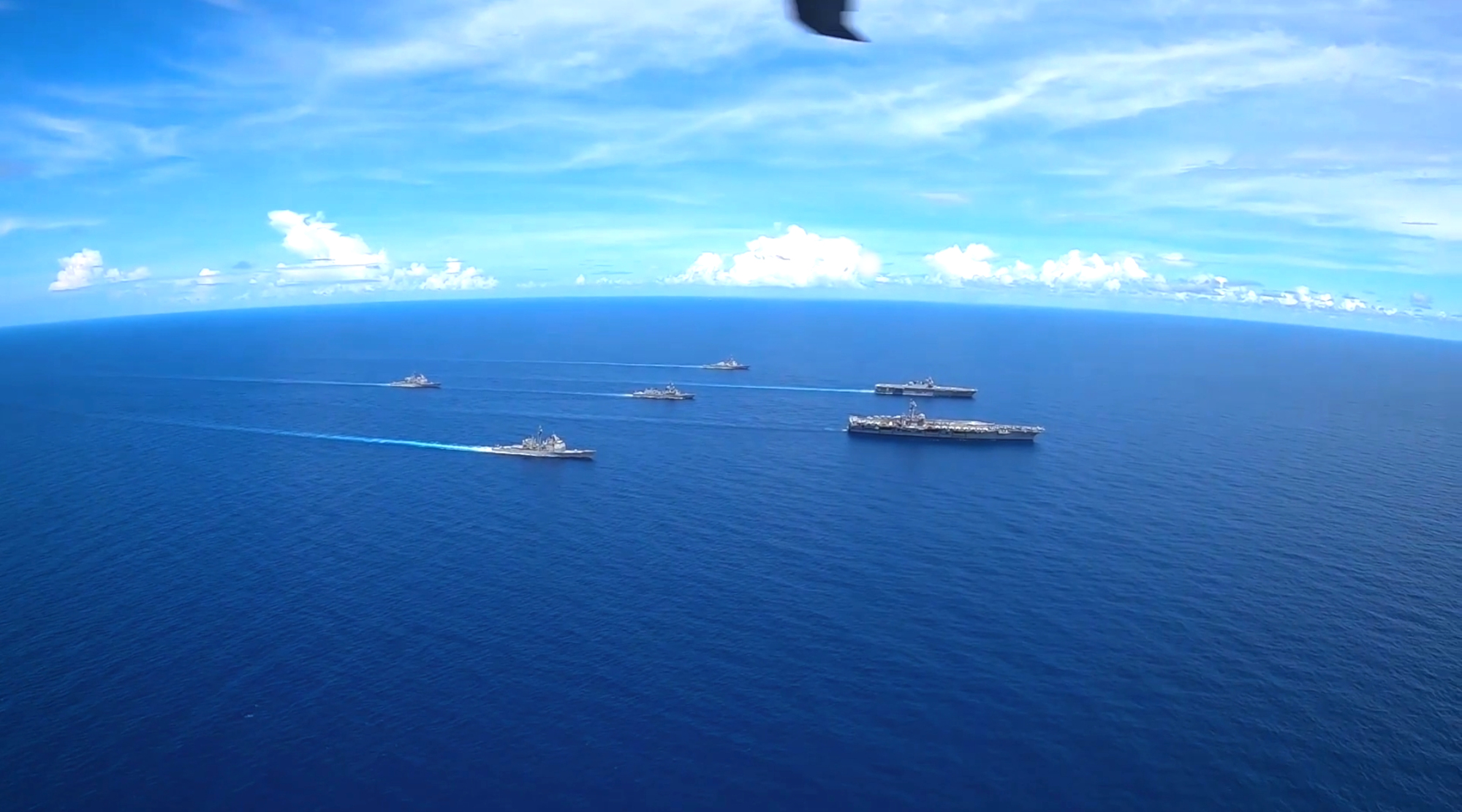 The US. Navy and the Japan Maritime Self-Defense Force have been holding joint operations in the South China Sea. (U.S. Navy/Zenger)

The navies of the U.S. and Japan have teamed for joint exercises in the South China Sea. Despite heightened tensions in the region with China and Russia, both countries involved in the exercises described them as routine.

The exercises, involving the U.S. Navy’s Carl Vinson Carrier Strike Group and the Japan Maritime Self-Defense Force helicopter carrier JS Kaga, represent the first such effort since the American group deployed there this past summer.

While in the South China Sea, Japan and U.S. Navy units are conducting maritime security operations organized to include flight operations, coordinated tactical training between surface and air units, refueling-at-sea evolutions, and maritime strike exercises. Video released Nov. 4 by the Navy showed aerial views of the flotilla taken from a helicopter, as well as images of that aircraft landing on the deck of one of the U.S. vessels.

Cooperative maritime engagements and U.S. carrier operations in the South China Sea are part of the U.S. Navy’s routine presence in the Indo-Pacific, the military branch said.

“Bilateral operations are one key component in our collective maritime readiness,” said Rear Adm. Dan Martin, the strike group’s commander. “The Indo-Pacific is a dynamic region and by continuing to conduct routine operations with our allies and partners throughout international waters and airspace, we demonstrate our unwavering commitment to upholding international law, on the sea and in the air, and to ensuring that all nations can do the same without fear or contest.”

Japanese officials seconded the need for such a presence.

“Through a series of large-scale exercises, the Japan Maritime Self-Defense Force was able to enhance its tactical capabilities as well as strengthen its cooperative relationship with the navies of participating countries,” said Rear Adm. Ikeuchi Izuru, commanding officer one of that country’s escort flotillas.

“Our activities in the South China Sea and Indian Ocean, which are important international maritime traffic routes, together with the navies of our allies and partners who share our fundamental values and strategic interests, demonstrate our unity and strong will to realize a ‘free and open Indo-Pacific’ based on law,” he said.

This latest exercise is one of several in the region undertaken in recent weeks by the world’s superpowers. Last month, the Russian and Chinese navies sent warships on a joint mission into the Pacific Ocean for the first time. Earlier in October, 10 Chinese and Russian naval vessels sailed through a strait in the Sea of Japan at the conclusion of the annual Russian-Chinese “Maritime Interaction” war games.