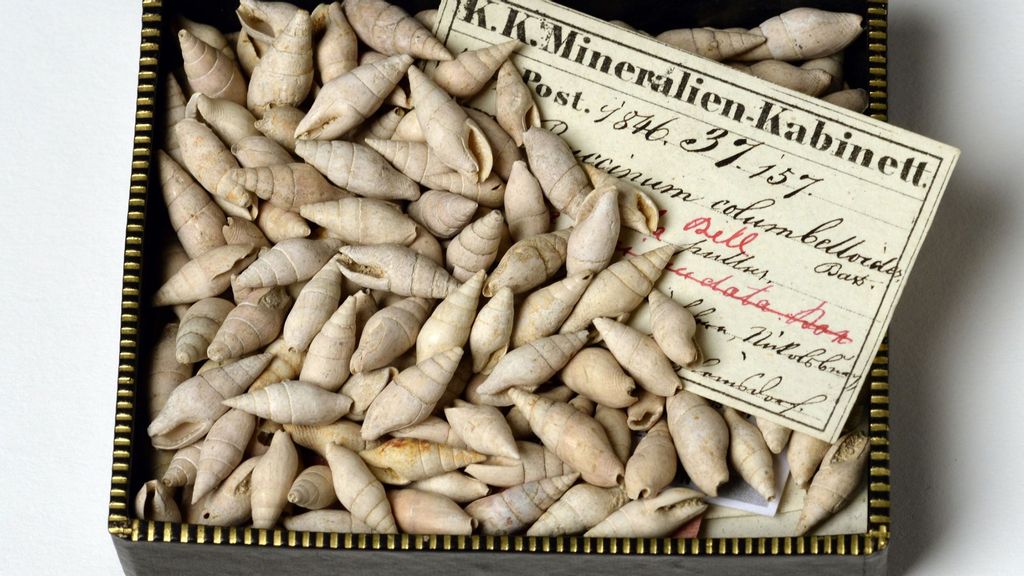 Vienna’s Natural History Museum has discovered 33 new species of snails that lived millions of years ago after unboxing them from their 150-year storage.

The museum named one of the newly discovered species after the Austrian capital, christening the small snail Mitrella viennensis.

The snails lived in the seagrass meadows of Vienna and Baden, which were covered by the Paratethys Sea millions of years ago.

New names have to be created for all 33 species and nine genera, a third of which have not yet been studied.

The snails, around 15 million years old, were kept in storage at the museum for 150 years with researchers only now identifying them as undiscovered species.

They were discovered thanks to a new project to learn more about the snails that lived in the sea covering eastern Austria at the time. The tropical Paratethys Sea stretched from Vienna to the Caucasus, and coral reefs grew in the eastern region of Burgenland. Hundreds of different shells, corals and fish populated the area, the remains of which have mostly been lost forever under modern towns and cities.

The Paratethys Sea became gradually shallower from the Pliocene era, around 5 million to 2.5 million years ago. Today, remnants of the sea include the Black Sea, the Aral Sea, the Caspian Sea, Lake Urmia and other bodies of water.

New research shows that many of the snails were found off the coast of West Africa. Due to rising water temperatures, they are believed to have migrated and replaced the native fauna. They are therefore an example of the possible consequences of today’s climate change.

“Our study clearly demonstrates the importance of scientific collections for recording past and modern biodiversity. The treasures of the museums are by no means all discovered, but specialists are needed to be able to recognize them at all,” said Mathias Harzhauser, the head of Studies and head of the Geological-Paleontological Department at the museum.

Emperor Franz Joseph I commissioned Vienna’s Natural History Museum and the Museum of Fine Arts, which face each other and have the same exteriors. Both were designed by architects Carl Hasenauer and Gottfried Semper.

The emperor opened the Natural History Museum in August 1889.