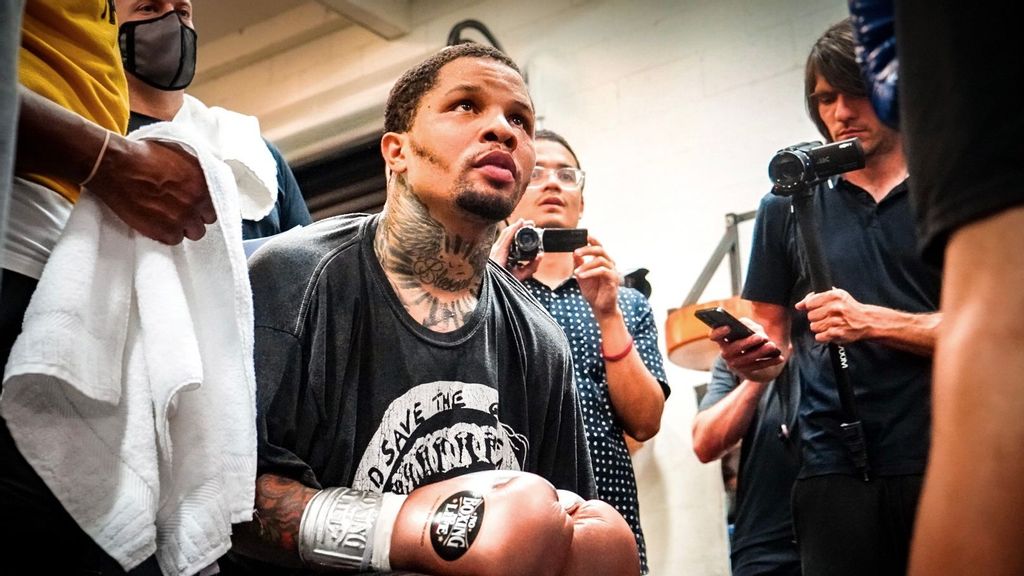 Southpaw Gervonta “Tank” Davis has a different opponent on Dec. 5, but his goal is unchanged.

The man nicknamed “Tank” means to steamroll his opponent.

“Everyone knows what I do,” said Davis, 26. “I come in looking for the knockout, and that’s exactly what I’m going to do in this fight.”

A three-division champion, Davis (25–0, 24 KOs) will pursue his 17th straight knockout victory against replacement Isaac “Pitbull” Cruz (22–1–1, 15 KOs) in defense of his WBA 135-pound title at the Staples Center in Los Angeles in a Premier Boxing Champions event on Showtime Pay-Per-View.

“Kudos to Isaac Cruz for stepping in as a replacement opponent in a high-pressure, pay-per-view fight against one of the brightest stars in boxing in Gervonta Davis,” said Tom Brown, president of TGB Promotions. “Cruz presents a different and some would argue a more difficult challenge to Tank Davis. Cruz won’t back down, and he’ll bring the fight to Davis from the opening bell.”

Cruz, who is 17–0–1 (12 KOs) since falling by eight-round unanimous decision to Luis Miguel Montano in February 2016, will be fighting for the third time this year.

“This is going to be a tremendous fight. Isaac Cruz was ready for this big opportunity,” said Leonard Ellerbe, CEO of Mayweather Promotions. “I expect [Cruz] to come ready to deliver the fight of his life.”

But Davis’ past three victories were knockouts in the 12th round over three-division champion Yuriorkis Gamboa (December 2019), the sixth over four-division title winner Leo Santa Cruz (October 2020) and the 11th to dethrone previously unbeaten WBA 140-pound champion Mario Barrios (June 2021).

Gamboa was floored three times as Davis won the WBA’s vacant lightweight crown, Santa Cruz was flattened and knocked out for the first time in his career and Barrios was dropped three times to fall to 26–1 (17 KOs).

“Gervonta Davis is a generational talent who’s only getting better,” said Ellerbe. “This fight is going to end in spectacular fashion on Dec. 5.”

Davis won his first crown via seventh-round TKO of previously unbeaten IBF 130-pound champion Jose Pedraza in January 2017. He then traveled to London that May for his initial defense, dropping and stopping previously undefeated southpaw Liam Walsh in the third round before the English fighter’s partisan fans.

But Davis lost his crown on the scales before his second defense that August, an eighth-round knockout victory over previously unbeaten Francisco Fonseca.

Davis regained the WBA’s 130-pound version of the belt in April 2018 with a two-knockdown, third-round TKO of former champion Jesus Cuellar, a southpaw.

Davis also made a pair of defenses by knockout in 2019, when he stopped former titleholder Hugo Ruiz (February) in the first round and Ricardo Nunez (July) in the second before facing Gamboa.

“We’ve all seen Gervonta’s blend of superb boxing skills and explosive power, and we know what he’s capable of,” Brown said. “It will be the irresistible force versus the immovable object, which means fireworks at Staples Center on Sunday, Dec. 5.”

“The Pitbull’s” past four bouts are his most impressive, starting in February 2020 with a 10-round majority decision over Thomas Mattice, who entered at 15–1–1 (11 KOs).

Cruz then scored a two-knockdown, 53-second stoppage of two-time world title challenger Diego Magdaleno in October 2020 in advance of consecutive one-sided decisions over Jose Romero and Francisco Vargas in March and June.

“I want to thank Gervonta Davis and his team for this opportunity — an opportunity I won’t let get past me,’’ Cruz said. “God willing, I’ll be world champion on Dec. 5. This fight is a very big motivation for me as a professional and as a personal goal. I’m sure after Dec. 5 everyone in boxing will know the name Isaac ‘Pitbull’ Cruz.”

But Davis has other plans for Cruz.

“I respect Isaac Cruz for stepping up and taking the fight,” Davis said. “I’m back in Los Angeles where the stars shine, and I’m going to light it up against Isaac Cruz.”