Ecuador has added 23,000 square miles to the protected seas around Darwin’s islands to save them from industrial fishing. 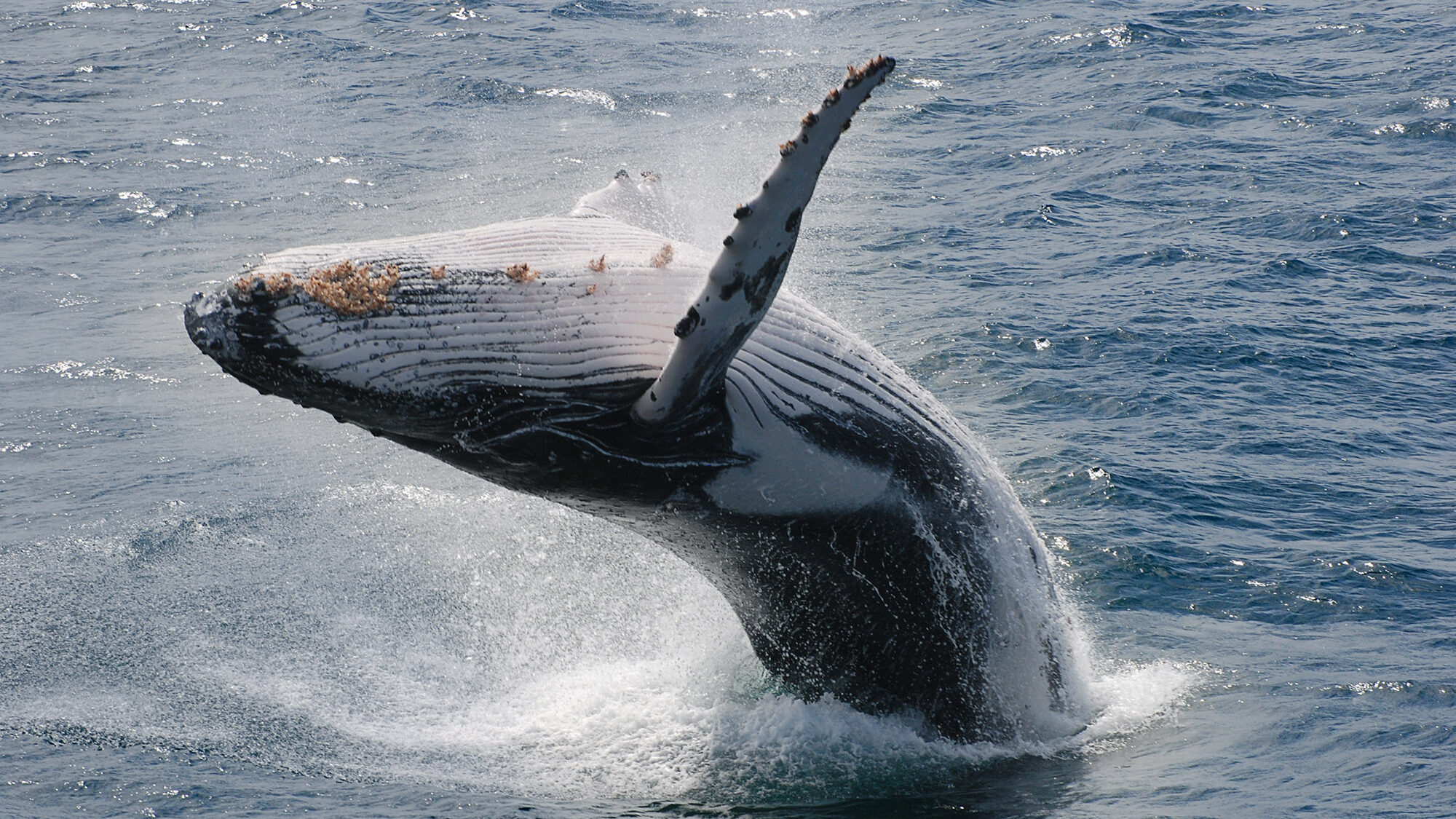 A humpback whale breaches the waters in the Galápagos Islands. (Jo Anne Rosen/Zenger)

Ecuador’s president has announced the expansion of the marine protection area around the Galápagos Islands by 23,000 square miles.

President Guillermo Lasso also announced the establishment of a protected marine corridor from the islands to Costa Rica, which had previously been exploited by shark-finning fleets.

He made the announcement at the COP26 UN Climate Change Conference held in the Scottish city of Glasgow on Monday, Nov 1.

U.S. nonprofit Galápagos Conservancy said it was “thrilled” with the announcement of the creation of a protected area that is 2.5 times the size of the state of Maryland and “covers more water surface area than Lake Michigan.”

The Galápagos archipelago is where English naturalist Charles Darwin developed his theory of evolution, partly because of the countless unique species that inhabit it.

The endemic species on the islands such as the critically endangered Galapagos pink land iguana (Conolophus marthae) and the legendary Galapagos giant tortoise (Chelonoidis) are under constant threat from invasive species, hunting and climate change.

In October, Galápagos Conservancy discovered the decomposing remains of 15 Galápagos giant tortoises, which they believe were victims of illegal poaching.

The number of Galápagos pink land iguanas left on the island has plummeted to just a few hundred, as hunting and the introduction of rodents have decimated the population.

“The declaration also creates an essential migratory corridor that bridges the gap between the protected waters of the Galápagos Marine Reserve and Costa Rica’s Cocos Island National Park,” said experts at Galápagos Conservancy.

“This previously unprotected band of water in the Eastern Pacific, known as the Galápagos-Cocos Swimway, is an underwater superhighway for an array of threatened and endangered migratory species like whale sharks, scalloped hammerhead sharks, manta rays, sea turtles [and] tuna.”

By protecting the corridor between the two UNESCO World Heritage marine sites, which has been a hotspot for commercial fishing and even shark finning, marine life can now be protected, according to the nonprofit.

“We expect that populations of these threatened and endangered species will soon begin to rebound, and we hope that this agreement between Ecuador and Costa Rica will serve as a model for multinational collaboration in marine conservation going forward,” the organization said.

“Although conservation work is never done,” sources at the nonprofit said, “today, we can celebrate a major victory for Galápagos and for our planet.”