Footage shows woman plucking the puppy from its play area and tucking it into her purse. 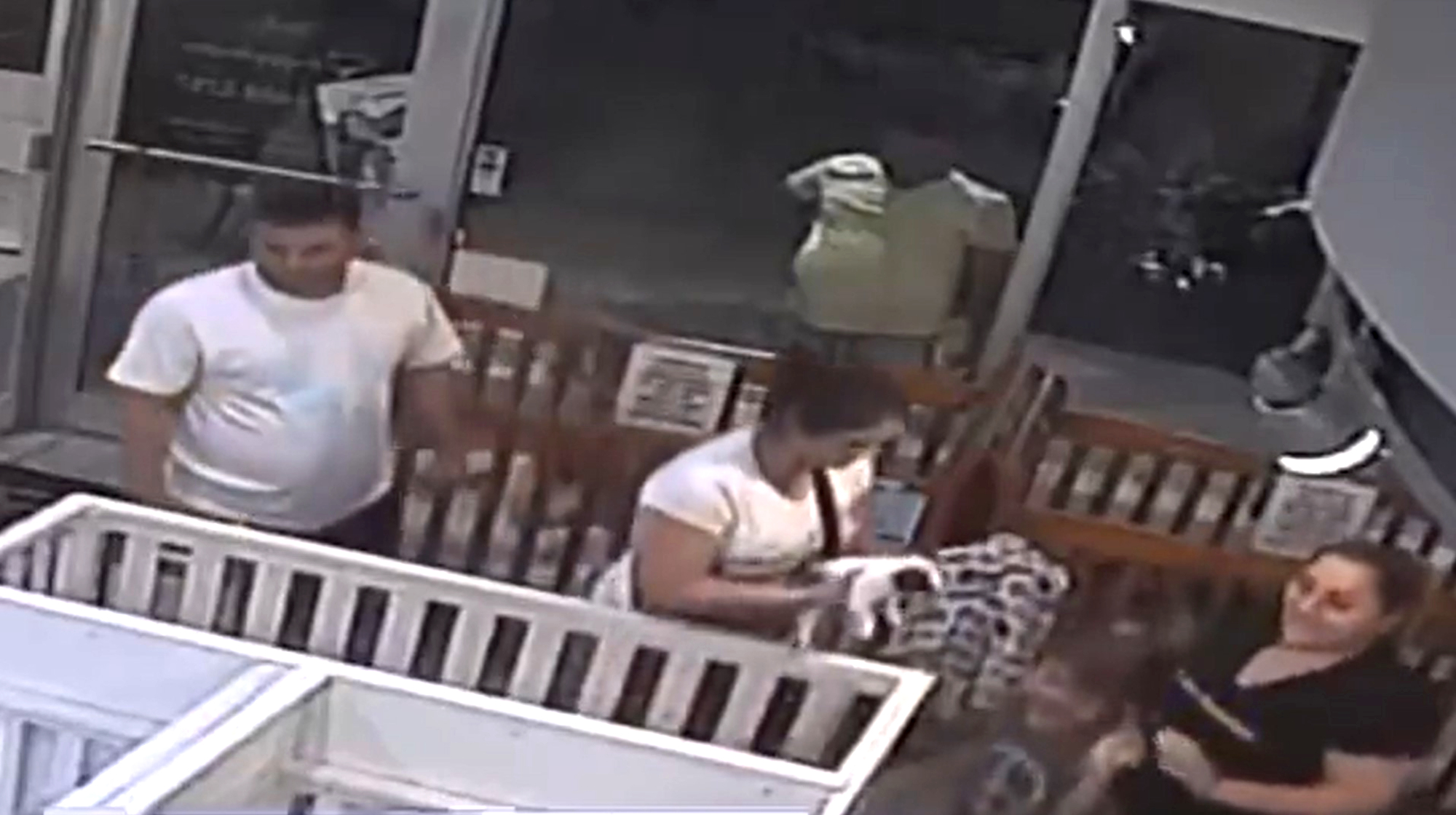 A family of four entered Puppy Buddy Pet Store in Boca Raton, Florida, on Oct. 30 and created a distraction while a woman reached into a puppy pen and snatched a chihuahua puppy, police said. The woman then concealed the puppy in her purse before walking out of the store.(Palm Beach County Sheriff/Zenger)

Police in Florida are trying to track a family who managed to steal a pricey chihuahua puppy from a pet store.

The Palm Beach County Sheriff’s Office posted a video of the theft on Twitter on Nov. 1 with the message: “Who does this? Seriously… who?

“These people stole Rosie a 12 week old female chihuahua from Puppy Buddy Pet Store in Boca Raton. See if you can spot how one distracted while the other took the puppy. If you know who these people are, please let us know. We need Rosie back,” the sheriff’s office said.

The video, captured on the store’s CCTV, was handed over to police to help track down the thieves.

The Palm Beach County Sheriff’s Office said the theft happened in the late afternoon of Oct. 30.

Police were called after staff reported that the chihuahua puppy was stolen after a family of four entered the store and distracted staff. One of the women reached into the puppy pen and grabbed Rosie, which she then put inside her purse.

The family, including the woman with the puppy in her purse, then walked out of the store without paying for the dog, which was said to be worth $7,000.

The video appears to show another woman in the store deliberately positioning herself to conceal the theft, while a man in a yellow shirt and a boy, also part of the group, stand aside. Police suspect that the boy may be the child of the woman seen in a black blouse in the video.

Police later determined that the suspects had arrived in a maroon 2021-2022 Chrysler Pacifica.

Police have asked anyone who might be able to help identify the thieves or knows the whereabouts of the puppy to call Crime Stoppers.

“The Chihuahua is a tiny dog with a huge personality. A national symbol of Mexico, these alert and amusing “purse dogs” stand among the oldest breeds of the Americas, with a lineage going back to the ancient kingdoms of pre-Columbian times,” according to the website of the American Kennel Club.

“Compact and confident, Chihuahuas are ideal city pets. They are too small for roughhousing with kids, and special care must be taken in cold weather, but Chihuahuas are adaptable as long as they get lots of quality time in their preferred lap,” the American Kennel Club says.