VIDEO: Not So Sharp: Ram Raiders Who Demolished Storefront To Steal Razors Sent To Prison 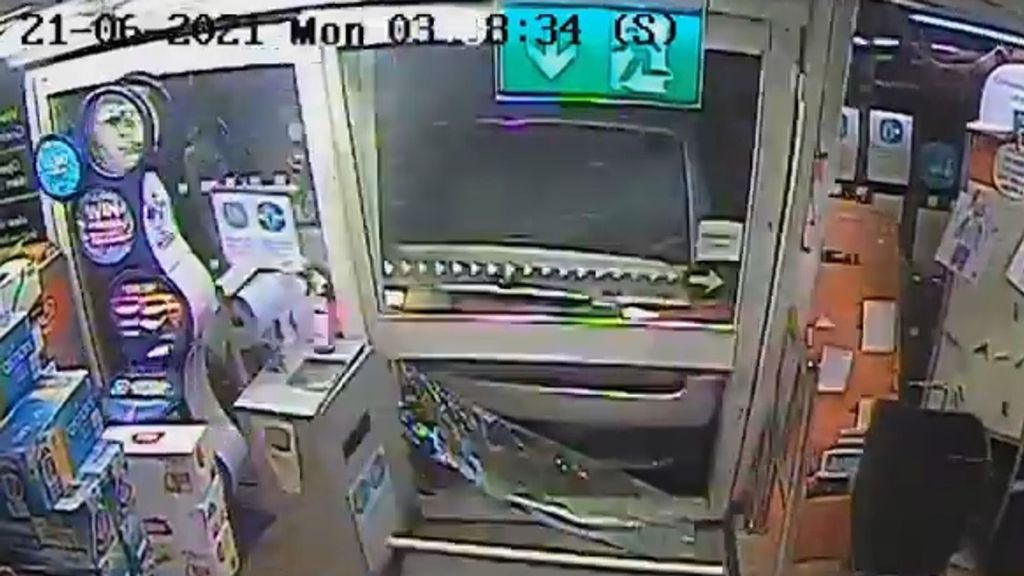 CCTV footage shows three men using a car to force entry to a shop in the Isle of Grain, Kent, England. (Kent Police/Zenger)

Three men who ram-raided a Co-op store in Kent, England, and made off with cigarettes and alcohol valued around $2,000 have been charged with burglary and sentenced to prison.

“Once there, Londors reversed his car into the front of the Co-op twice, causing considerable damage to the entrance,” police said. “Pearce and Turner got out of the vehicle carrying bags and entered the shop where they stole large quantities of cigarettes, alcohol, razor blades and football cards. Londors joined them to take crates of lager and over four minutes the trio stole items valued at approximately £1,500 ($2,000).”

The trio was then involved in a high-speed chase.

“Londors drove his accomplices from the scene and headed towards Rochester. Officers on patrol in Grain Road, who had been alerted to an alarm sounding at the Co-op, saw the BMW speed past them.

“Suspecting the occupants were responsible for the alarm, they gave chase and activated their blue lights.

“The pursuit continued across the Isle of Grain with Londors attempting to reverse into the police vehicle several times, making contact on one occasion. At one point, Londors drove the wrong way along a dual carriageway causing approaching vehicles to swerve out of the way to avoid a collision,” police said.

The police lost track of the BMW near Frinsbury, so search teams and a police helicopter were sent to the scene

Police found Turner hiding in the woods after around half an hour.

“Officers had found a number of the stolen items as they made their way towards him and, when he was searched, cigarettes and razor blades were discovered hidden in his clothing,” police said.

“A short while later the BMW was located unattended on a footpath near Four Elms Hill. It had suffered damage from driving through a hedgerow and contained much of the stolen property. The police helicopter then detected movement next to a nearby treeline and patrols attended the location and arrested Pearce.

“Inquiries were made into the ownership of the BMW and Londors was detained on June 29. CCTV from the Co-op along with other evidence confirmed the arrested men to be the offenders, and they were all charged with burglary. Londors was also charged with dangerous driving,” police said.

Pearce was also charged with robbing bridal accessories from a shop on Rochester High Street on June 17.

Londors, was sentenced on Oct. 15 to three years and eight months in prison for the Co-op robbery. He was also disqualified from driving for three years and six months and will be required to take an extended test.

Turner, who was on probation at the time of the robbery, was sentenced on Oct. 15 to three years and four months.

On Nov. 1, Pearce was sentenced to two years and eight months in prison. This included a concurrent sentence of three months for the Rochester High Street robbery.

“The only post office in the area was situated inside the premises and the closure caused considerable inconvenience to local residents, particularly the elderly and those unable to travel.

“The manner of the driving as they sought to avoid arrest was reckless in the extreme and these men thoroughly deserve some time in prison.”