A Florida man who tried to outrun the police is charged with aggravated assault against law enforcement.
By Joseph Golder November 4, 2021
Facebook
Twitter
Linkedin
Email 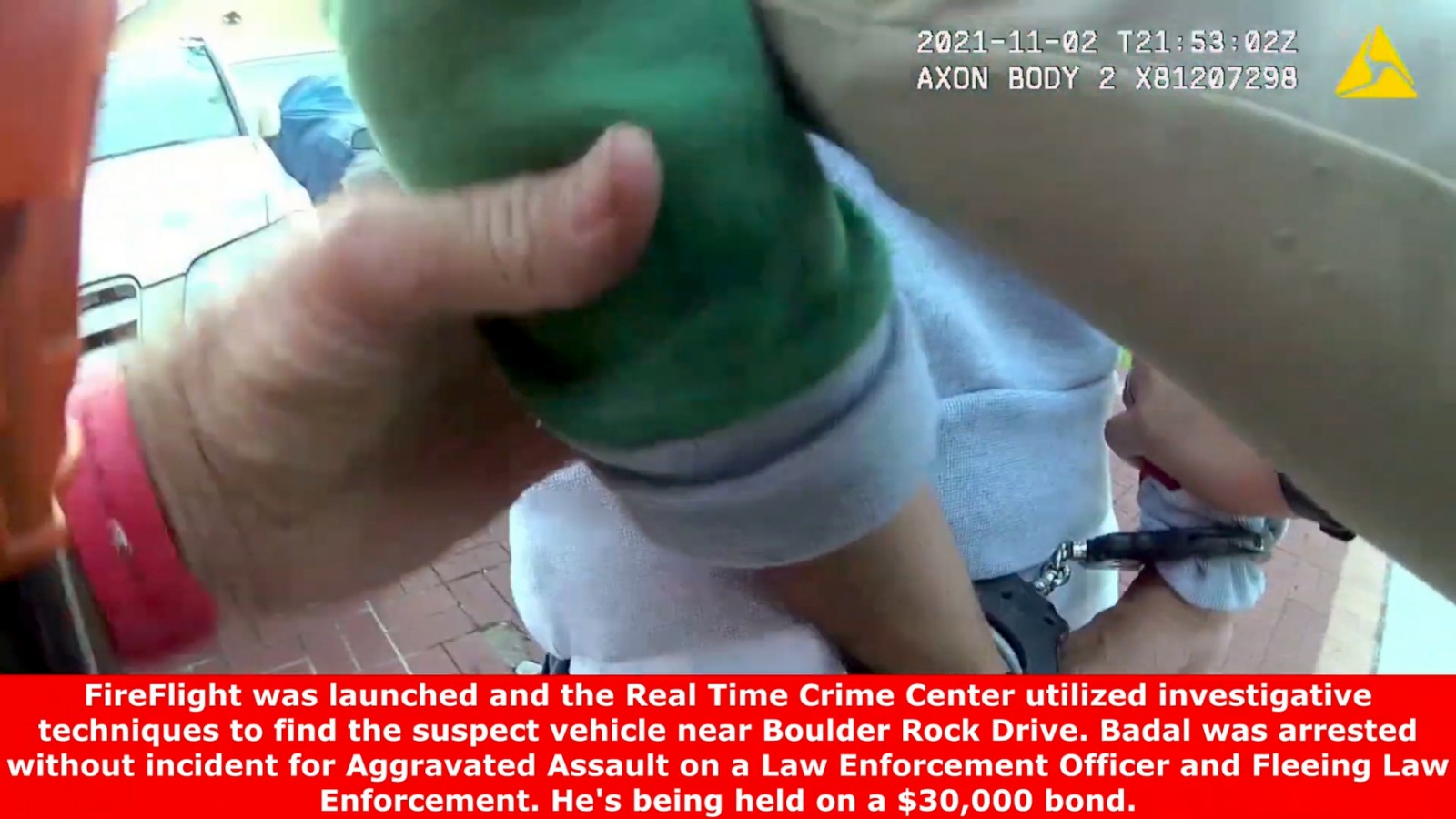 A suspect almost ran over a deputy during a police response, sparking a manhunt that ended with his arrest at gunpoint.

The drama played out in Palm Coast, Florida, on Nov. 2. It began when the Flagler County Sheriff’s 911 dispatch center was called to a possible domestic disturbance.  A woman said she and a man, later identified as David Badal, had been arguing all night.

She said he had been screaming and crying and refused to let her leave the residence. A police unit was sent to investigate.

The authorities discovered the man outside the property. When they tried to question him, he said he had been told to leave and indicated the heated argument was about “his kid.”

However, when police asked him to walk to the driveway, Badal headed to a black Lexus SUV parked in the driveway. He opened the driver’s door, got inside, and locked himself in the vehicle.

He then ignored the police officer’s request to get out and drove away. Badal came dangerously close to running over the officer.

The footage shows him speeding off with police running to the patrol car and attempting to follow. However, the suspect had already vanished in his SUV.

Police then managed to track the vehicle down to Boulder Rock Drive, using a combination of a Be-on-the-Lookout (BOLO), as well as the Flagler County Sheriff’s Office Real-Time Crime Center.

Once the suspect was located, armed units staked out the car. Eventually, he surrendered without incident.

“Our deputies showed great restraint, but we weren’t going to let him get away, and our team did a great job using every tool and resource available to find and arrest him.

“This dirtbag took a domestic-violence case and turned it into multiple felony charges, so I hope he likes his cell at the Green Roof Inn.”

There were 714 domestic violence related-offense reported in Flagler County in 2018 and 659 reported in 2019, according to the most recent data available from the Florida Department of Law Enforcement.