The feline survived a destroyed house and a toxic cloud that blanketed the neighborhood. 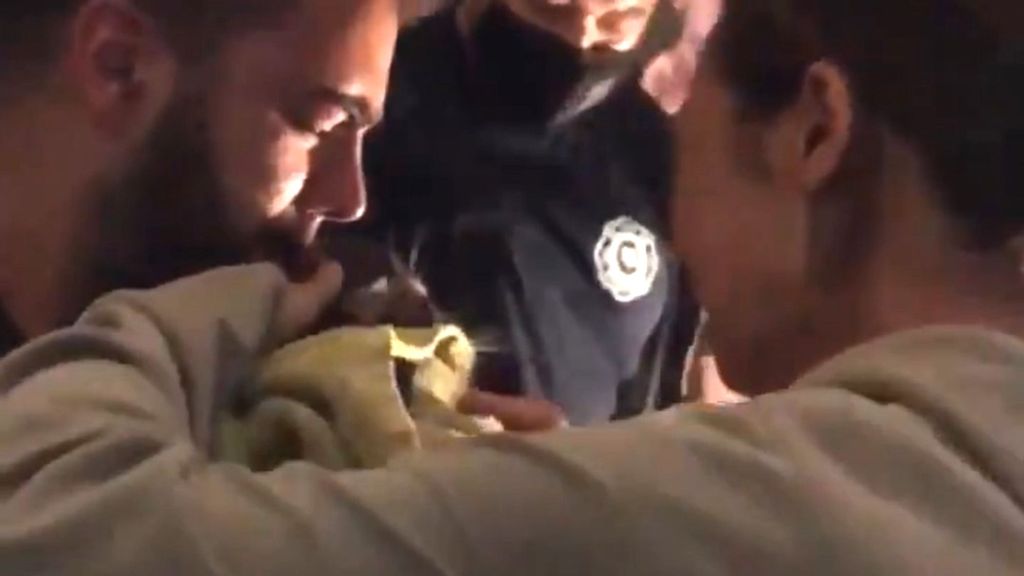 Firefighters cut a hole in the ground of a burnt property to rescue the owner’s cat on Nov. 3. The animal had been trapped in a hole three days after a fire in Brisbane, Australia. (Queensland Fire and Emergency Services/Zenger)

A cat believed to have died after a raging fire that destroyed three properties in Queensland, Australia, was pulled from the rubble by firefighters.

The emotional video footage shows a fireman with heavy cutting gear removing a big block of concrete on Nov. 3. The scared cat was trapped in a hole beneath the slab, amid the rubble.

The firefighters then managed to extract the feline and place it into a blanket, where it was safely reunited with its tearful owners.

The survival of the cat was all the more remarkable given the dangerous conditions created by the blaze. During the inferno, a warning was issued regarding the toxic smoke being released. That was due to lead paint, which was widely used on the old-fashioned Queensland properties.

People in the neighborhood were even warned to stay inside after the fire to avoid smoke inhalation. There had been careful monitoring of the atmosphere before it was deemed safe for the firefighters to re-enter the building, where they discovered and rescued the cat.

Footage of the rescue was posted online by the Queensland Fire and Emergency Services team, which said: “Get the tissues ready. This is the moment our firies reunited a cat with its owners following an inferno that destroyed three properties in Brisbane on Sunday. The kitty, which had been missing since the blaze, was trapped in a hole beneath concrete. We’re not crying, you are!”

Following the blaze, police had declared the location a crime scene and described the inferno that destroyed one property and badly damage two others as suspicious.

The fire department has appealed for witnesses to come forward. It also confirmed that no one was hurt in the incident.

In a statement issued following the fire, authorities said: “Anyone who observed any suspicious behavior in the area prior to the fire is encouraged to come forward and speak with police.”

Queensland Fire and Emergency Services Superintendent Craig Stolte was one of the firemen on the scene battling the blaze. He said that one of the properties had been completely destroyed, while the second property was partially damaged. In addition, a dance studio was also partially burned.

The firefighters working with the police confirmed that at present, there is no clear cause for the blaze. The search for clues as to how the fire began is complicated by the fact that the main building has been completely destroyed.