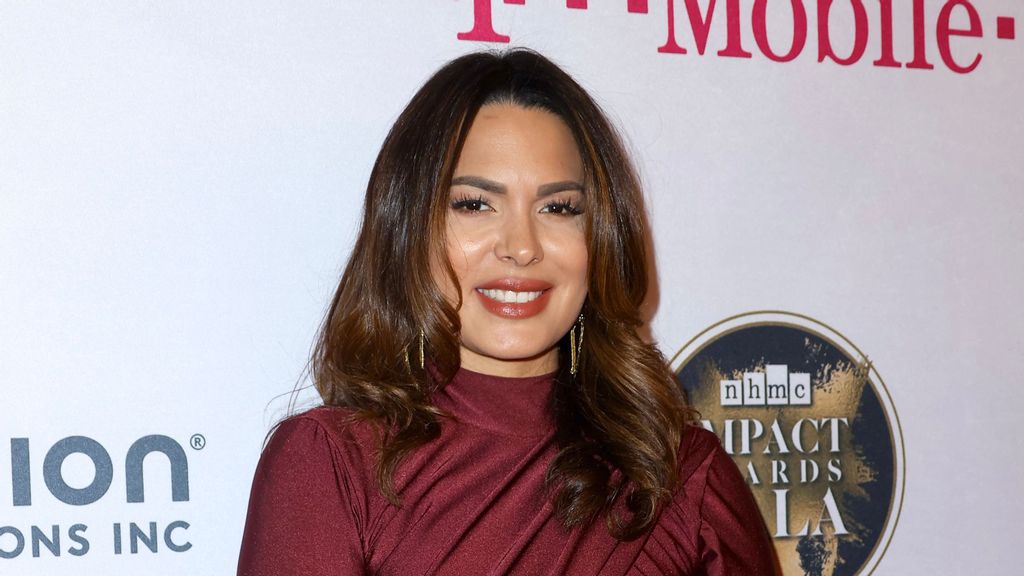 Rapping is a new skill Nadine Velazquez is honing on the ABC series “Queens.”

“Queens” tells the story of the four members of a defunct 1990s hip-hop female band reuniting in their 40s to recapture their former fame and swagger.

Velazquez is relying on her performing chops to nail her character.

“I’d never rapped ever before the show, never, not once,” said Velazquez, who plays Valeria, a rapper who also goes by the name of “Butter Pecan.” “And now I love finding and listening to the music and studying rappers, and just hearing things that I didn’t hear before. So, I rely on my ability to act because I’m not really pulling from any place other than that.”

The Latina artist joins Eve, Naturi Naughton, and Brandy in a series directed and co-executive produced by Tim Story. His film credits include the comedy/drama “Barbershop” and the superhero “Fantastic Four” franchise. Story has also directed music videos for artists like NSYNC, Tyrese Gibson, and Sonique.

Zahir McGhee (“Scandal”) is the creator and co-executive producer of the series, which features original music performed by the stars at the direction of executive music producer Swizz Beatz.

Velazquez is particularly in awe of her co-star Brandy, the actress/singer who plays Brianna, “Professor Sex.” Brandy has had a fantastic music career, starting with her eponymous album in 1994. Years later, she had her breakout starring role in the 1997 Rodgers and Hammerstein musical “Cinderella.”

“Brandy has moved from Princess to being a queen on this show,” said Velazquez. “She is very powerful, badass, raw, and beautiful. In fact, all three of the women are just so excellent, and it becomes very apparent to me how much I am learning when we are in music and dance rehearsals.”

When asked about her experience with the choreography, Velazquez laughs. “It’s been like having two left feet,” she said. “But I’m getting it. I’m getting it more and more. And I can’t even describe the growth from the pilot to where I’m at right now, just in terms of my comfort and ability to just, like, be free. But you’ll see.”

Born in Chicago, of Puerto Rican descent, Velazquez played Catalina Aruca on “My Name Is Earl” and Sofia Ruxin on “The League.” She is also a model and has appeared in films such as “War,” “Flight,” and “Snitch.” She was a cast member on the TV series “Major Crimes.”

For Velazquez, “Queens” does not deal with the conflict of female friendship vs. rivalry. “It really is strong on both,” she said. “And that’s what makes it so special. The characters had their disagreements in the past, but now they’ve come together to hold each other up.”

Co-written by McGhee, the series marries a passion for the female hip-hop legends of the 1990s with an in-depth exploration of womanhood.

“What makes this [series] special and [this moment] the right time for it is, number one, we have a lot of the real people who are doing hip hop now, which gives it a certain level of authenticity,” McGhee said. “And we have the opportunity to tell the breadth of stories about the experience of women of color. They are varied; they’re great. And they are beautiful. I think that the time for this show was yesterday, and the time is also today, and the time is even for tomorrow.”

“Audiences are going to get a treat when they see ‘Butter Pecan’ perform. This girl can do it,” said Brandy.

Nadine Velazquez Becomes a Rapper in ABC’s ‘Queens’ is published in collaboration with LatinHeat Entertainment.