Higher Prices At The Pump May Be Around For A While

The retail price for a gallon of gasoline has been stuck at seven-year highs for several weeks.
By Daniel James Graeber November 4, 2021
Facebook
Twitter
Linkedin
Email 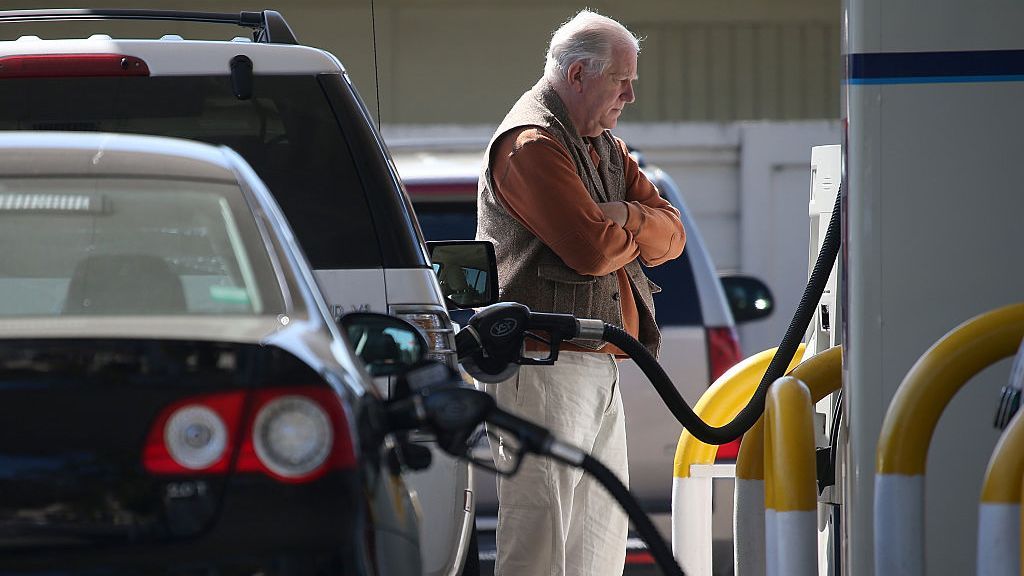 AAA listed a national average retail price of approximately $3.40 for a gallon of regular unleaded gasoline for Nov. 2, the highest it’s been since late 2014. (Justin Sullivan/Getty Images)

The price at the gasoline pump is not expected to move substantially lower any time soon, though analysts told Zenger they can’t rule out some big ups and downs in the future.

Travel club AAA listed a national average retail price of approximately $3.40 for a gallon of regular unleaded gasoline for Nov. 2, the highest it’s been since late 2014.

Prices tend to move lower during the fall and winter because of lower demand and because refineries start making a different seasonal blend of fuel that’s cheaper to produce. But because oil prices are high, along with prices for some components needed to make gasoline, consumers haven’t had any relief at the pump this year.

Patrick DeHaan, senior petroleum analyst at GasBuddy, said gasoline prices are stuck at elevated levels due to a myriad of factors. At a time when the shift to cleaner fuels dominates the news, British oil and gas company BP said in its quarterly report that it expected global crude oil demand to go beyond 100 million barrels per day. That’s higher than many analysts had expected.

Meanwhile, OPEC members may brush off calls for more oil when they meet virtually on Nov. 4 and deliver only the planned increase of 400,000 more barrels per day to the market.

A healthy level of demand and a lack of new supplies mean higher crude oil prices, which in turn trickles down to the consumer level.

“I don’t expect we’ll see meaningful, nationwide relief from these higher prices for weeks if not longer,” DeHaan said.

It could be an early winter for some parts of the United States, with some northern parts of the country already seeing several inches of snow. That, along with moving the clocks back an hour this weekend, may keep some would-be drivers at home, limiting some of the demand pressures.

But that’s only part of the story. Tom Kloza, president of the Oil Price Information Service, said “linger for longer” may be in play for gasoline prices considering the long stretch of levels above $3 per gallon.

However, markets can move quickly. A small decline in natural gas prices could spill over to crude oil prices and influence the direction for RBOB, a fuel product made from refined crude oil, listed on the Chicago Mercantile Exchange as a futures contract.

As broader commodity prices go, so too goes the price at the pump.

Crude oil prices, natural gas prices and RBOB have all run hot in recent trading sessions. Retail prices may be influenced, meanwhile, by maintenance work at key refineries in the United States and Canada, as well as by lower refinery activity in Europe, which sends gasoline to the U.S. East Coast.

“One or two corners of the triangle (of the above factors) should be removed in the next 10 days,” Kloza said. That would take some of the wind out of the sails for higher retail gasoline prices.

“Because of logistical, regulatory, and quality considerations, exporting some petroleum is the most economical way to meet the market’s needs,” the Energy Department said. “For example, refiners in the U.S. Gulf Coast region frequently find that it makes economic sense to export some of their gasoline to Mexico rather than shipping it to the U.S. East Coast because lower-cost gasoline imports from Europe may be available to the East Coast.”

Patricia Hemsworth, a senior vice president at Paragon Markets, said ups and downs may be in store in the broader market and any price direction may be influenced by what the Europeans send across the Atlantic.

The federal government last month said it expects the national average price of gasoline to move to approximately $3.05 per gallon by December.

«Previous Post
Not So Fruity: Plan To Pay More For Bananas»Next Post
Why The Global Supply Chain Is Broken And How To Fix It