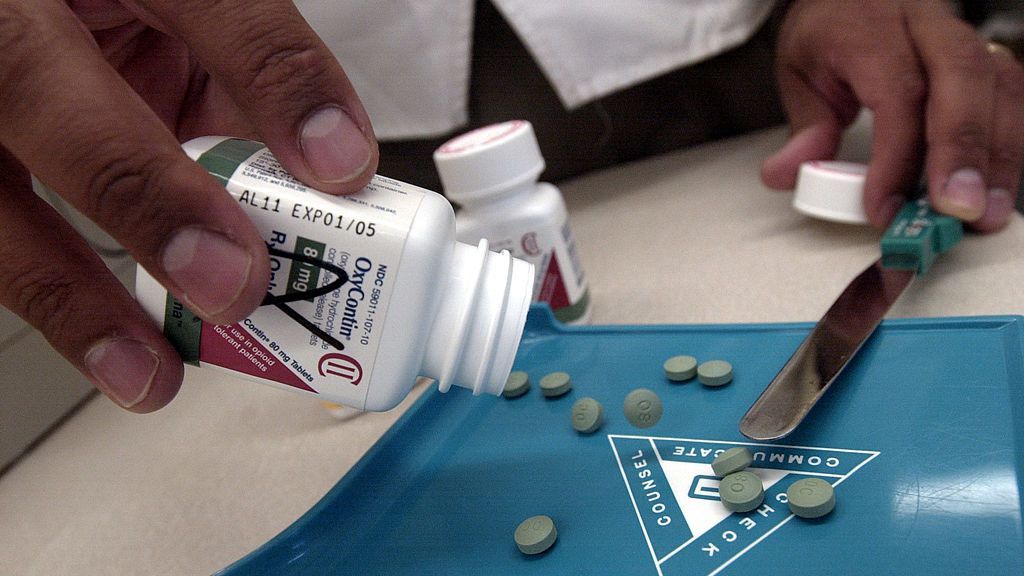 An audit of the Murray-Overhill Pharmacy in Media, Pennsylvania, found large amounts of missing medications that had not been properly accounted for. (Darren McCollester/Getty Images)

An 81-year-old pharmacist in Pennsylvania has been arrested and charged with trading pain medication for sexual favors from customers.

The Delaware County District Attorney’s Office wrote in a Nov. 1 statement that Martin Brian was arrested and charged with distributing drugs from his pharmacy in Media, Pennsylvania, in return for sex from addicted customers who had no prescriptions.

Jack Stollsteimer, Delaware County District Attorney, said: “He was giving out those drugs to people who did not need them, people who were addicted to them, just so he could get what he wanted from them, which was sexual gratification.”

The investigation was launched in April, when police were notified about two people passed out inside a car parked behind the Murray-Overhill Pharmacy on State Street.

The cops questioned the two and became suspicious when their statements contradicted each other.

They then seized the woman’s mobile phone, where they found messages sent by the pharmacist instructing her on how to reply to police questions.

An investigation into the pharmacy was opened. An audit of its records determined there were large amounts of missing medications that had not been properly accounted for.

The analysis found the pharmacy run by Brian was the biggest purchaser in the local ZIP code of highly addictive drugs, such as oxycodone, Xanax and the deadly substance fentanyl between 2016 and 2021.

Investigators also found around $50,000 in cash in a drawer inside the store.

The woman previously questioned later confessed to police she had been exchanging sexual favors in return for drugs from Brian on a weekly basis.

Police were then able to identify a second woman, who told the officers the same story.

The second woman told authorities she received oxycodone from the pharmacist in exchange for sex. She then resold it to buy heroin.

Stollsteimer said: “What’s going on with fentanyl is destroying families all across Delaware County as we speak.”

Brian was not in custody during the investigation, but handed himself into authorities on Nov. 1. His bail bond was set at $250,000.

Thomas Hodnett, Acting Special Agent in Charge of the Drug Enforcement Administration’s (DEA) Philadelphia Field Division, called the allegations against Brian “repulsive.” He said they “demonstrate Brian’s total disregard for his legal and ethical responsibilities as a pharmacist.”

A preliminary hearing has been scheduled for Nov. 17 before Magisterial District Judge Walter A. Strohl.