Baby Seals, Like Humans, Can Change The Tone Of Their Voice 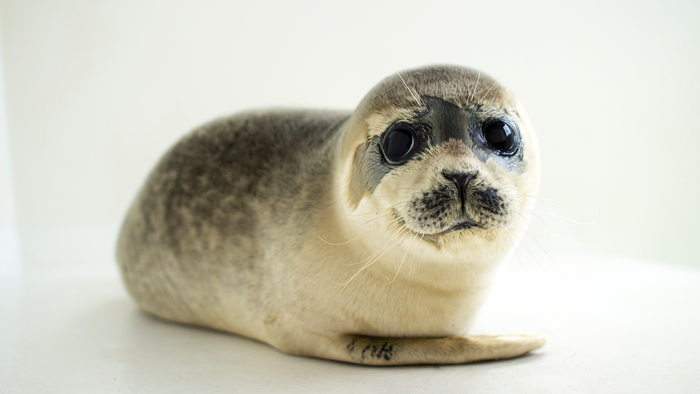 Young harbor seal pups and their vocalizations were studied at the Seal Research and Rehabilitation Centre in The Netherlands to find clues to human speaking ability. (John O'Connor)

Seals have the rare ability among mammals to change their vocal tone to imitate human speech, prompting a study that may offer clues about how humans learn to speak.

“By looking at one of the few other mammals who may be capable of learning sounds, we can better understand how we, humans, acquire speech and ultimately why we are such chatty animals,” said Andrea Ravignani, the lead researcher in a study published in the Philosophical Transactions of the Royal Society B Biological Sciences.

By studying eight harbor seal pups, ages 1 to 3 weeks, at the Seal Rehabilitation and Research Centre in Pieterburen in The Netherlands, researchers wanted to learn when seals adapt their voices according to sounds in their environment.

Tested seal pups were housed in quarantine units, where all sound came from recordings. There was no water in the pool, to avoid the water noise.

In the experiment, the seals were exposed to recordings of the nearby Wadden Sea on the Dutch coast over several days, played at three degrees of volume ranging from zero to 65 decibels, but at a tone resembling the seal pups’ natural calls. The research team also recorded the pups’ spontaneous calls.

Humans and many other animals raise their voices louder to be understood over a high-volume environment, but very few mammals can adjust their pitch.

The team determined that baby seals adapt to their aural environment by lowering their tone, as do bats and human beings. In similar experiments, other animals merely raised their volume when confronted with louder noise.

“Seal pups have a more advanced control over their vocalizations than assumed up until now,” Ravignani said. Having this control at such an early age, he said, is “astonishing” given that so few animals are capable of this. Humans have been the only mammals known to have direct neural connections between the outer layer of the brain or cortex and the voice box or larynx, which produces sound.