Amazon Launches The ‘Being The Ricardos’ Trailer 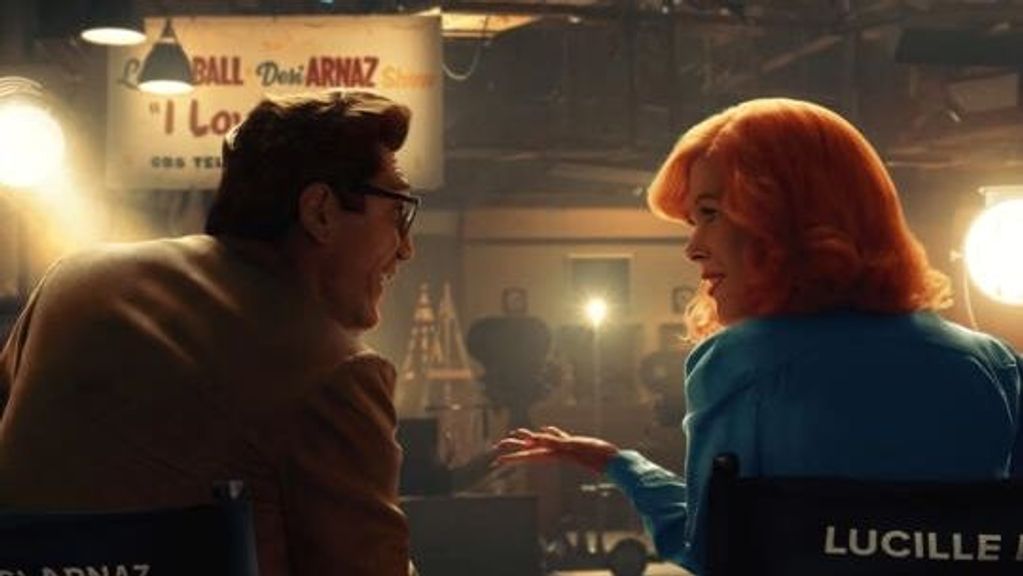 Being the Ricardos focuses on a critical period in the life of the couple who created I Love Lucy. (EPK.tv)

The trailer for “Being the Ricardos,” the movie about Desi Arnaz and Lucille Ball, starring Academy Award winners Javier Bardem and Nicole Kidman, is here.

“Being the Ricardos” is a biographical film. The Amazon Studios movie centers on a short, critical period of the life of the famous couple who created the legendary family comedy show “I Love Lucy.”

“I Love Lucy” aired on CBS between 1951 and 1957. It ran for six seasons, becoming the most-watched show in the United States for four of them, per Nielsen ratings. In a poll conducted by ABC and “People” magazine in 2012, “I Love Lucy” was voted the “Best TV Show of All Time.”

The two children of Ball and Arnaz, Desi Arnaz Jr. and Lucie Arnaz, are the executive producers of “Being the Ricardos.”

“I get paid a fortune to do exactly what I love doing,” says Kidman’s Ball in voiceover on the movie trailer. “I work side by side with my husband, who is genuinely impressed by me. And all I have to do is kill it for 36 weeks in a row. And then, do it again next year.”

Bardem’s Arnaz is the businessman running the couple’s company, Desilu Productions. Every time the filming of an episode begins, he appears before a live studio audience and says in heavily accented English, “Ladies and gentlemen, enjoy the show!”

Oscar-winner Aaron Sorkin is the director and writer of “Being the Ricardos.”

“Being the Ricardos” will open in theaters on Dec. 10 and start streaming on Amazon Prime on Dec. 21.

The ‘Being the Ricardos’ Trailer is Here was published in collaboration with LatinHeat Entertainment.