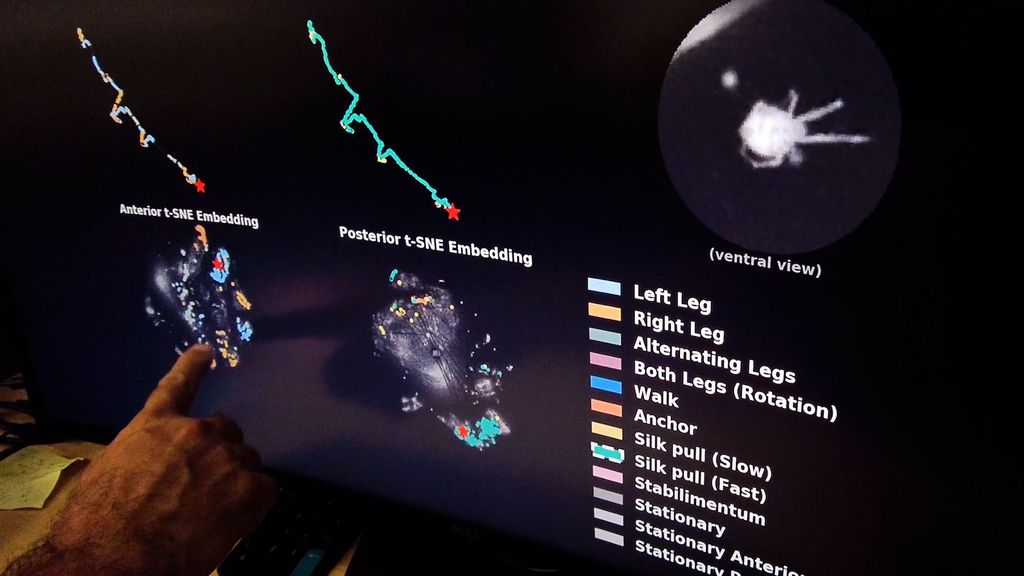 Johns Hopkins University scientists found that the eight-legged little creatures use their sense of touch to build elegant net-like structures of geometric precision that are delicate but strong. Spiders are among the few animals, along with weaver birds and puffer fish, capable of creating such architectural works.

“After seeing a spectacular web, I thought, ‘if you went to a zoo and saw a chimpanzee building this, you’d think that’s one amazing and impressive chimpanzee,’” said behavioral biologist Andrew Gordus. Noting that a spider’s brain is but a fraction of a human brain, he said it was frustrating that more is not known about them.

“Now we’ve defined the entire choreography for web building, which has never been done for any animal architecture at this fine of a resolution,” said Gordus, a co-author of a new study on the behavior available at Current Biology.

To understand how spider architects can build complex webs, Gordus and allied scientists documented and analyzed the various motor skills and behaviors involved. Because of the challenges in capturing and recording the behaviors, this had never been done before.

In the case of the hackled orb weaver, scientists designed a laboratory environment where infrared cameras and infrared light were used to monitor and record six spiders nightly. While the spiders worked on webs, the scientists tracked millions of their leg movements with machine vision software designed specifically to detect limb movement.

“Even if you video record it, that’s a lot of legs to track, over a long time, across many individuals,” said study co-author Abel Corver. “It’s just too much to go through every frame and annotate the leg points by hand. So we trained machine vision software to detect the posture of the spider, frame by frame, so we could document everything the legs do to build an entire web.”

The researchers discovered that spiders behaved similarly while making webs, thus enabling them to predict which part of a web a spider was working on from seeing the position of a leg. “Even if the final structure is a little different, the rules they use to build the web are the same,” Gordus said.

The next step will involve researchers watching how mind-altering drugs may affect spiders building their webs. “The spider is fascinating,” Corver said, “because here you have an animal with a brain built on the same fundamental building blocks as our own, and this work could give us hints on how we can understand larger brain systems, including humans.”

«Previous Post
How A Search For Clean Air Turned Into The World’s Favorite Pollution App»Next Post
Baby Seals, Like Humans, Can Change The Tone Of Their Voice