Divers rescue suspect from the Caloosahatchee River in Florida. 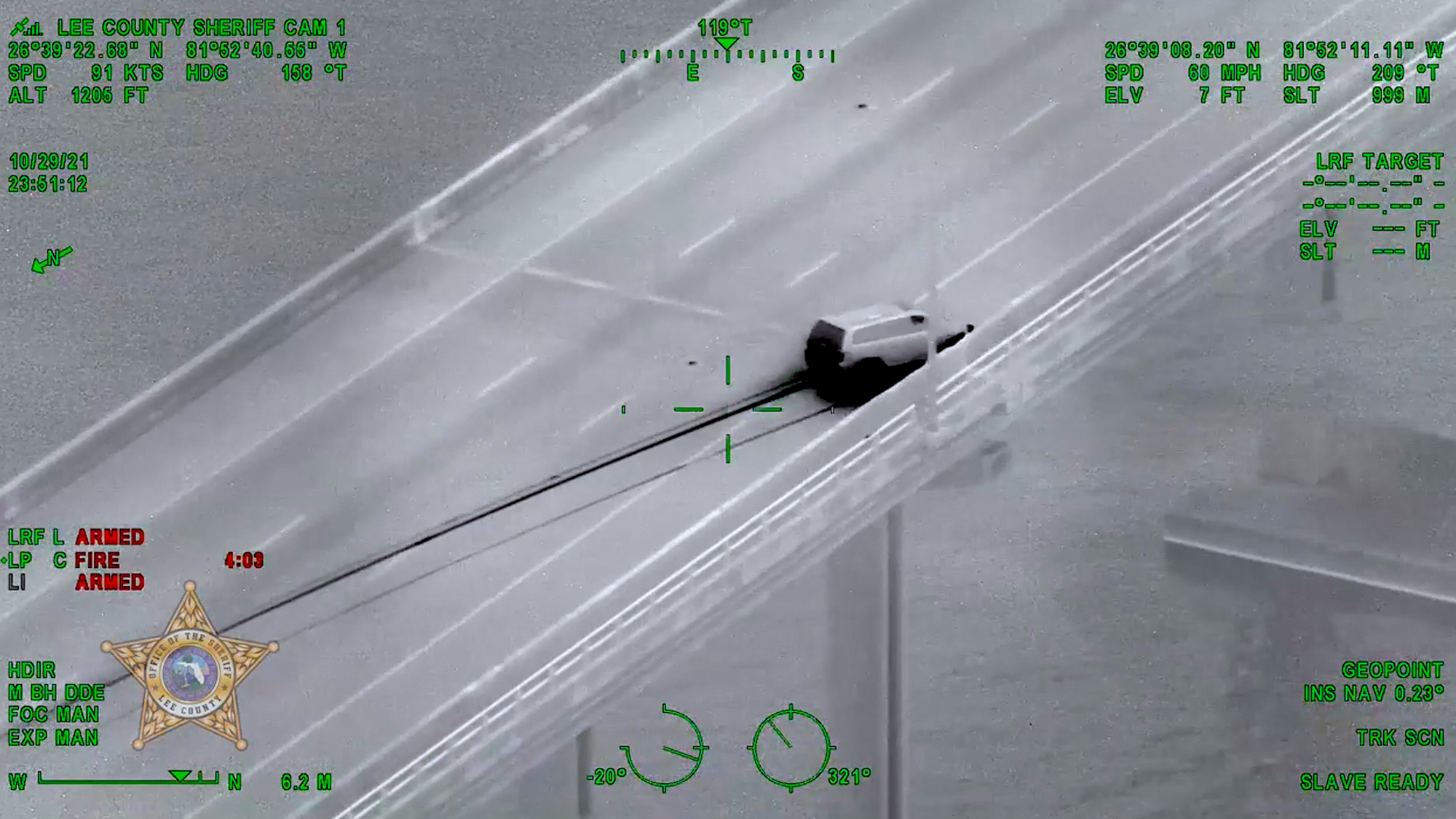 The suspect, identified by police as Bryan Gray, is seen driving the van and hitting the guard rail on the Edison Bridge in Lee County, Florida, on Oct. 30. (Lee County Sheriff's Office/Zenger)

A man suspected of stealing a van in Fort Myers, Florida, ended up in hot water after he jumped off a bridge to escape police.

Video released by the Lee County Sheriff’s Office shows the van being driven at high speed on the Edison Bridge, which is a set of two one-way bridges. The video was filmed from a police helicopter.

The suspect, identified later by police as Bryan Gray, 34, exits the van and runs toward the barricade as a police vehicle pulls up. Immediately after a police officer gets out of the car, Gray dives headfirst into the Caloosahatchee River, landing with a huge splash. It’s unclear how far he fell during his dive.

Gray eventually emerges, and a police officer in the helicopter filming the incident can be heard saying that he can see the suspect, whose head is seen bobbing up and down in the water under the bridge. A police boat arrives and detains Gray, who remained close to one of the pillars supporting the bridge.

“Aviation pilots arrived on scene and observed him from the air,” and captured the footage.

“At the top of the Edison Bridge, the van abruptly swerved and crashed into a retaining barrier. Gray got out of the van, jumped over the safety barrier, and dove into the Caloosahatchee River.

“A perimeter was established, and Fort Myers Police Department’s Marine Unit was deployed. Gray was pulled from the water and detained by deputies before being transported to a local hospital to receive treatment.

“While he may not have earned a gold medal for his high dive, Gray did find himself in hot water when he earned pending charges of grand theft auto and fleeing and eluding,” the sheriff’s office said.

It is unclear who the van belongs to and whether it can be repaired.

There were 755 vehicle thefts, about one per 1,000 residents, in Lee County in 2019, according to the most recent data available from the Florida Department of Law Enforcement.