Not So Fruity: Plan To Pay More For Bananas 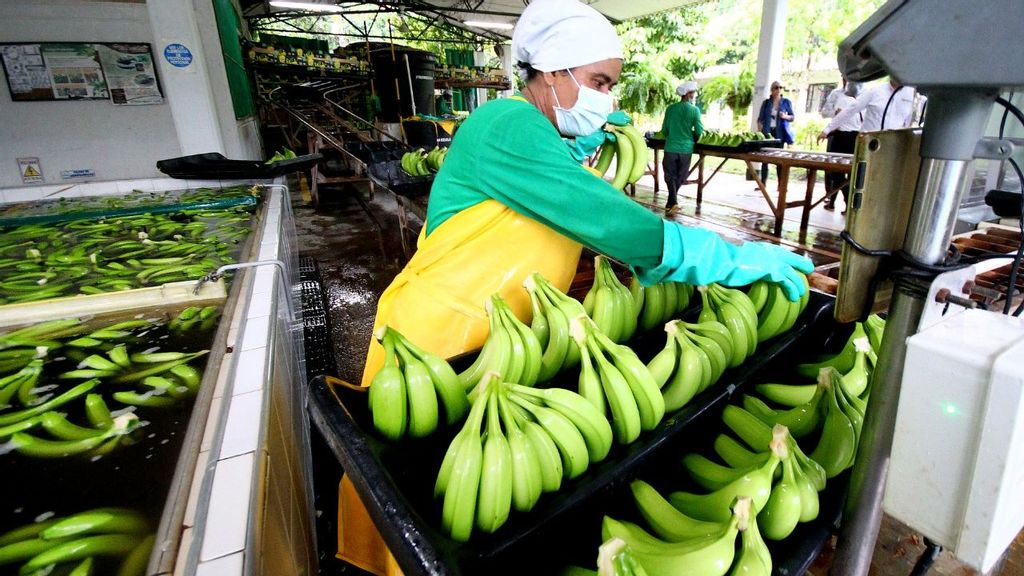 In 2021, earnings from bananas suffered “the most catastrophic loss in the last 10 years,” say Latin American producers and exporters of the product. (Courtesy of Augura)

Banana producers and exporters in Latin America warn the high costs of supplies and the low international price for the fruit are negatively impacting sustainability and competitiveness in the industry.

That has serious consequences, on various levels, for more than 800,000 families in the region.

The main banana associations in Ecuador, Colombia, Guatemala, Honduras, Dominican Republic and Costa Rica make up more than 60 percent of the global banana production. They warned about the impact of high costs on the value chain at the Fruit Attraction Fair, the largest fruit and vegetable fair in the world, held from October 5 to 7.

“It’s crazy how the supply costs have gone up, mainly for fertilizers. It’s terrible. A bag of potassium costs $42, and urea costs $37, and they’re going to keep going up with the cost of oil,” Claudia Argote, a production engineer with 27 years in the banana industry, told Zenger.

Producers don’t know “how to write up a budget because we don’t know how high fertilizers will go. Remember that fertilizer makes up 20 to 25 percent of our costs, so if this situation continues, it’s going to make everything cost more, which will mean a higher cost [for bananas],” she said.

The international price for the fruit “has gone way down, despite the deficit in containers. I thought the balance would get a little better, but not at all. There are a lot of bananas in the world. India is producing a lot, and that’s bad for the volumes exported from all the Latin American countries,” Argote said.

The COVID-19 pandemic is another factor behind the price hikes, given the protocols introduced throughout the entire production line.

A bus that transports workers from their homes to the plantations used to carry 48 people, but due to security measures, it’s now one-third of that number. “That was a huge hit for me in terms of costs,” said Argote, who has her banana company in Urabá, in Northwestern Colombia.

She said the solution lies in “an increase in price for the consumer. Bananas are the cheapest fruit by volume in the world, and they provide high levels of daily vitamins for children and for everybody; they’re great. I think the market can handle a price hike, and that’s where we’re headed.”

The president of the Magdalena Banana Producers Cooperative (Banafrucoop), Leónidas Jiménez, told Zenger that for the smaller producers, the greatest impact has to do with the cost of fertilizers.

“We’re all small producer and right now, we have a stable price. We’re certified with Fair Trade. It means we’re guaranteed a price year-round. The problem is we’re working at 65 to 70 percent productivity,” he said.

“In this banana business we have to fertilize every month. When we stop, production really takes a hit,” said the president of Banafrucoop, a cooperative of small producers in the Magdalena region, on the Colombian Caribbean coast.

Jiménez said fumigation costs to fight endemic diseases, such as the black sigatoka mushroom on the plantations went up more than 50 percent.

The president of Banafrucoop believes the way to stabilize the cost of fertilizer is through government measures to control imports of the product, which is fundamental to banana production.

“Another issue is the certifications. There are new ones every day and that means high costs for small producers. The market is over-certified. We have to pay $6,615 a year for the certification,” Jimenez said.

Exporters and producers discussed these problems at the Fruit Attraction fair.

The industry leaders said there are higher costs to “implement security measures to keep containers from being contaminated with illegal substances. Because of the increase in maritime fleets, up to 62 percent, due to the global shortage of containers, the structure of operating alliances between shipping lines and the consolidation of that sector is impacted.”

The president of the Colombia Association of Banana Producers (Augura), Émerson Aguirre Medina, told Zenger: “Over the last two years, Colombia and Latin America’s agroindustry has faced a supply price increase in the value chain to such a degree that, even if the level of exports remains stable, the producers have not experienced this stability.”

The associations “are asking urgently for the international community and the supply-chain members to help, because it is necessary to implement all the measures to protect global food security and the employment that comes from Colombia’s banana exports — 150,000 families in the country, and 808,000 in Latin America,” said Aguirre Medina.

The director of Augura said: “Producing and exporting countries should not face these external factors on their own to protect the subsistence and future of the banana industry.”

The minister of Agriculture and Environment of the municipality of Apartado, Wbeimar Ruiz, said the current exchange rate with the dollar may help balance things.

“This is not the first time this has happened in Colombia. We once had an exchange rate at 1,500 pesos per dollar and the industry managed to survive. Now, with the rate above 3,700 pesos on average, it balances things in a way,” Ruiz told Zenger.

He says the “main business, which is banana production, is a stable business because of the supply contracts with habitual clients on the logistics chain in the international banana trade.”