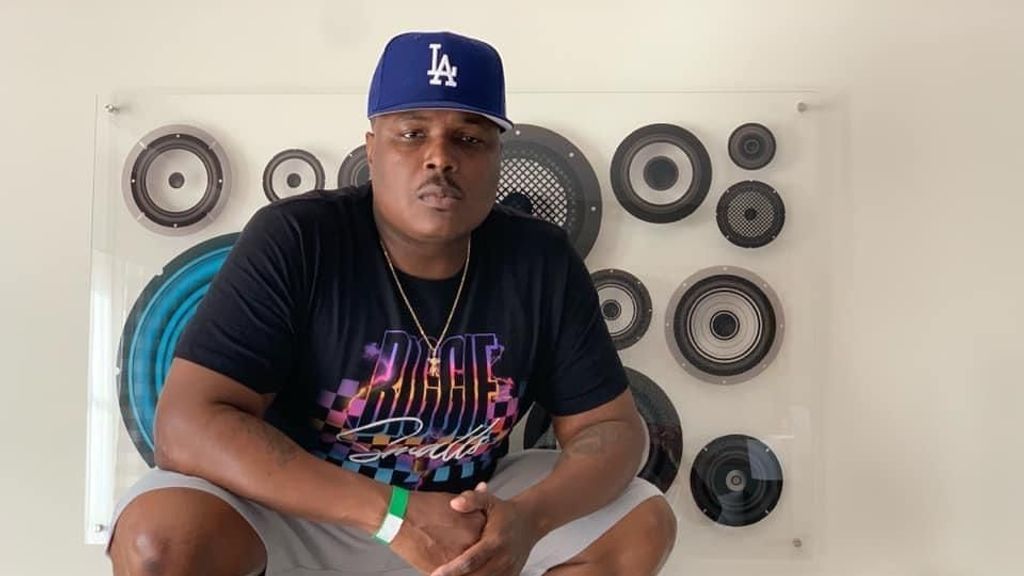 NEW ORLEANS — The voice is distinct, the lyrics are diverse, the status of Fiend, legendary.

No matter which alias you use — Fiend, Mr. Whomp Whomp, Sleepy Jones, or International Jones — the foundation that Richard Jones has set for himself puts him in a class all by himself.

Bursting onto the scene in the mid-’90s, Fiend appropriately titled his debut album, “Won’t Be Denied.” The multi-platinum selling artist also showed off his production skills on his 17th Ward bredren, Lil Wayne’s “Tha Carter III” album, which took home a Grammy in 2009.

After joining Master P’s No Limit Records in 1997, Fiend was featured on tracks with Snoop Dogg and the rest of the No Limit family. His verse on Master P’s “Make ‘Em Say Uhh,” is one of the many highlights of his career.

Recently praised by international recording artists including UGK’s Bun B, and DC’s Wale, Fiend continues to provide his fans with hard-hitting lyrics under the Jet Life Recordings umbrella. He has also started a Sleepy Bear clothing company, has a TV show titled “Who Got Dat Fire,” and recently released his newest project, “Thank God It’s Fiend.”

This interview is part of a Louisiana Legends series, featuring talks with individuals from the Pelican State who have carved out their legacy.

Zenger: What part of New Orleans are you from?

Zenger: What is Hollygrove best known for?

Fiend: Some of the dopest lyricists in the game, being Fiend and Lil Wayne.

Zenger: What do you feel has been your biggest contribution to the city of New Orleans and the state of Louisiana?

Zenger: When you made the move from Big Boy Records, an independent label, to No Limit Records, a nationwide label, what was that signing like for you?

Fiend: The moment I did that transition, I honestly felt like now this will be whatever that next level is for an artist to be the biggest version of themselves. It’s like you have been saving up for something for years, and you finally get it, and you have been working so hard, you can only think about getting back in there and complete working. One thing I could tell you that I do remember that I enjoyed was that there was much more camaraderie and other artists to be with that was on one page.

The previous labels that I was on, everybody was trying to make it. Unless you do something a little different, a little unique, it makes things complicated. It was a great feeling, but then it took a minute to get there. I couldn’t just enjoy that moment like that. I couldn’t take a moment and feel like, “Yes, I made it.” It all happened so fast. It’s like getting a raise on a job, now it’s on you to get back to work because you’re still looking at the manager position.

Zenger: Do you recall the first time you heard yourself on the radio?

Fiend: That was probably during the Big Boy Records days and getting those projects out. I had promotions running on the local Box TV network. It was huge. I think we all shared that as artists. We wanted to hear ourselves on the radio. It gave us some type of accomplishment. Then again… my bad, my bad — first time I heard myself on the radio is when Wild Wayne (a popular New Orleans DJ) used to let us come up there and rap and freestyle over beats. I did an intro for Wild Wayne and Q93. The intro is what Big Boy Records heard from me that made them wanna sign me.

So, let’s say, Mr. Crawford, before your show comes on, there is a one-to-two-minute intro, you doing interviews, how cool you are, stuff like that. Well, Wild Wayne had one to introduce his show before he came on, and I ended up doing the intro for his show. They heard, and they were like, “Man, this kid is, whoa.”

Zenger: At what moment did you realize you had something special?

Fiend: I don’t know. I have always heard that I have a great voice. I have had people trippin’ out while I’m spittin’ and they tell me I’m dope. They will give you instant reaction. But I would have to say, running my raps for my brother when he was alive. He used to come in from doing his thing in the streets, and he would pay me to make him a bowl of cereal or fix him some scrambled eggs.

It’s 2 in the morning, and we’re sitting at my mom’s kitchen table in our shotgun house. I’m beating on the table, running lyrics out my brain, and I had to be 12 years old. Him saying, “I gotta link you up with some guys. You really like this rap stuff, huh?” I think that gave me all the confidence I needed. He was one of them type of people…

I got to see what it was like to have a big brother. I have had instances like on some TV or movie deal where my brother had to come outside and defend me from older guys. He would make them get their mind right on some man-to-man stuff, no guns. So, I have always had a different level of respect for my brother, and that’s why I wanted or needed that stamp of approval from him that I was doing my thing. I think it had to start with my brother, Kevin Bailey.

Zenger: Do you have any regrets or something you would do over or differently?

Fiend: I genuinely in my heart regret that my stablemates at No Limit, Mac [McKinley Phipps] and Corey Miller [C-Murder], went to jail. [Phipps was recently released; Miller is still behind bars]. I know that doesn’t do anything, but I just think that was something that could have been avoided. As far as regret with my own doings, I think it would be ungrateful for me to say that. I could have been a better businessman. But that’s the only thing I can say I regret.

Zenger: What makes Louisiana such a special place?

Fiend: It has the richest culture in the United States. You can’t run away from that. I think the culture and the upbringing is what separates us from the rest of the world. The food, the people — when there is camaraderie, there is real camaraderie. The brotherhood is real brotherhood. As rough as it was surviving the ‘80s and ’90s, I wouldn’t trade it for the world because it molded and made us the human beings we are today. Tough enough when we need to be tough, and lenient where we could be lenient.

Zenger: How does it feel to be called a legend?

Fiend: I’m still kind of in shock. I don’t know at one point people knew to label me that because in my mind, I wrote-wrote-wrote, been through a lot, but at what point did they decide, this guy is a legend? I knew my upbringing alone, just to survive and still be here, everyone should be considered that. If you’re still here, and you was born and raised around what I was born and raised around in New Orleans, if you still here, everybody should damn near get the purple heart. It wasn’t an easy task.

I can tell you that I did feel big getting on songs with Snoop Dogg, getting on songs with UGK. That made me feel big. To be able to get on songs with people who you got unbelievable respect for, and hold your own, and have them happy to be on a song with you. Snoop Dogg constantly reminds me that I’m a superhero in this game when I see him. Our fan base, Mr. Crawford, wants to see us be huge. That’s a hard pill to swallow, bro. They want you to be huge. They expect it.

When any of my fans read this, peep this, if I signed a nationwide deal after No Limit, just know, that was for y’all. I could have stayed right where the hell I was collecting at least a million dollars a year without nobody knowing I had a thing. I prefer my life like that, anyway. When I first started rapping, I was so naïve, I thought I could just put the music out and never had to perform it. I was young, I didn’t know no better.

Scarface told me a long time ago, once I tap into the emotions of what I’m good at, and give the people that, I would really be on to something. It was noble of him to give me that great advice. I do appreciate being considered a legend, and I’m happy to be in the books with a bunch of other dope-ass people that are legends in this thing, especially being from Louisiana.

Zenger: What is Fiend up to these days?

Fiend: More business, more life. I got a new project out called “Thank God It’s Fiend.” I have another vibe of music that is more jazz, hip-hop and trap under the brand, International Jones. You can tap into that when you can. I also have a clothing brand by the name of Sleepy Bear Apparel. Tap into that one, it is the illest streetwear in the streets. I got a new TV show by the name of “Who Got Dat Fire.” Tap into that, have some laughs, learn some things and travel the world with me continuously, and let’s make some new memories and some new money.

«Previous Post
Hyundai Targets African Americans With Marketing Campaign From Black-Owned Firm»Next Post
As Far As Caleb Plant Is Concerned, He’s Got The Whole World In His ‘Sweethands’