Breaking Up Is Hard To Do: Men Experience More Emotional Pain Than Previously Believed

Men are more likely than women to reach out online about their relationship difficulties. 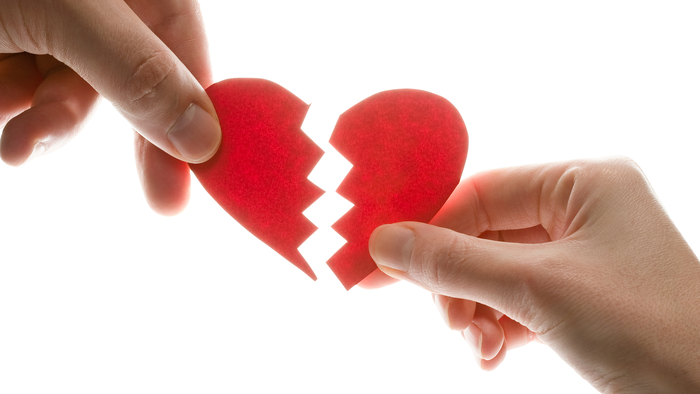 The most common theme discovered by psychologists, according to a new study about relationship problems and breakups, focused on “heartache” with the words “regret, “breakup” and “heartbroken” frequently expressed. (Lancaster University)

Psychologists have discovered that men, despite stereotypes, may suffer more emotional pain than women following breakups.

A team of psychologists and researchers conducted a “big data” analysis of people seeking help for relationship problems on the anonymous online forum Reddit.

“Most of what we know about relationship problems comes from studies of people in couples therapy, which includes a rather specific subset of people — people who have the time, money and motive to work on their relationship problems,” said Charlotte Entwistle, lead author of the study published in the Journal of Social and Personal Relationships.

To uncover the most common relationship problems and who experiences them the most, the researchers used natural language processing methods to analyze the demographic and psychological characteristics of more than 184,000 people posting on the forum. The statistical data was examined to determine the most common themes. This allowed researchers to create what they term a “map” of such relationship problems.

Nearly one out of 5 people cited their struggles in discussing problems, making communication the most frequently mentioned issue. In one in 8 cases, trust issues were mentioned as a difficulty. And key gender differences emerged.

“As we were conducting the study, we realized that this was an important opportunity to put a lot of common ideas about gender differences in relationships to the test,” said researcher Ryan Boyd. “For example, are men truly less emotionally invested in relationships than women, or is it the case that men are simply stigmatized out of sharing their feelings?” Boyd asked.

Researchers found that the emotional pains involved, rather than the problems themselves, were the most common theme mentioned by the participants. “Heartache” was the most common topic mentioned, which included related words such as “heartbroken,” “regret,” “cry” and “breakup.”

Contrary to expectations, the team’s findings showed that men discuss heartbreak significantly more than women do. Thus, they found that the stereotype of emotionally restrained men may be inaccurate. “Notably, the fact that the heartache theme was more commonly discussed by men emphasizes how men are at least as emotionally affected by relationship problems as women,” study co-author Entwistle said.

The study found that men, rather than women, are more likely to seek help online when experiencing relationship problems. “Traditionally, women are more likely to identify relationship problems, consider therapy and seek therapy than are men,” researcher Boyd said. “When you remove the traditional social stigmas against men for seeking help and sharing their emotions, however, they seem just as invested in working through rough patches in their relationships as women,” Boyd added.

The stakes involved in romantic problems and breakups are high, according to the study.

“Interpersonal relationships are vital to our well-being, yet they are complex and often difficult to navigate. The centrality of relationships to our lives is underscored by the consequences that emerge from relationship problems,” the study authors wrote. “People going through relationship difficulties report higher rates of sleep disorders, worse academic performance and mental health issues. Perhaps unsurprisingly, romantic breakups are ranked as one of life’s most distressing events.”

Boyd said the study shows that researchers can produce an accurate depiction of relationship problems on the basis of online evidence. “This gives us serious hope that we can use help-seeking behavior to better understand all types of social and psychological issues and in a way that we simply cannot do using traditional research methods,” Boyd said.