As Far As Caleb Plant Is Concerned, He’s Got The Whole World In His ‘Sweethands’ 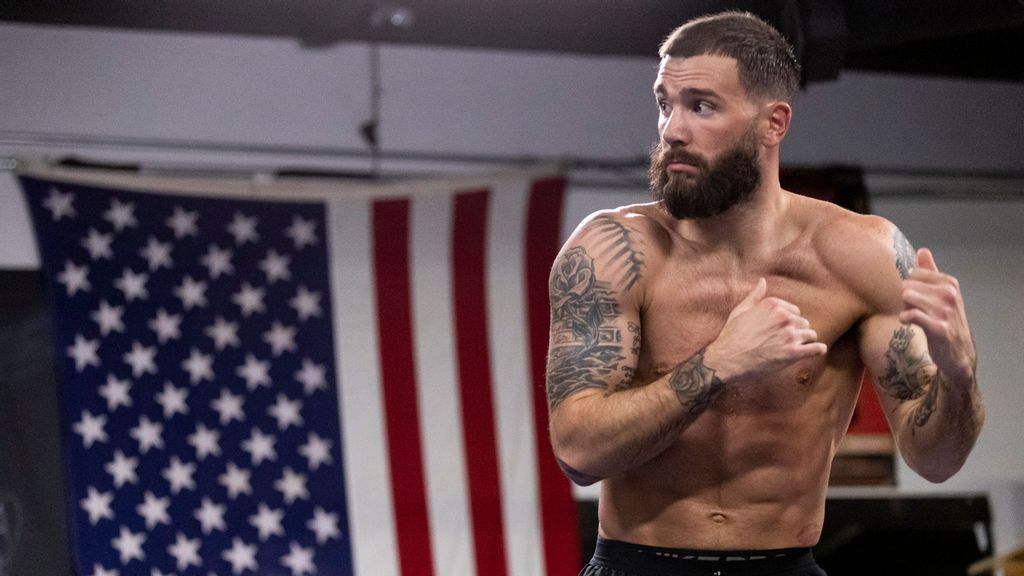 Caleb Plant has been a fighter all of his life.

After Alvarez shoved him with two hands, Plant swung and missed with a punch.

Alvarez landed on Plant, and a brief scuffle ensued before the men were separated. Plant emerged with a cut under his right eye.

“There have been some guys who lost before the bell even rang against Canelo,” Plant said. “I think that’s why he’s so irritated with me.”

Plant (21–0, 12 KOs) will get a shot at redemption on Nov. 6 against Alvarez (56–1–2, 38 KOs), a 31-year-old who has predicted an eighth-round knockout victory during their unification bout at the MGM Grand in Las Vegas.

“This is personal for me, but every fight is personal for me. I’ve sacrificed a lot for this sport and dedicated myself completely,” Plant said. “So anybody who’s getting in the way of my goals makes it personal to me, no matter who it is.”

This will be the fourth fight in 11 months for Alvarez, who is seeking his third straight stoppage and looks to beat an undefeated rival for the eighth time.

In victory, the red-haired four-division title winner would become the first undisputed 168-pound champion from Mexico by adding Plant’s IBF crown to his WBA/WBC/WBO versions.

But Plant is sure he can ruin Alvarez’s plans.

“Some guys just come in and are there to hand over their belt, get their check and leave. Anyone who knows me, they know I’m only here for those belts. I have a big opportunity ahead of me. I haven’t taken any shortcuts in my training,” said Plant, whose father, Richie Plant, is an assistant to head trainer Justin Gamber.

“I’m prepared physically, mentally and spiritually. I’m just locked in,” Caleb Plant said. “There are a lot of things that I possess that are going to give him issues in the fight. Every fighter says this is their best camp, but I am honestly saying that. I’ve had no injuries, amazing sparring, and I’m ready to rock.”

In January 2019, “Sweethands” Plant scored two knockdowns to dethrone IBF champion Jose Uzcategui by an upset unanimous decision. Afterward, the then-26-year-old proposed to his fiancee, Jordan Hardy, and has since married her.

“Caleb has always stepped up when the time came. He was an underdog in the Jose Uzcategui fight. The lights and size of a fight have never been too big for him. It sounds like Canelo is hoping that’s going to affect him,” Gamber said.

“When you have two alpha dogs in the same room, it’s not going to be calm. There’s always going to be clashing. It doesn’t surprise me. It’s not personal on the teams’ ends, but these are two pit bulls, and they’re ready to go at each other.”

As a 9-year-old, Plant was living in impoverished Ashland City, Tennessee, when he “asked God, ‘Please send me something I can use to change my life and the world.’”

“God answered my prayers,” Plant said. “[He] sent me boxing and saved my life.”

Richie Plant, a former amateur kickboxer, introduced Caleb to the sport in a gym he struggled to fund. Since then, the Plants have found purpose in boxing as father and son, co-trainer and boxer.

“It was sacrifice with very little resources. You got tired every single day. But just like any dad who is involved with their kid – you’re in it with them. It’s just life,” Richie Plant said.

“I’ve always told [Caleb] to be a man of integrity, do what you say you’re gonna do. As soon as you roll out of bed in the morning, you know everything that you have to do that day so just go on and get it knocked out.”

Together, they have endured the passing of Caleb’s 19-month-old daughter, Alia, in January 2015 from a rare medical condition, and that of his mother, Beth, in March 2019 at age 51.

“It’s been a long journey for me and my dad,” said Plant, who has a tattoo of the date Alia passed. “Those tough moments made me the fighter that I am now.”

Plant’s first defense was a four-knockdown, third-round stoppage of previously unbeaten Mike Lee, who entered their bout in July 2019 at 21–0 (11 KOs).

In February 2020, Plant was able to return to Tennessee, thrilling his fans with a 10th-round TKO of Germany’s Vincent Feigenbutz, who entered at 31–2 (28 KOs).

“Representing Nashville means everything to us. We want to put Nashville on the boxing map. To have an undisputed champ from Nashville is so important to us,” Gamber said.

“The physical attributes Caleb has over Canelo will make a difference if we use them the right way. There have been a lot of guys against Canelo who haven’t been able to use their attributes. Luckily we have the skills to use our height and reach the right way, and I expect Caleb to do that on fight night,” Gamber added.

“We are beyond happy to see Caleb’s growth into everything that he has said he was going to be,” said Shoe Palace CEO John Mersho.

“From day one till today, Caleb has always represented exactly what we stand for: hard work, loyalty, and most important, family. We’ve supported Caleb on his journey, and we will continue to do all we can to support everything he represents.”

Plant was on his game yet again in January, winning his third defense by shutout (120–108 on all three cards) unanimous decision over former champion Caleb Truax.

“I have a lot of respect for this sport,” Plant said. “I’ve dedicated myself to this sport and sacrificed every day. I want my name in those history books. Nov. 6 is a big step toward that goal.”