A lively panda cub romps with his mother in Japan’s Adventure World. 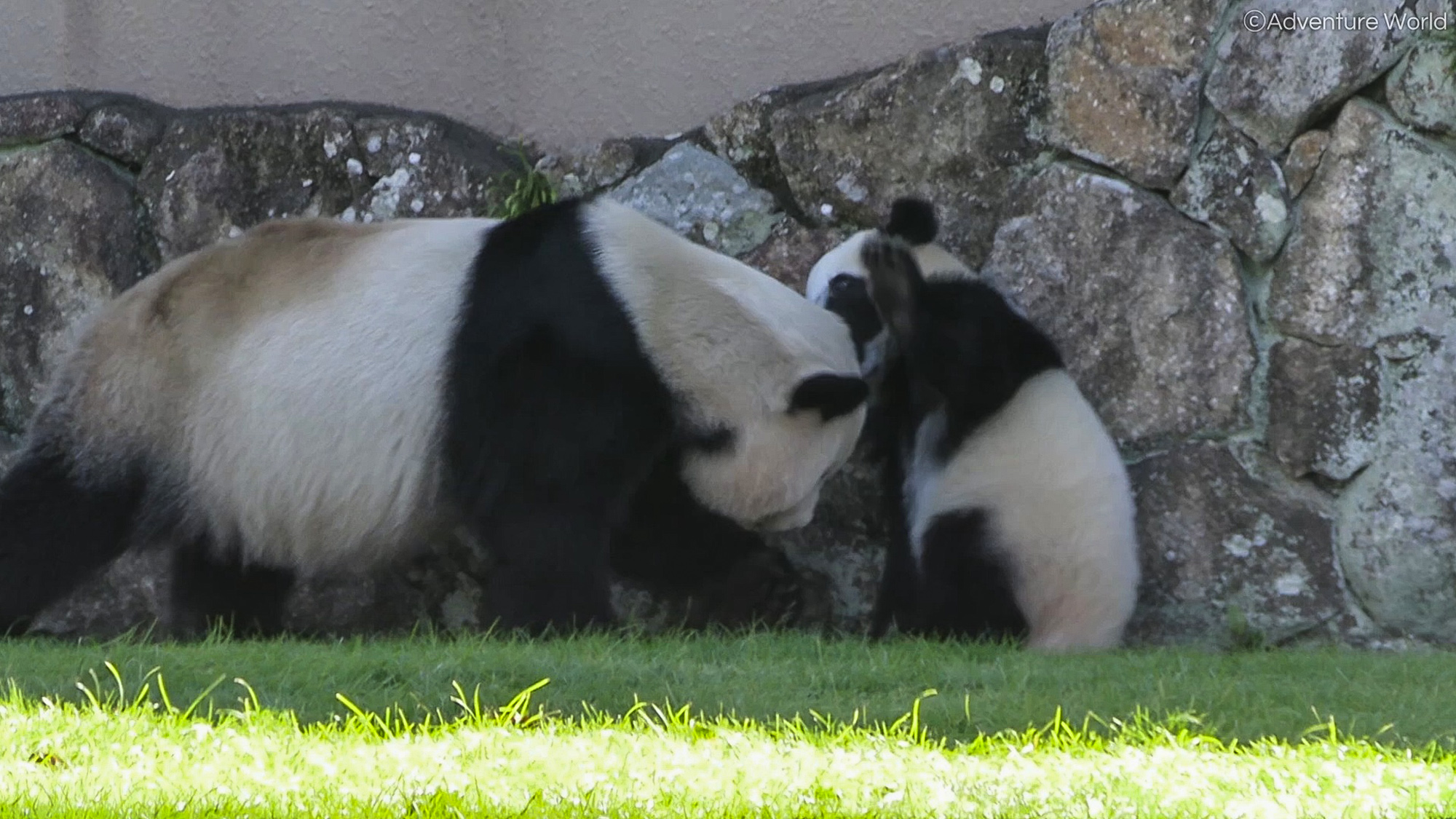 A baby panda was captured on video wandering around his enclosure while playing with his mother, who keeps a close eye on the curious infant.

The celebrity baby panda is named Kaedehama. He lives with his mother Ryohama at the Adventure World theme park in Wakayama Prefecture in Japan. The park posted the footage online Oct. 29.

In the footage, Kaedehama can be seen walking around his enclosure with his mother keeping a close eye on him. They are seen tussling together and play fighting.

Ryohama often grabs her baby and stops him from getting into trouble, especially when exploring the rocky areas of the enclosure.

In the video, Kaedehama gets stuck in a hole, with only the top of his head visible, but his mother quickly comes to the rescue. She drags him out of by the scruff of his neck. Later, he slides back into the hole and appears to resist her attempts to help him before climbing out on his own. The youngster is then seen having a much-needed drink from a waterfall embedded in the nearby rocks.

Kaedehama was recently photographed taking a nap at the theme park, while rain pounded on the enclosure’s roof. That video has since racked up 33,866 views and countless positive comments marveling at how relaxed the sleeping panda looks.

The theme park said in a statement: “Unfortunately it’s raining in Shirahama today! Kaedehama and mother panda Ryohama spend time in the indoor playground. It was Kaedehama who sleeps comfortably on the balance beam while listening to the sound of rain.”

In 2016, the International Union for Conservation of Nature (IUCN) reclassified the giant panda from endangered to vulnerable, stating the decade-long effort to save the panda has resulted in positive progress.

There are an estimated 1,864 wild giant pandas, according to the World Wildlife Fund. In the wild, male pandas are not involved in the care of their cubs.