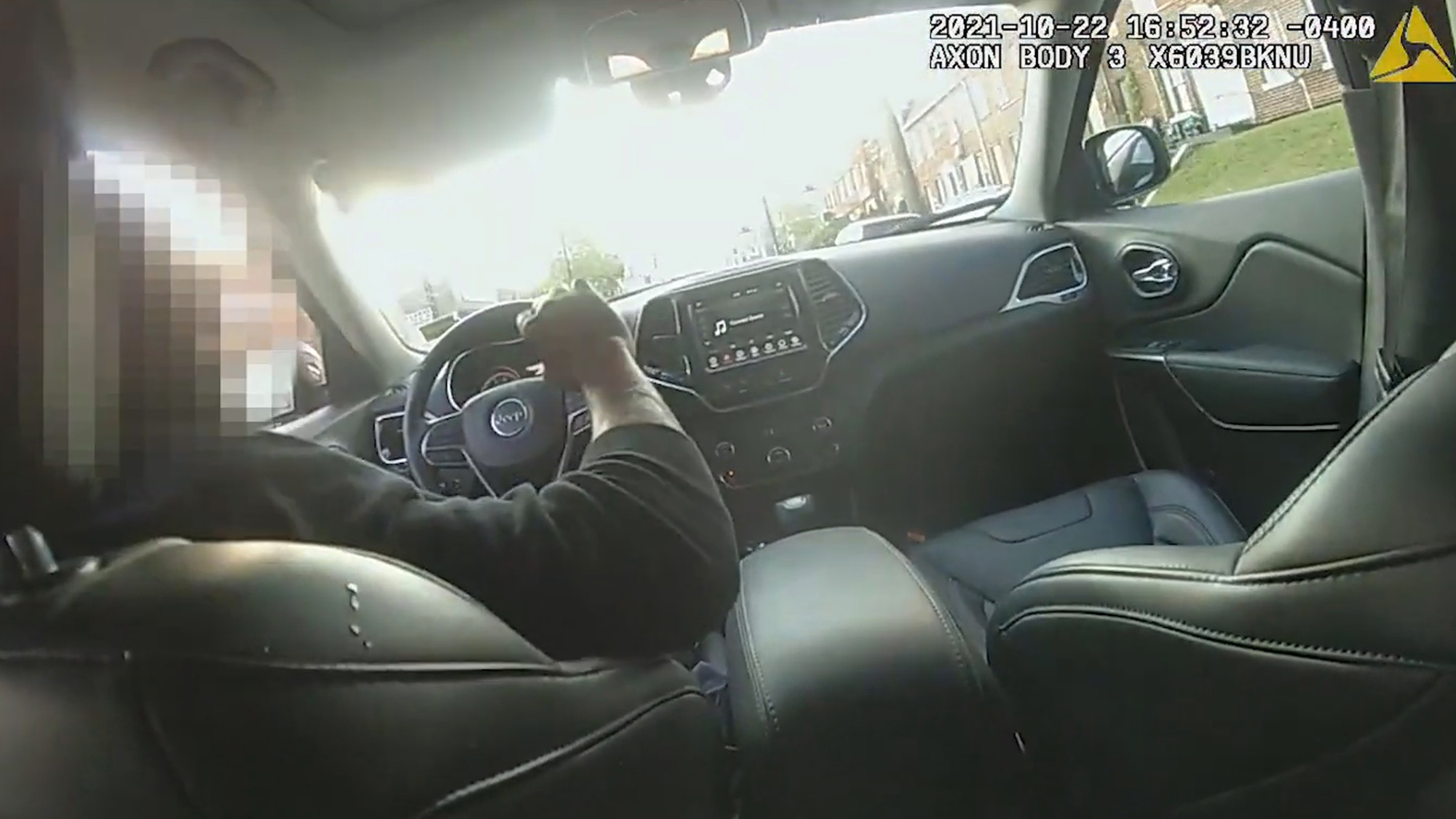 Bodycam video shows a Washington, D.C., police officer caught in the back seat of a moving car. Shortly after this image was taken, the officer shot the driver in the side. (Metropolitan Police Department/Zenger)

A police officer in Washington, D.C., shot a suspect who had driven off with the officer in the back seat of a car. The suspect also knocked down two other officers with his vehicle during the course of his attempted escape.

The incident took place the afternoon of Oct. 22 on Kennedy Street NW, but the Metropolitan Police Department did not release footage of the incident until a week later.

The video was accompanied by a statement on how the incident unfolded. It started when “a uniformed fourth district officer was flagged down by an individual who reported seeing an adult male with a gun chasing another male.

During that struggle, one of the officers felt a concealed object that felt like a firearm, on the right side of the individual’s waistband. The suspect — who was subsequently identified as Natango Robinson — managed to break free and fled across the street into an alley where a black Jeep was parked.

Robinson then entered the Jeep on the passenger side and climbed into the driver’s seat, while officers were attempting to remove him from the vehicle.

The officer in the backseat repeatedly shouted at the suspect to put the vehicle in park. The individual briefly stopped, but did not place it in park, and quickly continued driving westbound on Kennedy Street NW. Robinson can be heard in the video repeatedly saying, “Don’t shoot me!” as this part of the incident unfolded.

“The involved officer discharged one round from his department firearm, striking the individual one time [on his side]. After discharging his firearm, the officer exited the moving vehicle and fell into the roadway in the 500 block of Kennedy Street NW,” police said.

Robinson was arrested and charged with felony assault on a police officer while armed, kidnapping while armed, unlawful possession of a firearm, resisting arrest, fleeing a law enforcement officer, failure to obey and reckless driving.

Police said the officer who fired his weapon has been put on leave, per departmental policy, while the incident is investigated.