Study is first to estimate effectiveness of a third dose of an mRNA COVID-19 vaccine against severe outcomes and within subgroups. 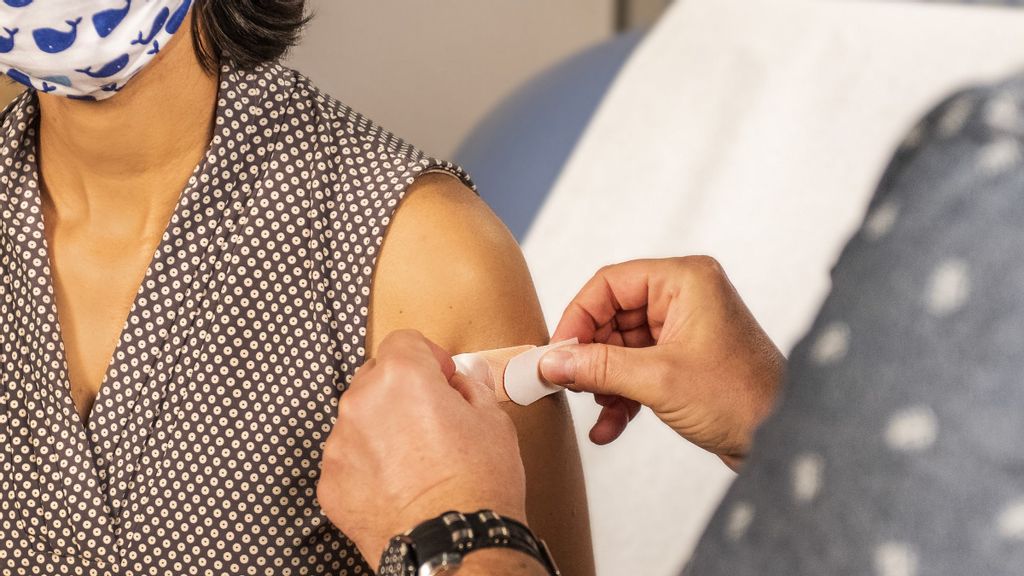 The study's data revealed that at least seven days after receipt of the third dose, individuals who did become infected were 95 percent protected against hospitalization, 92 percent against severe disease and 81 percent against COVID-19-related death. (CDC/Unsplash)

A third (booster) dose of the Pfizer-BioNTech vaccine against COVID-19 is 93 percent effective in protecting individuals against severe COVID-19-related outcomes, compared with two doses received at least five months earlier.

This conclusion is based on data from Clalit Health Services, the largest of Israel’s four nationalized healthcare maintenance organizations. The study was published in The Lancet on Oct. 29.

“To our knowledge, the present study is the first to estimate the effectiveness of a third dose of an mRNA COVID-19 vaccine against severe outcomes with adjustment for various possible confounders, and within subgroups,” state the study authors from Clalit, Bar-Ilan University and Harvard University.

These subgroups include males, females, Arabs, Jews, ultra-Orthodox Jews and people with various preexisting conditions and body-mass indexes. Risks were found to be higher in males and in people 70 and older.

The authors say that despite good results of nationwide vaccination campaigns, many countries — including Israel — experienced a resurgence of COVID-19, dominated by the Delta variant of SARS-CoV-2. This is because the protective effect of Pfizer’s mRNA vaccine wanes over time and especially after six months.

The Israeli Ministry of Health therefore rolled out a vaccine booster campaign, beginning with immunocompromised citizens, last July, and by the end of August was offering the third shot to anyone over the age of 12 who had received the second dose at least five months previously.

Researchers examined Clalit’s records of individuals receiving a third vaccine dose between July 30, 2020, and Sept. 23, 2021, comparing them with demographically and clinically similar controls who did not receive the third dose. Each group contained 728,321 individuals.

Crunching the data revealed that at least seven days after receipt of the third dose, individuals who did become infected were 95 percent protected against hospitalization, 92 percent against severe disease and 81 percent against COVID-19-related death. Overall, the booster was deemed 93 percent effective.

The study was funded by The Ivan and Francesca Berkowitz Family Living Laboratory Collaboration at Harvard Medical School and Clalit Research Institute.

In the United States, Pfizer-BioNTech’s mRNA COVID-19 third vaccine (booster) has received emergency authorization from the FDA for those in specific age groups and /or with specific conditions.

Israel, which has 63.3 percent of people fully vaccinated, had 41,888 new cases and 334 deaths in the past month, according to data from Johns Hopkins University in Maryland.

The United States, with 58.6 percent of the population vaccinated, had 2.3 million cases and 44,656 deaths in the past month, according to Johns Hopkins University.