By day, she’s a Walmart cake creator, but on TikTok she shows girls how to gas men into submission. 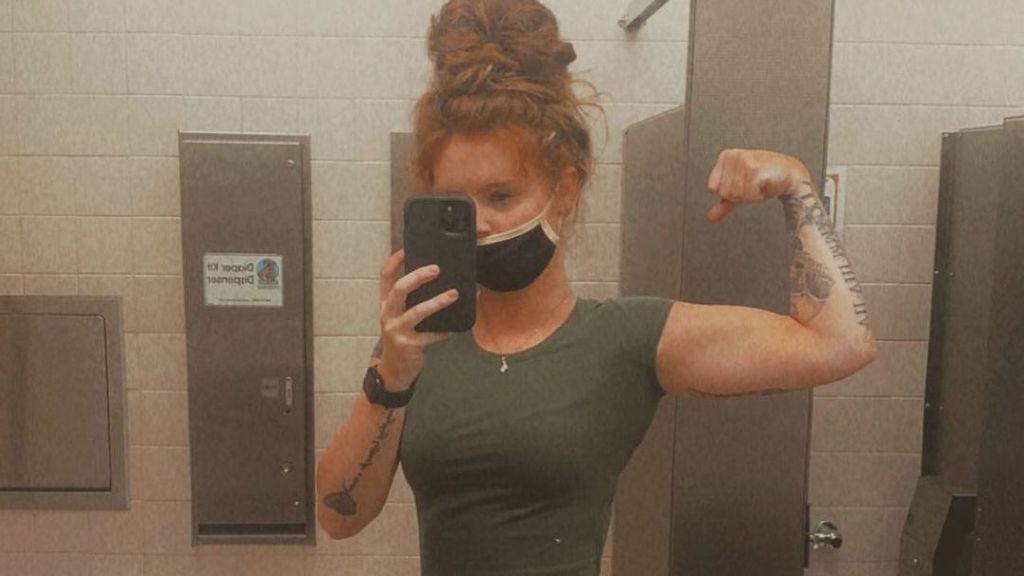 A cake maker for Walmart is an online sensation with her videos showing her amateur martial arts skills against a dummy, spitting at it and farting in its face.

Jada Jo Rounds, 23, from Pennsylvania, says she wants to empower women to demand respect from men. Her videos on TikTok have garnered the influencer millions of views.

Video of her assaulting the dummy, spitting at it and farting in its face has been viewed 42.1 million times.

“I find fighting satisfying to watch,” Rounds said. “From an evolutionary perspective, it is an opportunity to rise in the dominance hierarchy — in my case, on TikTok — and, as everyone notices in videos, I am full of dominance.”

Rounds works as a cake decorator, designing and decorating baked goods for Walmart.

She said she wants to become a boxer one day, and though her fans support her quest, she says she doesn’t know how to get there.

“I did not expect my videos to be so popular. I started with simple videos that were more for fun, but people shared them, so I started posting them more frequently,” she said.

“People have the drive to practice things that make them feel safe. I have a boyfriend, and sometimes I want to beat him when he makes me angry, but I can control myself.

“Through my videos, I want to show that women have values. I advise men to never put their hands on a female. It is important for girls to defend themselves because nobody deserves it.

“I even have advice for parents: to not equip your daughter with self-defense skills is like knowing she’s going to be around bodies of water and not teaching her to swim.

“In my videos, sometimes I look like I’m careless. I am not a violent person, I simply want to instill confidence in girls rather than be insulted by boys.

“When I was younger, I regularly heard jokes about how ‘women should get back in the kitchen’ and other derogatory remarks along similar lines, and for me it is a disrespect that must be defended.”

“Perhaps the most impressive part of the growth of women’s MMA is how it has been able to transcend attitudes toward gender. When it comes to combat sports, there are two distinct types of sexism — from opposite ends of the political spectrum — that women are invariably forced to deal with,” a report on the UFC website says.