Researchers Under Fire In Mexico For Alleged Embezzlement And Money Laundering

Scientific scholars react to the “persecution” of their colleagues as they face shaky labor conditions and scarce opportunities. 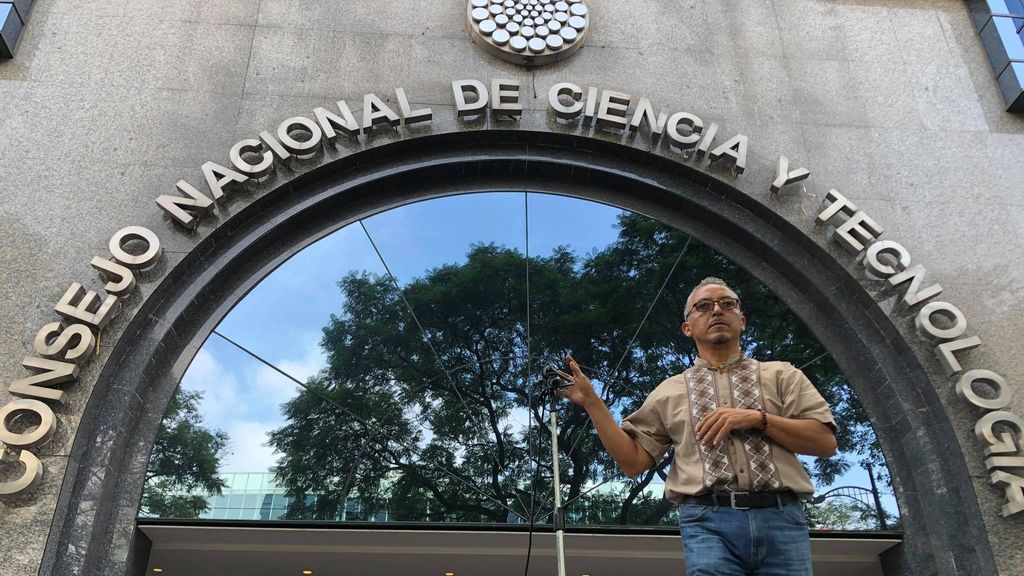 Researchers from the Conacyt are being investigated for alleged misuse of funds. (Julio Guzmán/Zenger)

The National Council of Science and Technology (Conacyt), the main public scientific research body in Mexico, is under scrutiny by the Attorney General’s office, one of the federal entities in charge of looking into possible crimes.

On at least two occasions, the Attorney General has asked for an arrest warrant for 31 researchers linked with the Scientific and Technological Consulting Forum (FCCyT), for “patrimonial crimes against the public treasury.”

It is looking into 244 million pesos $(12 million) the group received over six years through Conacyt, under former President Enrique Peña Nieto.

In a press release, the Attorney General’s office noted the researchers involved created, authorized and funded a company with money earmarked for research, and then joined that company. They are being investigated for organized crime, money laundering, embezzlement and illicit use of attributions and faculties.

In response, a District Judge said there was no criminal act committed and rejected the request, arguing the researchers are allowed to receive and manage money, per Conacyt regulations.

Yet, on Oct. 5, the Attorney General’s office indicted the 31 researchers. It seeks to hold them responsible for the diversion of money from the public treasury.

Jesús Ramírez Cuevas, the general coordinator of Social Communications for the Mexican Presidency, said the FCCyT received 571 million pesos ($28 million) over 16 years, but it used only 100 million for science and technology projects, and the rest for operations costs.

On social media, academic institutions, members of the scientific and academic community and students and public officials have said the case amounts to persecution by the Attorney General, Alejandro Gertz Manero, toward Conacyt.

Others say it is in response to criticism by researchers of Conacyt, regarding how research is being handled under the current administration.

In a press release, the FCCyT said it is not a private company, as the Attorney General said. “All the accounts have been handed over to Conacyt accordingly.”

The general director of Conacyt, Maria Elena Álvarez-Buylla Roces, has distanced herself from the rift. When questioned about the accusations against the researchers, she said she wholeheartedly supports the country’s scientific researchers.

“I don’t know what you’re talking about. I didn’t come here to support the first Government of the Fourth Transformation [President Andrés Manuel López Obrador’s project] or to accuse anybody of anything. We are not the entities with the faculties or the responsibility for this case,” she said to the media on September 23, which journalist Raúl Adorno caught on video.

President López Obrador, who has placed all his trust in Gertz Manero, said at a press conference that researchers “blackmailed” the government in exchange for resources. In May 2020, he ordered a 75 percent budget cut in public administration costs, which included Conacyt, saying it is full of abuse and corruption.

“I believe in no impunity, in the law being applied fairly. Just because I’m a researcher, I don’t have the right to steal. Nobody has the right to steal, no matter who it is. What we have to do is make sure crimes are not fabricated, that vengeance is not behind it,” he said on October 11.

Another crucial point is the lack of opportunities in Mexico, something these government actions could worsen. Conacyt encourages research, and these accusations could hinder such efforts.

Researchers who benefited from Conacyt scholarships in the past, such as Salvador Navarro, a PhD in economics and a professor at the Western University, in Ontario, in Canada, saw better opportunities outside of Mexico. Navarro has lived in Canada for several years and says these types of problems in Mexico affect the reputation of Conacyt and its researchers.

“I don’t have anything bad to say about the researchers. If they have to be investigated, go ahead. I don’t see why being a researcher automatically makes you free of sin. But there’s no doubt this is affecting Conacyt’s reputation. Conacyt was one of the best things in Mexico. Very few countries support people in their studies like Conacyt does,” he told Zenger.

Navarro says he had to leave Mexico, his homeland, to seek out better opportunities. He says Conacyt helped raise the level of research. But unlike other countries, Mexicans have little tolerance for and understanding of the research community. People expect results that cannot be seen quickly or easily.

“I understand you’re using public funds. People want to know where that money is — if it’s in that new robot or that new policy to deal with poverty. A good deal of research is hard work, and you may not see results right away,” he said.

The Conacyt community asks for scientific research not to be “criminalized.”

Perla Fragoso, a researcher with Conacyt, said the government’s actions are part of a campaign to stigmatize and criminalize the institution and harm the overall scientific community.

“They are showing us that all researchers are unethical, that we spend that money on travel, that we don’t work or that we might use that research money on something else. When you start to criminalize one sector, it’s easy to criminalize them all, and we’re not criminals. We’re researchers seeking decent working conditions and social justice,” she told Zenger.

Carolina Robledo, a Conacyt researcher, said Conacyt has several aspects that sometimes conceal the precarious situation some researchers face, which is more evident with the budget cuts.

“There are different areas within scientific research. Some people start to earn a salary with no protections … We realize there are people who have profited off scientific research, who have pulled resources for their own benefit. But it’s a fact that those privileges are gone and now those of us in this sector have less labor security and don’t even have money for research,” she said.

As for the Oct. 5, indictments, the Chief Justice of the Supreme Court, Arturo Zaldívar, said the court will act “independently and impartially” in its duties.

Edgar Guerra, a Conacyt researcher, asks the government to focus on other problems instead of the research issue.

“There are structural problems, like a lack of positions to do research, low salaries, no retirement plan for professors, budgetary issues. The problem is this conversation is not taking place, and instead certain problems are being simplified,” he told Zenger. “A certain prejudice is being created around scientific research that means the serious conversation needed is not happening.”