Measuring the planet’s gravity field yields information about the massive storm and about jet streams that cause its bands. 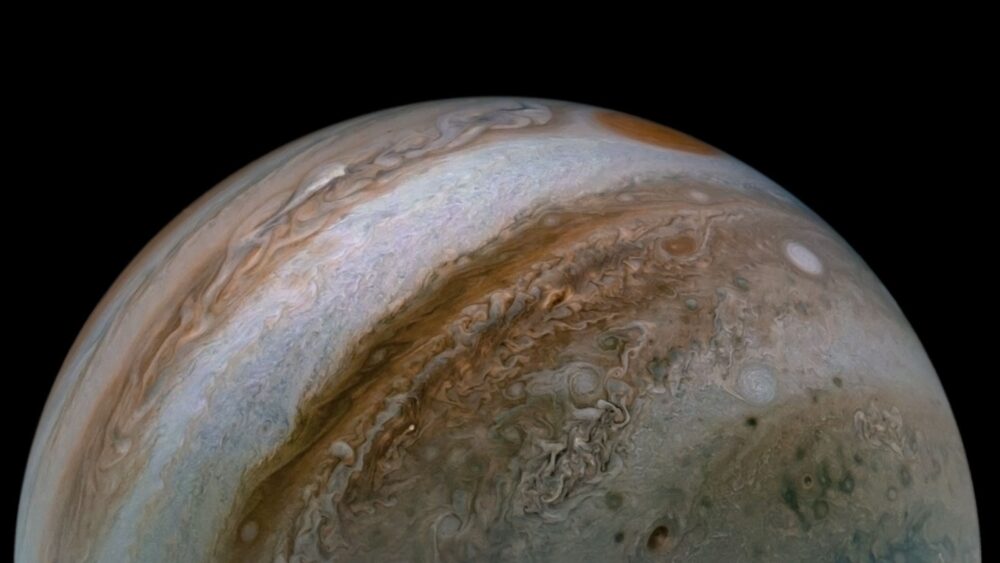 Jupiter’s Great Red Spot, a massive storm, was discovered centuries ago. Now, scientists at NASA and at Israel’s Weizmann Institute of Science are learning about its structure and depth by analyzing data transmitted from NASA’s Juno probe launched in 2011.

“We proposed an ambitious experiment that wasn’t part of Juno’s original program, but we thought that with a flyby above the Great Red Spot dedicated to gravity measurements, it could work,” said professor Yohai Kaspi from Weizmann’s Earth and Planetary Sciences Department.

“Since Juno arrived at Jupiter’s orbit [in 2016], we’ve been working like archeologists, only instead of digging below ground, we’ve been exploring what happens below clouds,” Kaspi said.

Marzia Parisi, then a postdoctoral fellow in Kaspi’s lab and now a researcher at NASA’s Southern California-based Jet Propulsion Lab, which manages the Juno mission, undertook the planning of the complex experiment.

Seven years later, armed with a wealth of precise measurements of Jupiter’s gravity field, Kaspi’s team and their collaborators have reported in Science and in Geophysical Research Letters that Jupiter’s Red Spot extends about 310 miles below the planet’s clouds.

They had earlier discovered that the high-velocity jet streams responsible for Jupiter’s iconic bands and zones extend downward from the clouds to a depth of about 1,864 miles.

Earth has two Ferrel cells, one in each hemisphere, that play an important role in the planet’s climate. Kaspi’s team found that on Jupiter — which is 11 times larger than Earth — there are 16 Ferrel cells. This is the first direct evidence of such cells on a gaseous planet, providing insights into climate dynamics on Jupiter.

On one of Juno’s passes around Jupiter, the scientists rotated the probe so that its microwave measuring instrument would scan the climate phenomena beneath the planet’s clouds. This instrument surprisingly revealed storms that are much smaller than the Great Red Spot, though still larger than Earth’s greatest hurricanes, extending dozens of kilometers below Jupiter’s clouds.

“To get an idea of its dimensions,” said Parisi, “if a storm of the same size started on the surface of Earth, it would extend all the way up to the International Space Station.”

​Produced in association with Israel21C.